Surprise! Marla Sokoloff — who played Gia on Full House and is currently on Fuller House — revealed her two daughters, Olive, 4, and Elliotte, 7, discovered the series on their own without her help. “I think kids at school told them about it,” she told In Touch. “I have no idea how they found it. It’s just the gift of Netflix, and they probably just [went] on one show, and it led them to another and they somehow got there.” 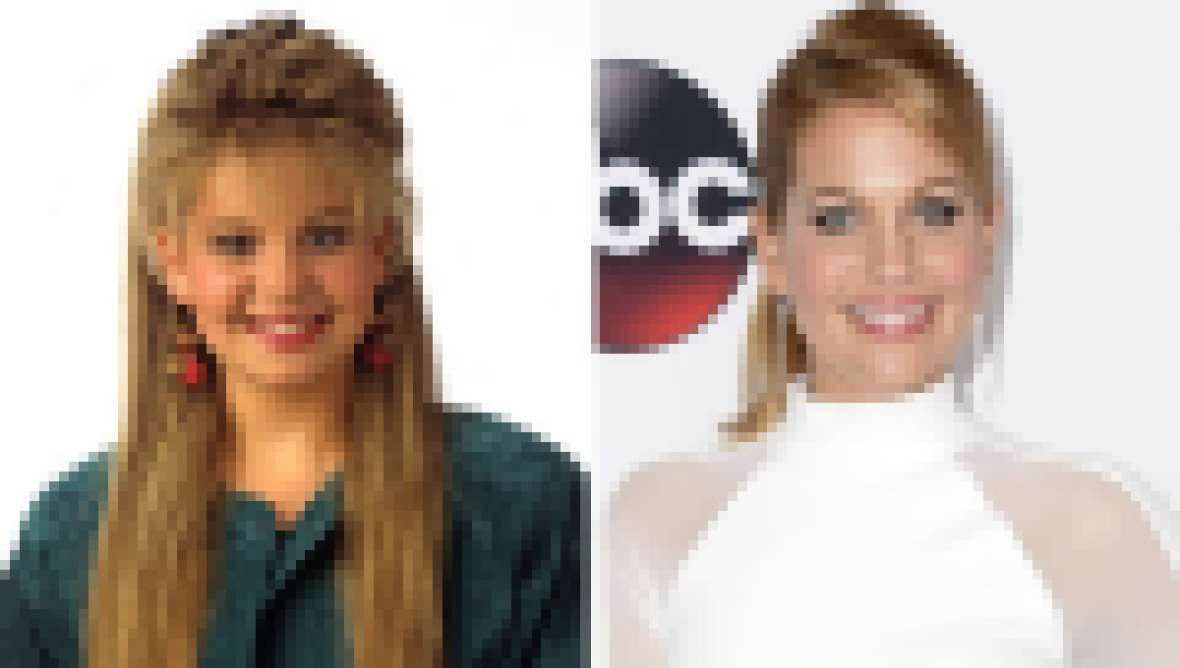 The Cast of 'Full House' Has Aged Very Well Since the 90s!

The 38-year-old added, “They are obsessed with Fuller House. I mean, sometimes I will come home from working on Fuller House, and I walk through the door, and they are watching Fuller House. They stream like 800 episodes of it. I am like, ‘Guys, we need to take a break!’”

Luckily for her kiddos, they get to visit the set with their mama. “Candace Cameron Bure will walk by them, and I see my daughter get so nervous,” she admitted. “It’s really funny. They just get really starstruck! They come to the taping, they can make it through one scene and then they have to go back to my dressing room because they get kind of bored. They are still really little, but they love just being actually on the set.”

The mom of two — who is married to Alec Puro — revealed her tots have watched The Babysitters Club, which Marla also appeared in. “My older daughter is obsessed with those books because they recently came out with graphic novels, so she really loves that as well.”

So, does Marla like that her kids watch her on TV? “Sometimes it’s kind of weird I think, but it’s also kind of cool that they get to come to work and see it all happen,” she explained. “It also makes me feel better that what I am doing makes kind of sense to them, and I am not just gone and flying all over and leaving them. I think it’s nice for them to have some sort of pay off.”

Even though the actress got her start in the entertainment industry at a young age, she is encouraging her children to get an education. However, she wouldn’t be opposed if they caught the acting bug. “I always tell them, ‘Find out what you are passionate about,’ and when you’re older, if it’s acting, being a lawyer, doctor, whatever it is, obviously, I will always support them,” she shared. “But definitely stay in school and figure that out.”

For now, the California native has been busy — she is currently directing a movie called Christmas Hotel and just released The Road Home for Christmas on Lifetime — but she is hoping to be the best role model for her kiddos. “On my toughest days when I feel so guilty for not being home, that is kind of what I tell myself — that it’s good for them to know that I didn’t give up and kept on going even on the toughest days when I thought I was going to quit,” she said. “I kept going and going and hopefully that is something they will remember.”

Marla is a mom, director, actor and more — is there anything she can’t do?