So cute! Miranda Lambert and her husband, Brendan McLoughlin, walked the red carpet at the 2019 Country Music Association Awards in Nashville on Wednesday, November 13, where they looked happier than ever.

Miranda, 35, dazzled in a hot pink patterned dress with a thigh-high slit. She kept her makeup look super glam and wore her hair down in long, loose waves. Of course, she had her supportive hubby, 28, by her side. He rocked a classic black tux but showed off his personality by opting for a velvet jacket. Overall, they looked like winners!

The blonde beauty is nominated for Female Vocalist of the Year, and we hope that she has a good reason to celebrate later on in the night. By now, the NYPD cop is used to attending star-studded events with the country singer. Luckily, he has adjusted to the limelight just fine. “To pull him into that world, I was like, ‘I’m sorry, this might be a shock.’ He just takes it like a champ. He’s better at it than I am,” the country star told People magazine in an interview published on October 30. 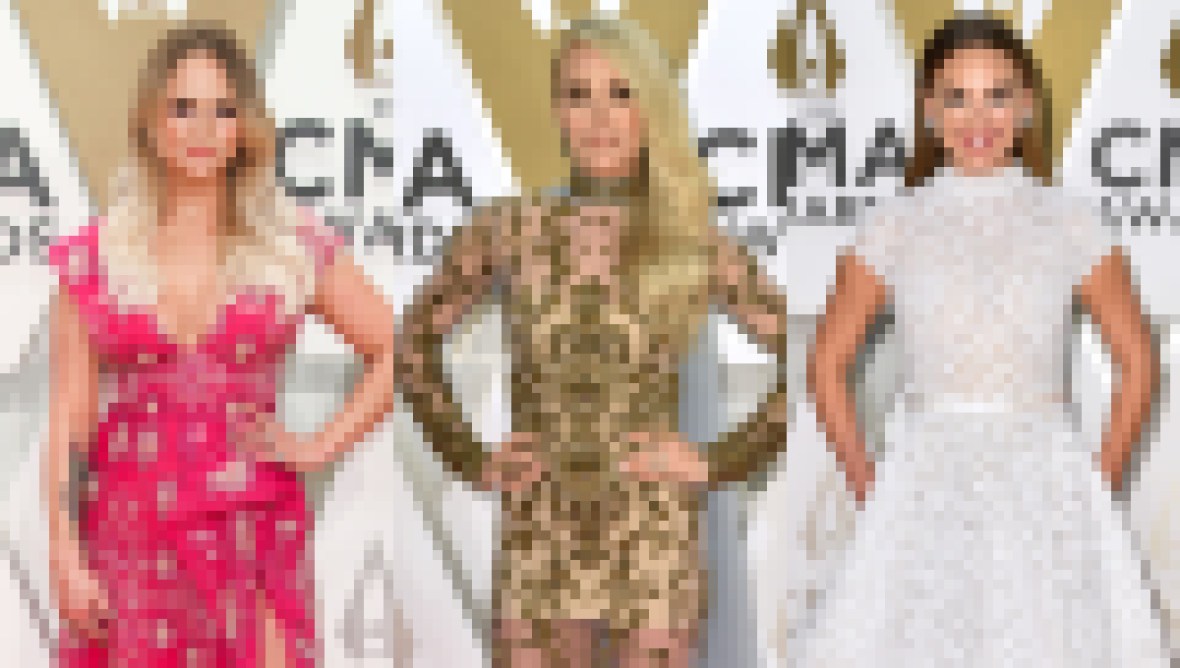 However, the “Little Red Wagon” crooner will most likely have to see her ex-husband, Blake Shelton, at the awards ceremony. The former flames both attended the ACM Awards in April, where she seemingly shaded the 43-year-old Oklahoma native during her performance. Miranda declared that she was happy to “get the hell out of Oklahoma,” where she once lived with The Voice judge.

The Texas native recently got candid about her previous marriage. “When everyone’s worried about your personal life, it makes you feel like, ‘Well, if you could just spend some of that time talking about my actual art, that would be great!’” she divulged to Health magazine. “But I guess I asked for it, getting into this business. I’m never gonna get used to the public eye in that way.”

These days, Miranda is smitten with man ever since she shocked fans and revealed she secretly got hitched in February. “I feel like I’ve been through enough in my life to know what I don’t want,” she told the outlet. “So, when I know what I do want, I snatch it right up.” So, was it love at first sight for the Grammy winner and the Staten Island native? “I guess so. If that’s a thing. I have eight dogs. Had love at first sight with them, too,” she joked. “Must be way easier than I thought.”

At the end of the day, Miranda is enjoying spending time with Brendan down south. “[Brendan] loves Tennessee and wouldn’t move back to New York because he’s so happy there,” a source exclusively told In Touch about their living arrangement. “He loves the Tennessee lifestyle.”