“#Preggers [yellow heart emoji],” the 37-year-old captioned a photo of herself showing off her baby bump in a bikini.

The “Barbie Tingz” rapper dropped a major hint about her pregnancy in February when she shared a video clip on Instagram of her man rubbing her belly. Naturally, fans speculated that she was pregnant at the time but she played coy when responding to one comment in particular.

“Why does he keep rubbing your stomach? Hmmm,” one fan wrote. Nicki replied, “Babe, u [sic] gotta ask him. He rubs my feet [and] my stomach. I’ma [sic] tell him stop rubbing my stomach tho [sic]. Cuz chile [sic] …”

That same month, the Queens, New York native teased fans yet again with another pregnancy hint. She captioned a photo of her and her hubby during their night out on the town for New York Fashion Week, “[Face with raised eyebrow emoji] When u [sic] let ya [sic] man drunk friend take y’all [sic] pics [woman facepalming emoji]. I got [two] days of pics that all look like this. But there’s a lot to celebrate. [red heart emoji] [folded hands emoji]. #Yikes deleting this soon LOL.”

Nicki and her husband tied the knot on October 12, 2019, in a secret wedding ceremony which she teased via Instagram. She met Kenneth, 41, when she was 14 years old and they briefly dated in the past. They reconnected years later and she went public with their relationship in December 2018. 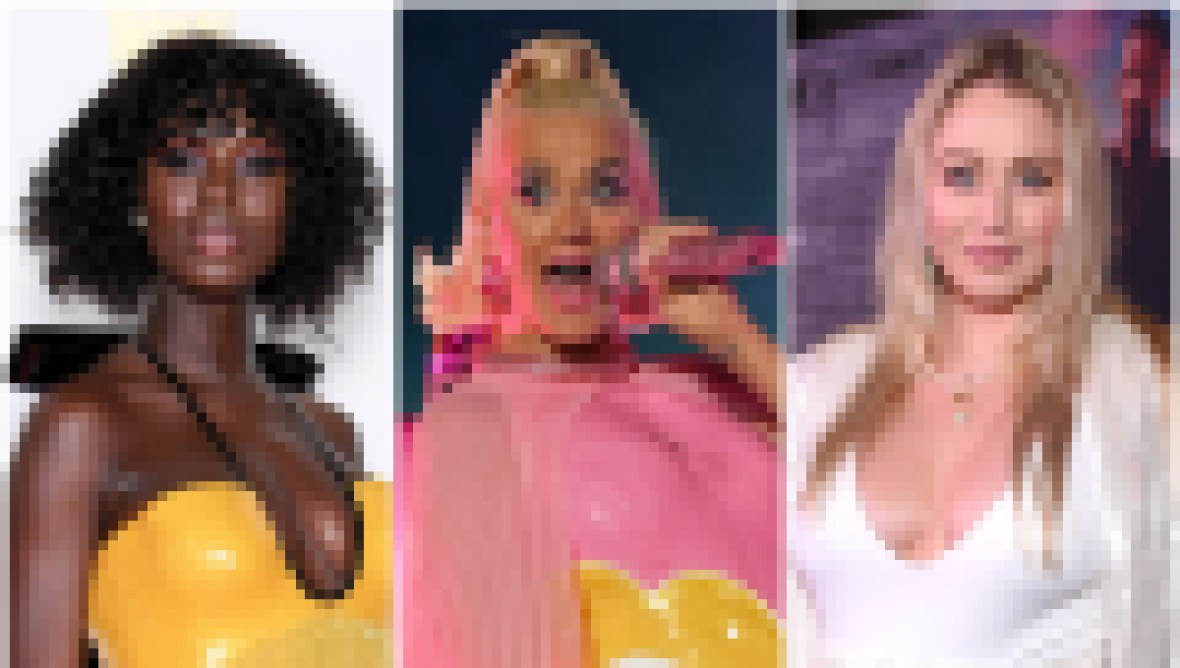 But their romance is not without controversy. Shortly after showing her man off on the ‘gram, Nicki received backlash from fans because of Kenneth’s checkered past. The music industry professional is a registered sex offender and was convicted of first-degree attempted rape in April 1995. He was sentenced to 18-54 months in prison. In 2006, he was found guilty of manslaughter. He was released in 2013 after serving seven years in prison.

Despite his past, Nicki continuously defends their relationship from trolls. “When a person is with a n—a that loved them before they had a dime in their pocket?” the “Megatron” rapper said during a July 2019 episode of her Apple Music Show, Queen Radio. “How do you not understand that? How do you not understand happiness vs. clout? How f–king dare you talk about lowering standards?”

The rapper cradled her baby bump.

“Love. Marriage. Baby carriage. Overflowing with excitement [and] gratitude. Thank you all for the well wishes. [yellow heart emoji],” she captioned this photo.

Congrats to the new mommy-to-be!