It’s been more than six months since Selena Gomez had a kidney transplant that almost took her life due to an emergency complication. Now, the 25-year-old’s best friend and donor, Francia Raisa, is giving chilling new details about the experience.

She donated her kidney to Selena hoping to help her combat Lupus — a disease the “Bad Liar” singer had been struggling with for years — but was not prepared for the recovery process. She said, “I didn’t want to eat, I didn’t want to drink anything.” And it wasn’t just Francia that had problems post-op. “Selena did have a complication, too,” she shared.

Hours after what they both had thought was a successful surgery, Francia woke up to a text from Selena telling her she was “really scared.” The Grown-Ish star said, “My kidney was very active, and when it turned it broke an artery. They had to take [Selena] into emergency surgery and get a vein from her leg and build a new artery to keep my kidney in place. She could have died.”

I’m very aware some of my fans had noticed I was laying low for part of the summer and questioning why I wasn’t promoting my new music, which I was extremely proud of. So I found out I needed to get a kidney transplant due to my Lupus and was recovering. It was what I needed to do for my overall health. I honestly look forward to sharing with you, soon my journey through these past several months as I have always wanted to do with you. Until then I want to publicly thank my family and incredible team of doctors for everything they have done for me prior to and post-surgery. And finally, there aren’t words to describe how I can possibly thank my beautiful friend Francia Raisa. She gave me the ultimate gift and sacrifice by donating her kidney to me. I am incredibly blessed. I love you so much sis. Lupus continues to be very misunderstood but progress is being made. For more information regarding Lupus please go to the Lupus Research Alliance website: www.lupusresearch.org/ -by grace through faith

Thankfully, doctors were able to stabilize Selena and she has fully recovered. But because the healing process was so difficult, Selena and Francia kept this procedure a secret from the public for weeks. Francia explained, “We didn’t want to tell anybody because recovery was very hard for us, and we went through a depression at the time. We kind of just wanted to be normal and not have that attention on us. I really left it up to her.”

While they both explained the situation in depth during an interview on The Today Show, it was really Selena who took it upon herself to share the news first with her 134 million Instagram followers. She posted a photo of herself and Francia in hospital beds — holding hands and smiling no less — on Sept. 14, 2017.

And although she may have left out the complication details that Francia is bravely sharing now, she took the time to thank her doctors, her family, and fans for being so patient during that difficult time. And, of course, honored Francia who gave her the “ultimate gift” that ended up saving her life. 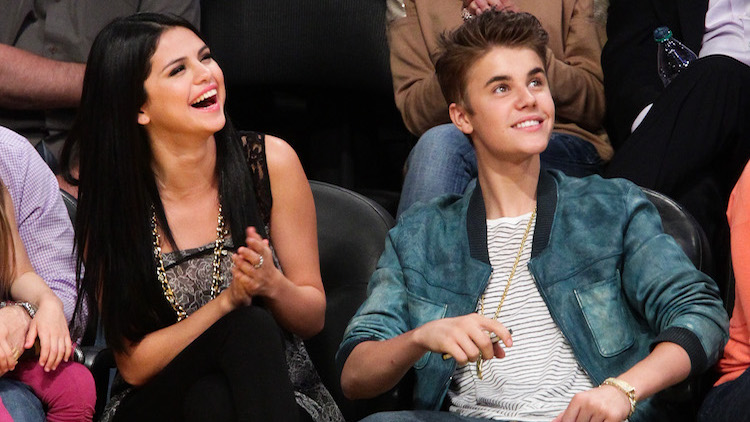 Selena Gomez and Justin Bieber Are "Talking Babies" Because the Heart Wants What It Wants, Obv (EXCLUSIVE)