There’s no denying it — she’s a star! Beyoncé‘s eldest daughter, Blue Ivy Carter, looked seriously grown up during her cameo appearance in the sneak peek clip for her mama’s new visual album, “Black Is King.”

In the short Instagram video posted by the 38-year-old on July 29, Bey’s daughter, 8, could be seen giving a big grin to the camera while rocking a white dress similar to her mom’s in a prior shot. The little starlet was seen a second time during a dinner table scene and donned an extravagant headpiece and a feathery top.

Considering this was only a small clip of the 85-minute visual album, we expect to see a lot more of the celebrity kiddo throughout the ambitious film, which is available to stream on Disney+ on July 30.

It’s no surprise to see the little A-lister taking part in her mama’s latest project. After all, Blue is all about embodying a true fashionista, just like mom. “She loves the whole process of getting dressed and glammed up, having her hair done and being photographed,” an insider exclusively told Life & Style. “She has an eye for fashion and is always by her mom’s side.”

Having such a famous, glamorous mama definitely has its perks — even Blue has her own “personal stylist,” the source gushed. “Blue’s stylist brings her one of a kind fashions for every day, for vacations, red carpet events, for family photo shoots, etc.”

Naturally, Blue’s stylist collabs with her mother’s team to pull together sweet family looks, including dad Jay-Z. “Oftentimes, Beyoncé will have their stylists work together to coordinate looks for the whole family when they are stepping out all together,” the insider dished. 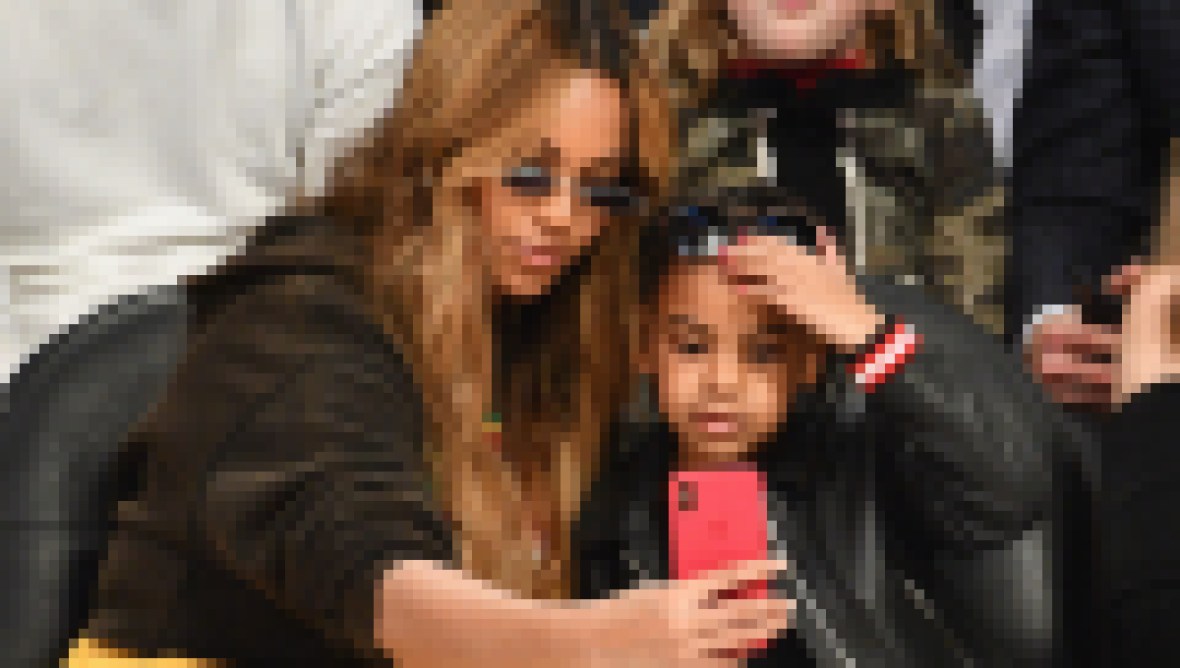 Beyoncé revealed she was pregnant with her first daughter during a memorable performance at the 2011 MTV Video Music Awards. You might remember her pointedly rubbing her belly after bringing down the house with her hit song “Love on Top.” Blue was born in January 2012.

In February 2017, the former Destiny’s Child frontwoman announced she was expecting twins in a gorgeous pregnancy photo flaunting her baby bump. Daughter Rumi and son Sir were born in June 2017 — but it looks as though they don’t appear in “Black Is King.” Hopefully, we’ll see them in the next surprise release!