Tell ’em, girl! Ayesha Curry had the most epic response to a man who tried to talk down to her on Instagram. The cookbook author clapped back at the troll by reminding them that her life is pretty freaking fab with her husband, Stephen Curry, and their three gorgeous kids.

“Stay in the kitchen,” the hater commented on a video the 30-year-old posted about her partnership with Spotify. “Which one?” Ayesha began her quippy remark. “[San Francisco], Houston, Miami or San Diego,” she said, referring to all the locations of her acclaimed International Smoke restaurants. *Passes out* Uh, not much more to say to that.

It’s no secret that the Canadian has made quite a name for herself outside of her NBA player hubby. She’s an author, television personality, restauranteur and designer. In addition, she’s an awesome mom to the couple’s kiddos — Riley, 6, Ryan, 3, and Canon, 10 months.

Feeling so blessed on this beautiful Sunday! I get to be these 3 munchkins mama. Watching them grow everyday is such a joy. Love my sweet babies. Happy Mother’s Day to all of the mommies out there! Blessed beyond all measure. 6,3 and 10 months !!! Where does the time go?!

The fact that she’s such a young success isn’t lost on the starlet. “I think a lot of people do not take me seriously,” she told Working Mother in an article that was published on Tuesday, May 14. “They think this is something I’ve obtained because of my husband’s income. That’s not true. He hasn’t invested a dime in my restaurant business.”

However, she’s used to people underestimating her and has crushed their expectations. Ayesha reflected, “It’s this weird hierarchy of misogyny … When my career was starting to take off, this male reporter bashed me on live television, saying I should be more like the other [basketball] players’ wives. He literally said, ‘They sit there, they don’t cause any problems, and they look pretty.'”

The silver lining is that the mom used that negative energy to fuel her passion. “That started a fire in me. I could not be stopped, and I wanted to prove myself. Now the conversation has shifted,” she explained. “Stephen doesn’t get any negative [questions] about me. Especially in the Bay Area, people say to him, ‘I like her food a lot,’ and that’s been special for me.” 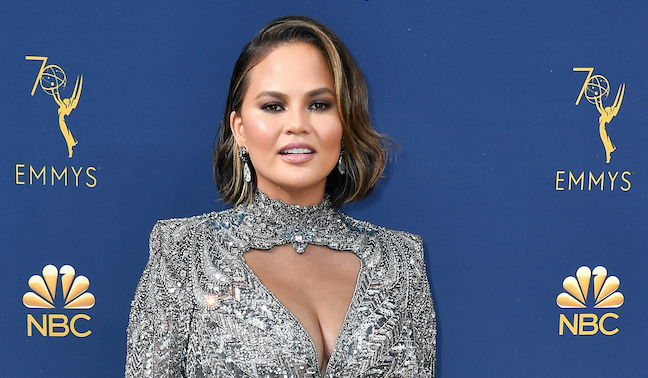 Chrissy Teigen Doesn't Give AF What You Think Of Her Short Hair — And This Epic Clapback Proves It!
Video