Dating around — well, sorta. Don’t Be Tardy star Brielle Biermann revealed she has lots of guys sliding into her DMs, but none of her dating prospects are all that interesting to her lately.

“There’s a few guys that I talk to but everyone’s just, like, boring,” the 23-year-old told Us Weekly on Saturday, September 26. “I need some excitement, you know? I told my makeup artist, like, an hour ago that I have a date tonight and she was like, ‘You’re just so unexcited about everything, aren’t you?’ And I was like ‘Yeah, I don’t really care.’”

The Bravo star’s mother, Real Housewives of Atlanta alum Kim Zolciak-Biermann, told the outlet her daughter gets messages from men from “all walks of life” — and they even send scandalous photos to Brielle.

“I’ve seen more d—k pics on [her] phone in a day than I’ve ever seen in my entire life,” the 42-year-old said of the attention her eldest child gets from interested suitors. “It’s like mind-blowing. They’re, like, Facetuned. They’re, like, 24 inches long. It’s absurd. All these f—king guys do this. And we just cry laughing every day.”

Brielle added she receives the majority of her flirty messages from celebrities and folks in the entertainment industry. “I feel like that’s really the only people who reach out to me,” she dished, adding that while she has “a ton” of inquiries at her disposal, “they’re all weird.”

Ultimately, the Instagram influencer wants to build a connection with someone who isn’t from her hometown. “See what I’m looking for is somebody who doesn’t live in Atlanta, so I have a reason to travel and get out of my house,” Brielle explained. “So, until I find that, it’s not happening.” 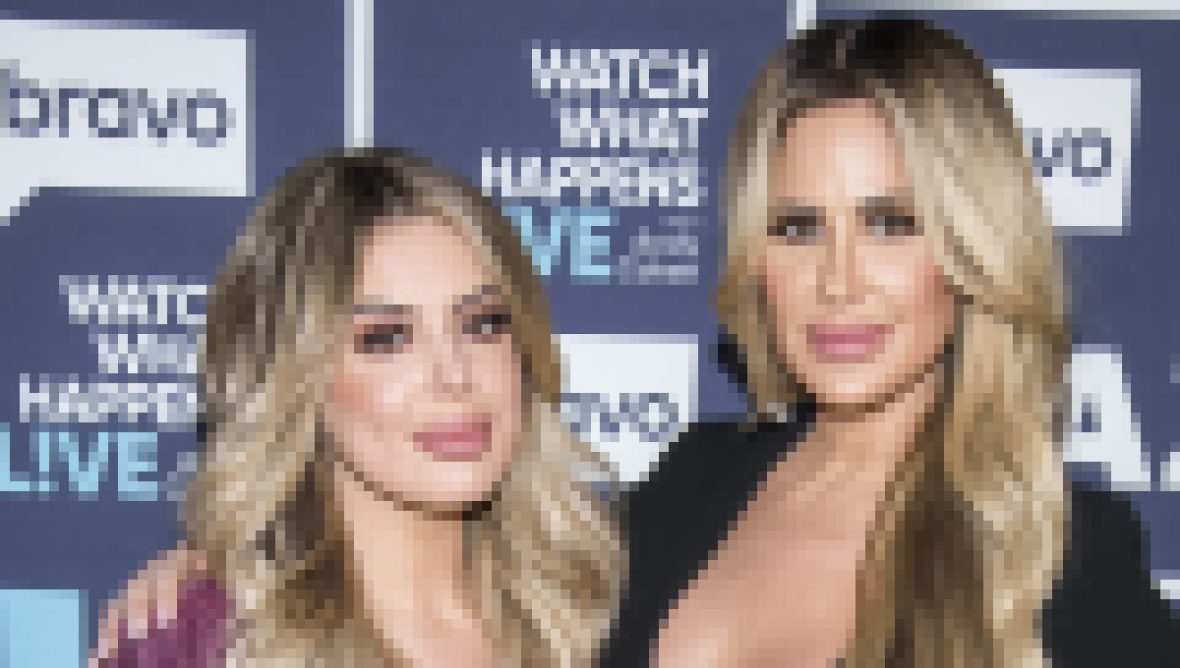 Recently, the reality starlet got backlash for an Instagram photo in which she was sitting on dad Kroy Biermann‘s lap during his birthday celebrations. Fans found the photo inappropriate and left scathing comments. “My mind doesn’t go there. He’s my father. It’s disgusting,” she told Us after the fan response to the September 13 photo.

Her mother wasn’t happy with comments either. “She was sitting on Kroy’s lap taking a picture, and there’s all [these] odd, strange comments. And she’s like, ‘He’s my dad.’ People are just flat out insane,” Kim exclusively told Life & Style.