Poor Bethenny Frankel. The Real Housewives of New York City star has been having a rough week. After Patti Stanger revealed she would never play matchmaker for the reality star, Halle Berry threw some serious shade at her on national television.

The Oscar-winning actress was on Watch What Happens Live when Andy Cohen asked her about her time as the Miss Teen All American in 1985 — alongside the Skinny Girl businesswoman. “I was not competing against her. I have the crown on,” Halle slyly replied on the Bravo talk show.

Ouch! However, that was nothing compared to what Patti said of Bethenny when asked if there was one celebrity she refuses to work with.

“I just feel like when people are mean to other people, they don’t deserve love,” Patti said at the WE tv‘s Season 2 Premiere of Million Dollar Matchmaker screening in NYC. She went on to explain her feud began with Bethenny when she bullied her co-star Jill Zarin.

MORE: Former Reality TV Besties Who Definitely Won’t Be Getting Together for Drinks Anytime Soon

“She hurt our feelings, me and Jill. We were really close, and there are parts of me that still love [you] Bethenny, but I would want an apology,” she told Life & Style exclusively. “Why did you go behind my back and talk to my clients, which you know [she] did, because I used to fix her up — and more importantly, why did you hurt Jill while [her husband] Bobby [Zarin] is sick? You can’t make a f–king phone call to Bobby and say, ‘how are you?’ Because, you know, he may not make it. This is not a game, this is real life.”

Oh, and in case you were wondering about those now infamous Halle “pregnancy” pics, the 50-year-old claims she was just switching poses on the red carpet. “[I] was not holding my stomach. I put my hands on my hips. That was not a moment. It was a transition.” 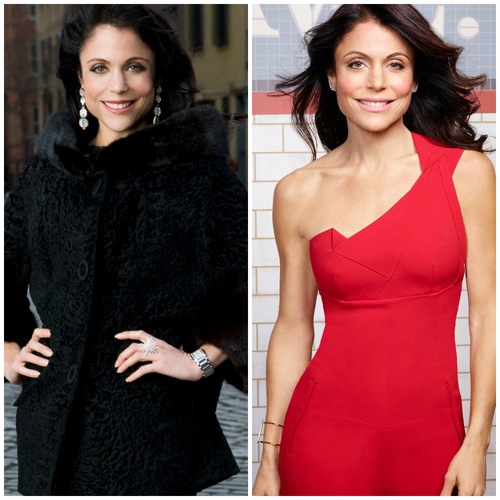 'The Real Housewives of New York City' Cast — See the Stars Then and Now!
Top stories