In 2010, five young lads walked into the The X Factor competition hopeful — and left it, stars. OK, now that we’ve already started crying, let’s just begin here: One Direction quickly became a global phenomenon and we loved every second of it. And as we move into 2020, their tenth anniversary year, we’re ready (are we?) to revisit their legacy.

Thrust back into the competition as a fivesome selected by Simon Cowell after being eliminated from the boys’ trials, Harry Styles, Liam Payne, Zayn Malik, Niall Horan and Louis Tomlinson finished third in the English talent competition … and amassed droves of U.K. fangirls throughout their time on the series. They were immediately signed by Simon’s SYCO Records after the show ended. 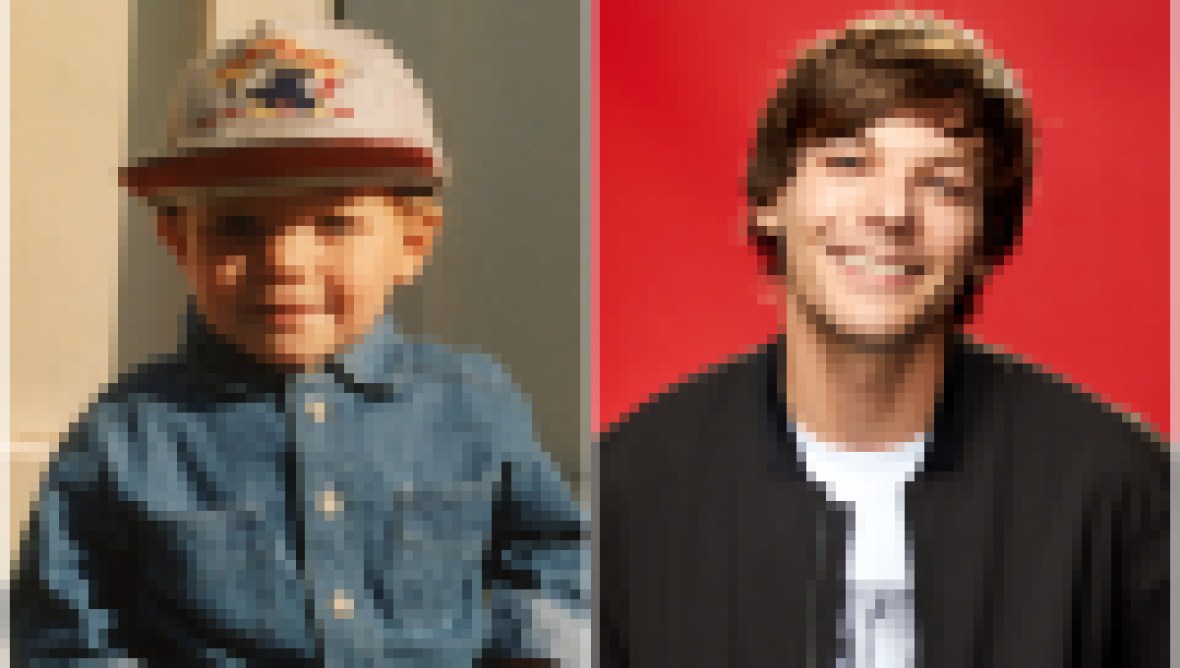 He Lights Up Our World! See Louis Tomlinson's Transformation From 1D to Now

The boys went on to record five studio albums — Up All Night, Take Me Home, Midnight Memories, Four and Made in the A.M. — and garnered international acclaim for their bad-boy charm that gave way to actually great vocals and undeniably catchy tunes. They toured the globe, they did a heartfelt documentary about their rise to fame and they even used their celebrity for humanitarian causes. In a few words, we stanned and still stan.

Though we wanted it to, good things such as these can’t last forever. In March 2015, the band announced that Zayn would be leaving the group — a devastating blow for fans everywhere. Though they continued on without the Bradford native for another tour and subsequent album (MITAM, which some say is their best), they officially parted ways as a band in 2016, calling it an “indefinite hiatus.” 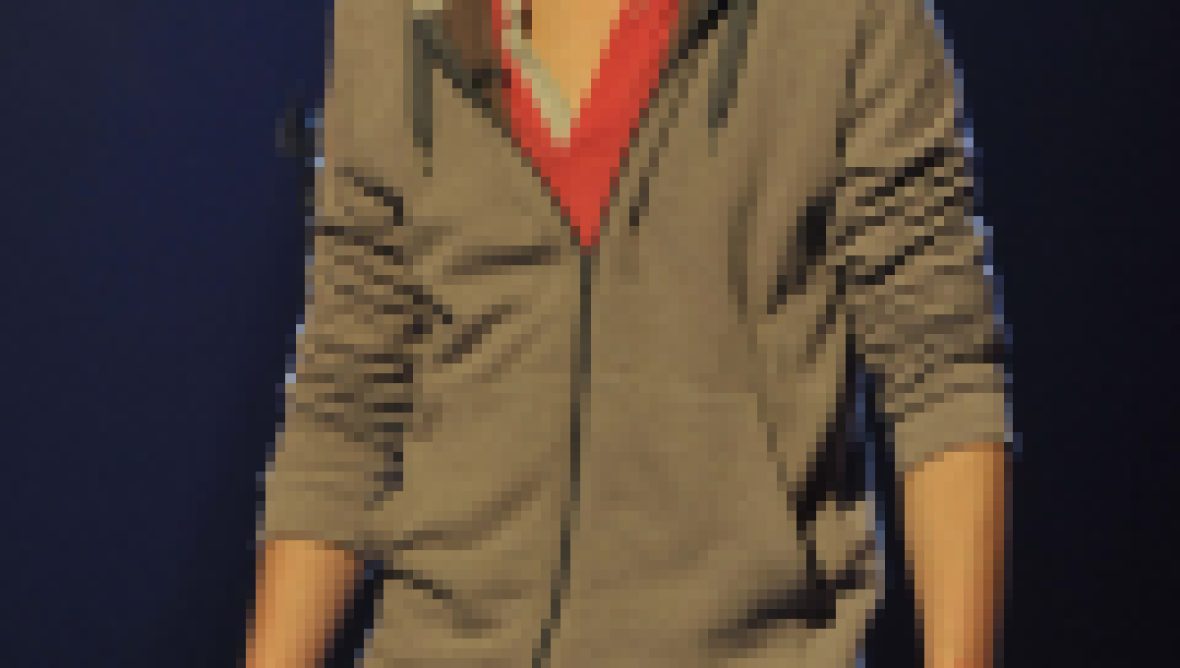 All of the guys went on to foster successful solo careers — but it looks like that 2020 reunion we’ve been dying for may actually happen … sorta. According to the group’s PR firm, Simon Jones, through an immersive fan experience website called 10 Years of One Direction, fans will be able to unlock never-before-seen pieces of the band’s ~history~, including “an archive of music videos, artwork, TV performances, behind-the-scenes and rarely-seen content.” There will also be new musical content on Apple Music and Spotify, including “B-sides and rare songs, remixes, live recordings and acoustic versions of tracks.”

So, if you’re feeling nostalgic and you want to see how much your five favorite boys changed from the very beginning of our time with them, you only have to keep on scrolling — and wipe those tears before you ruin your keyboard. Scroll through the gallery to see Zayn, Harry, Liam, Niall and Louis then and now.

This one is a lot to handle. In 2010, Harry was the mop-topped, chubby-cheeked class clown of 1D, who actually had some serious pipes. Though it would be a few years before his voice fully blossomed into the powerhouse it is today, he was fun, impressive and definitely the standout member onstage. And he was just the nicest boy.

Fast forward to ten years later — and try not to get emo. The Holmes Chapel native has two record-breaking, chart-topping solo albums under his belt, with the latest being the emotional and gripping Fine Line, which debuted in December 2019. He’s hosted and performed on SNL, he’s covered Rolling Stone twice. He even counts the legendary Stevie Nicks as both a dedicated fan and a close friend. He’s growing into the rockstar we always knew he could be and he’s just getting started.

Our favorite Irish boy. In 2010, Niall was the baby-faced bottle blond with braces — and the cutest accent. The token Irish member of the band, he was funny and fiercely underrated, always stirring up trouble with his wit and sarcasm. Definitely our vote for the Most Adorable Member of the band.

Nowadays, Niall’s gone back to his natural brown hair — and found his voice. His first album, Flicker, was released in 2017, and it topped charts globally upon debut. He toured the album with friend and country star Maren Morris and released his second album, Heartbreak Weather, in March 2020.

The self-proclaimed “daddy” of One Direction, Liam was the voice of reason for the band in the early days. With a swooped hairdo to rival Justin Bieber‘s in his early days, he brought a crooning sweetness to the group and definitely showed off his sensitive side. He always hyped up the rest of the boys on stage — in general, he was a joy to watch.

Present day Liam is a whole different guy. While still sweet, cuddly and funny, the lad we once knew has changed. He’s developed a bit of a hip-hop and R&B sound and has almost exclusively produced club tracks since the band’s hiatus. His first album, aptly named LP1, was released in December 2019, debuting at No. 111 on the Billboard 200 Charts. He even had a son, Bear, with ex-girlfriend Cheryl Cole in 2017, just a year after the band split.

Ever the mysterious one, Zayn was pretty down to Earth — and you’d know that if you’d ever watched This Is Us, the seminal documentary of the group touring the world. He was always one to get in on the joke and he seemed to be a great friend, especially to Liam. Plus, he was a wildly talented singer for his age. The group always entrusted the highest and flashiest solo parts to him.

Since then, Zayn has gone on to release two solo albums, PILLOWTALK and Icarus Falls … and otherwise mostly lay low. He has been in a high-profile relationship with model Gigi Hadid for the majority of his time spent away from 1D, which kept him somewhat in the public eye. The couple revealed they were expecting their first child in April 2020. But generally, he spends long periods of time staying away from social media and doesn’t do too much promo. One thing is for sure: his music, especially his last release, remains excellent.

The eldest of the group, Louis was the unsung glue that held the group together. He was a jokester and a bit aloof, but it was always in good fun. And when they got on stage, he lit up and got to work. As many 1D fan accounts will show, he was usually the one singing the harmony that kept our favorite melodies alive. Without Lou, who knows what the band may have sounded like.

It took the Doncaster native a little while to get his footing as a solo artist, but he finally released his first solo album, Walls, in January 2020 — four years after 1D went on hiatus. Since the group split, Louis released a host of singles that all did fairly well on the charts, but his die-hard fans were waiting for a full record to feast on. Aside from his music, he became a father to son Freddie in early 2016.