Bailamos! Rosalía performed “Juro Que” and “Malamente (Cap.1: Augurio)” at the 2020 Grammy Awards — and needless to say, the 26-year-old completely brought down the house at the Staples Center in Los Angeles. The pop star dazzled in a white jumpsuit with fringes along with white kicks as she danced on stage. 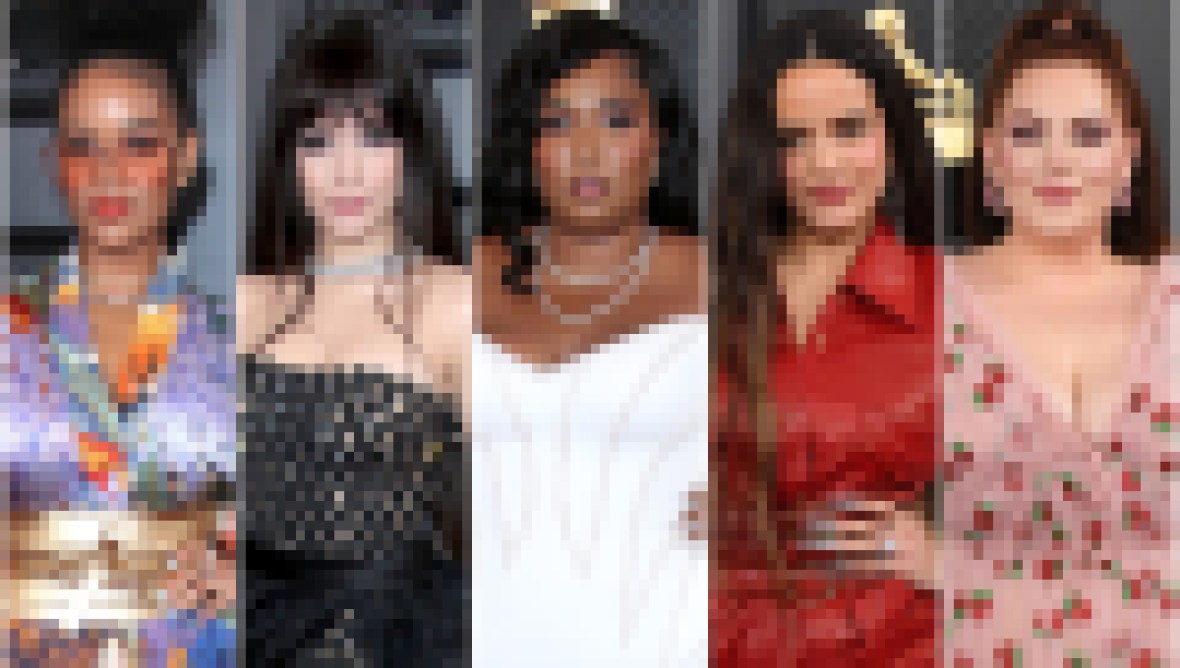 Clearly, fans couldn’t get enough of her sexy performance and were impressed with her killer moves. One person wrote, “Rosalía is that girl. #Grammys,” while another echoed, “If I could dance like Rosalía, I’d never stop moving. I’d be at the bank DANCING, at the grocery store DANCING, in bed DANCING.” A third person added, “She’s the best.”

The brunette beauty is clearly riding high off her nominations this year — the Barcelona native was honored in  both “Best Latin, Rock or Alternative Album” and “Best New Artist.” In fact, Rosalía made history this year with her “BNA” nom, as the first all-Spanish language artist to be recognized for the award. Additionally, she is the first all-Spanish language performer at the ceremony ever. Kill it, girl!

Plus, everyone who is anyone has been rubbing shoulders with the hot new performer … including some of our favorite celebs. Kylie Jenner was spotted getting her dance on during the songstress’ set at Calibash 2020 at the Staples Center on January 12.

The KUWTK star was even spotted getting cozy with Rosalía backstage that night. Kylie, 22, posted a photo of the dynamic duo cuddled up on the couch together, captioning the image with a diamond ring emoji. “WifeyyyyYyYyY,” the singer commented on the cute pic. Rosalia also posted the photo to her own feed, captioning it, “I said yessss.” Kylie wrote on the Spaniard’s repost, “Taken.”

How did these two get metaphorically hitched so fast, you might be wondering? We think it may have something to do with Kylie’s ex-boyfriend and baby daddy, Travis Scott. The rapper, 27, and Lil Baby collaborated with her on the remix of “Highest In the Room” in December 2019 — so clearly, it seems as though she and Kylie have been building a friendship through that channel.

It was too cool to see Rosalía hit so many milestones during this 2020 Grammys performance. To many more in her future!