The new season of The Bachelorette hasn’t even started yet, but the drama is already underway. Bachelor Nation watched Becca Kufrin get her heart broken by Arie Luyendyk Jr. on national TV, so naturally viewers are hoping she’ll find love once her season begins. But, according to a new reddit thread, one of the guys from her season isn’t only interested in getting to know her. [Warning: Possible spoilers ahead.] The scandal started when Raven Gates and Adam Gottschalk revealed on a podcast that one of Becca’s contestants was DM’ing her Bachelor co-star Tia Booth. Uh-oh.

“The drama started from Raven and Adam saying a guy on Becca’s season was DMing Tia,” one fan wrote. “We don’t know if it’s Colton [Underwood]. But Colton expressed his interest in Tia several times on Twitter and they are following each other on Instagram so people speculated Colton is the guy they were talking about.”

Alright, back up… Becca’s season is still in production and one of the guys is already hitting up another girl? And not just any other girl. Tia. Aka The Bachelor fan-favorite and Raven’s BFF who really wanted to be the next Bachelorette.

The fan continued, “It was before the filming started. No evidence showing he was eliminated but there is also no evidence supporting he is still there.” Another fan shed more light on what Raven and Adam discussed during the podcast. “Lots tea was spilled on this podcast. Not just DM,” the user added. “Adam thinks Tia is picky but she only sees what is on the outside — good looking, tall etc. — but not if the guy is smart and can challenge her. There may be a little scandal on Becca’s season. Our mind will be blown away. Adam asked them to ask Tia if she had ever met a guy (long distance) who she had never met in real life and if she had ever flown out to wherever he lives and he asked them to ask her explain to audience what kind of weekend they had. Raven says he might be foreshadowing this season.”

Some users think that the flirtation between the contestant (possibly Colton) and Tia will be used as a storyline during the season. “Wow that would be so awful if Becca’s season involves Tia in it somehow. She needs to back off,” another fan wrote. One fan defended Tia writing, “I mean… it said he DM’d Tia not the other way around lol, I’m surprised how much people still dislike Tia.”

Fans of the show will have to wait until May to see the drama unfold onscreen. But, these new rumors beg to question how much control producers have about leaked storylines. “Does anyone else find it weird that Raven and Adam mentioned this in a podcast?” another fan questioned. “Would producers want what I assume is going to be the big drama storyline of the season out there before the season is even done filming?”

The Bachelorette airs Monday, May 28 on ABC. 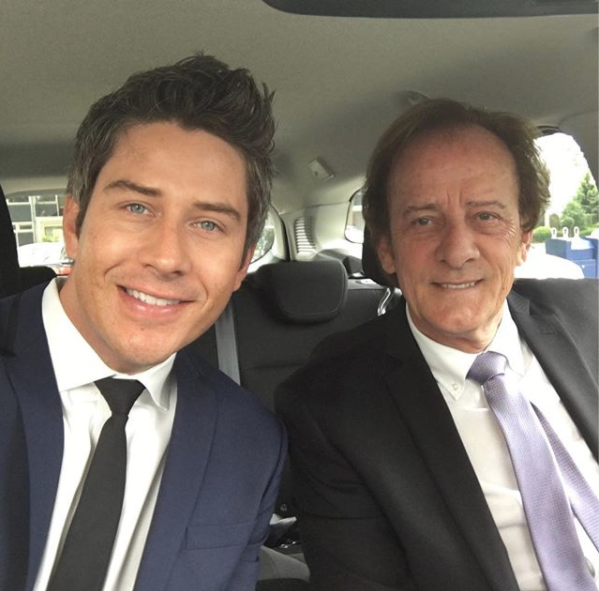