Sorry, Katy Perry. It looks like Cade Foehner is off the market. The American Idol singer performed an emotional rendition of The Little Mermaid's "Kiss the Girl" on tonight's Disney-themed night — and it was pretty obvious he had a certain girl on his mind.

When asked by host Ryan Seacrest if he there was someone in particular he was thinking about during the performance, Cade responded, "Possibly." The camera quickly panned over to fellow competitor and singer Gabby Barrett, who was covering her face backstage. "I thought I saw someone in the lounge paying very close attention," Ryan added.

Obviously, this did not sit well with Katy, who has had a crush on the rocker since his very first audition. "How long has this been going on?" Katy, dressed as Snow White, asked before jokingly attempting to flip over the judges' table. Let's just say we have a feeling Katy will be getting rid of that strand of Cade's hair she pulled out a couple of weeks ago.

Okay be honest. Who wants to be the girl that @CadeFoehner’s singing about? #DisneyNight #AmericanIdol pic.twitter.com/xrNXOzQpRs

While Katy is against the on-screen romance, fans of the reality dating were definitely shipping Cade, 21, and Gabby, 17, — already dubbing them #Cabby. "I SHIP IT!!!," one viewer wrote. Another added, "Last week Katy Perry drops a hint about @CadeFoehner and @GabbyBarrett dating & this week @RyanSeacrest drops hints. The most exciting news all night so far."

Gabby and Cade performed a duet on social media, which she coyly captioned, "Cowboy, take me away" complete with a heart emoji. We see you, Gabby and Cade. "They are so cute," one follower commented before another pointed out, "So this has been a minute." Previously, Gabby was linked to co-star Jonny Brenns, after the duo sang a rendition of Coldplay's "Fix You" on Instagram. However, it seems she has moved on following Jonny's elimination before the Top 10.

Don't forget to vote for Cade and Gabby so their romance can live on! 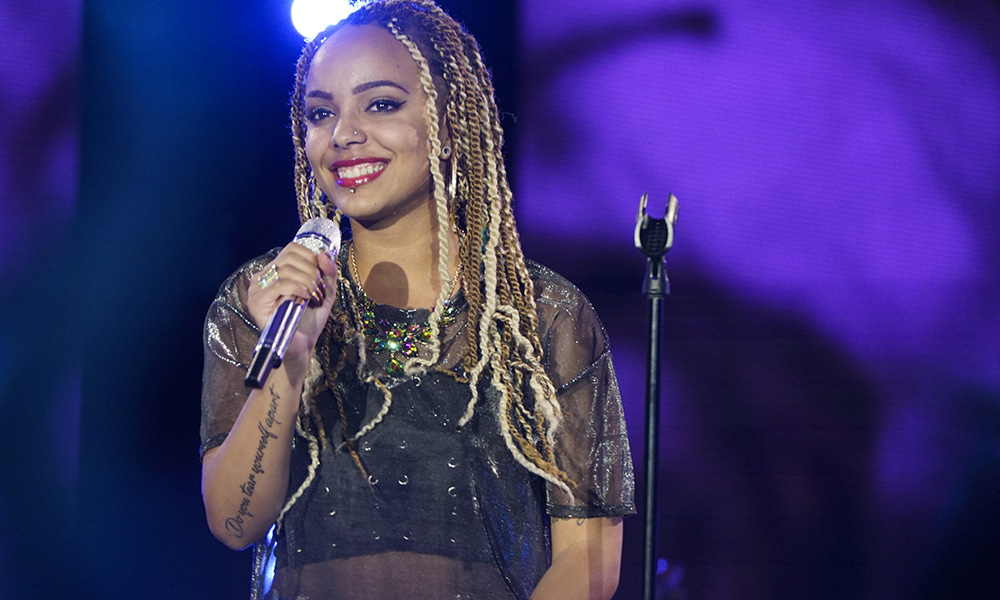