Artwork on artwork! Kim Kardashian proudly showed off the Hermès bag her daughter North West hand-painted for her before her first birthday amid drama over the 7-year-old’s art skills on Tuesday, February 9.

It all started when the 40-year-old shared a screenshot of a tweet with a photo of the bag to her Instagram Stories. “Hating on a kid that painted this as a baby???” the post read. “North been that girl.” Kim captioned the post, “Awwwe, my 1st Mother’s Day present from my Northie.”

The Keeping Up With the Kardashians star then pulled the purse out of her collection to show it off to fans in a short video. “I just wanted to look at this masterpiece, guys,” Kim narrated the clip as she held the designer bag up to the camera. “This bag, North painted for me when she was not even 1 [year] old. What a beautiful masterpiece. [She’s] such a great artist. Right, North?” She even highlighted the big orange handprint on the pricey accessory and had her daughter compare it to her hand now, seven years later.

The purse in question is a Hermès Herbag, often referred to as the “little sister” to the Hermès Kelly bag. The two purses look extremely similar in design. However, the Kelly has been a consistent style over the years, while the Herbag was discontinued in the mid-2000s and revived in 2009. Current versions of the Herbag in canvas and leather retail for $4,000, though it’s clear Kim’s version is priceless due to her daughter’s art.

In October 2014, the E! personality opened up about the bag, which was part of a hybrid gift from North and her father, Kanye West.

“Kanye had a box [with an Hermès purse in it] and I opened it up and it was all painted really cool and on my computer was this message that said ‘Play’ and it was a video of my daughter sitting outside painting the purse,” the California native told Us Weekly at the time. “I had thought it was this new artist who had painted this purse [but] it was my daughter. It was amazing.” 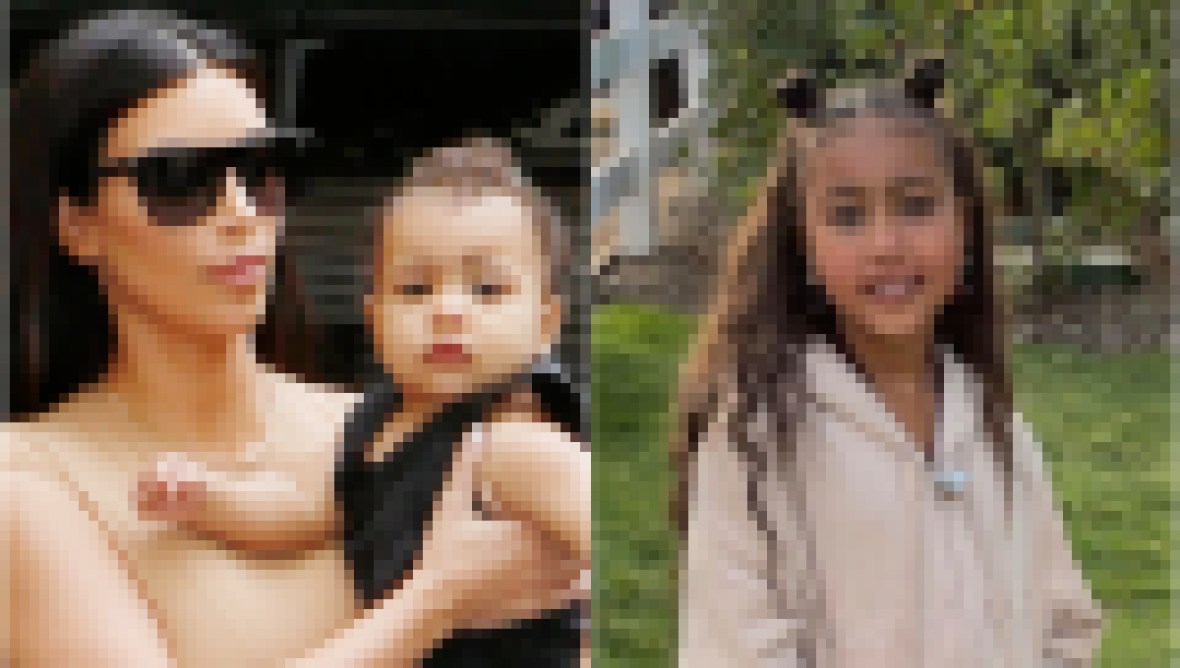 A Future Superstar! See North West's Transformation Over the Years

The posts came just a day after Kim slammed fans for suggesting one of her daughter’s paintings may not have been done by her. “My daughter and her best friend have been taking a serious oil painting class where their talents and creativity are being encouraged and nurtured,” she wrote via her Instagram Stories. “North worked incredibly hard on her painting, which took several weeks to complete.”

“As a proud mom, I wanted to share her work with everyone. I’m seeing op-ed pieces in the media and social media from grown adults breaking down whether or not my child actually painted this!” Kim added. “How dare you see children doing awesome things and then try to accuse them of NOT being awesome!?!?! Please stop embarrassing yourselves with the negativity and allow every child to be GREAT!!! NORTH WEST PAINTED THAT PERIOTDDDDDDABCDEFGZFDT!!!!!”