It seems Tristan Thompson’s cheating scandal is not only negatively affecting his relationship with Khloé Kardashian. Kylie Jenner is reportedly having second thoughts about her baby daddy Travis Scott after her sister’s NBA boyfriend was caught being unfaithful. And all this stress is causing Kylie major anxiety.

“Kylie’s sick over what Khloé is going through, she’s hurting bad for her sister,” a source told Hollywood Life. “But it’s also causing her another kind of anguish, it’s kicked off a lot of anxiety about her own relationship. Her biggest fear is getting cheated on. She trusts Travis but the lesson she’s getting from what’s happening to Khloé is that you really can’t ever know. No matter how good things might seem to be going at any minute there’s the potential that the other shoe might drop, that terrifies her. This is having a massive impact on Kylie’s emotional well-being, she’s dealing with bad anxiety over this.”

Kylie, 20, and Travis, 25, welcomed daughter Stormi Webster on Feb. 1 but before her arrival, there were reports that the “Goosebumps’ rapper was cheating on the 20-year-old KUWTK star early in her pregnancy. Apparently, he had a summer fling with a woman he met on the set of his music video, a source revealed to In Touch. “He can’t be that serious with Kylie,” the insider added. “He’s hooking up with another girl! It’s really sad because Kylie obviously wants to make this relationship work.”

However, it seems Stormi has made the couple’s relationship stronger than ever. “Kylie and Travis are doing great,” a family source dished to People. “Stormi has definitely brought them closer.” The same can’t be said for Tristan and Khloé, who is currently in labor and preparing to give birth to her baby girl in Cleveland. At least, Tristan will be allowed in the delivery room… for now. 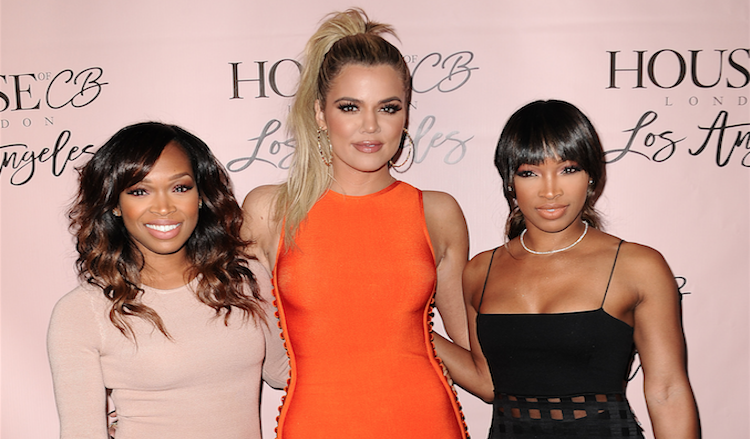