She has a high-profile dating life! Amber Rose is happily with Alexander “AE” Edwards after welcoming their son in October 2019. However, the model has previously dated a lot of very eligible bachelors (and seemingly one woman from Love & Hip Hop). She was previously married and shares her 7-year-old son, Sebastian, with Wiz Khalifa. She also famously dated Kanye West, James Harden and 21 Savage. 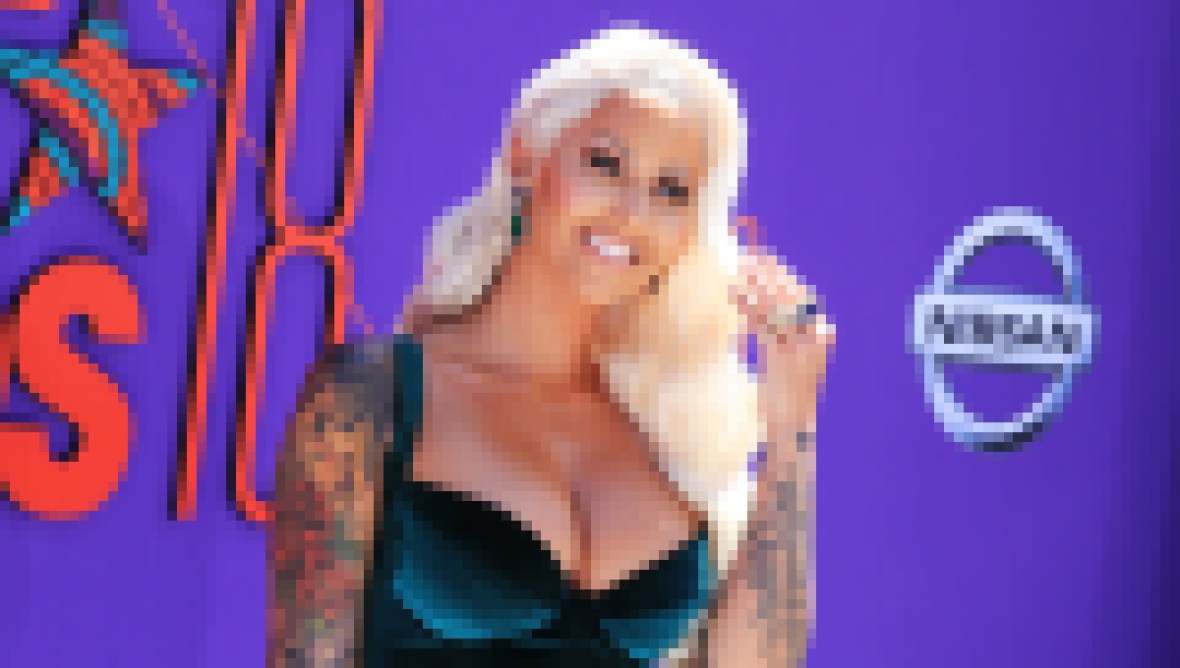 How Did Amber Rose Get Famous? It All Started With a Ghost Story

These days, she’s committed to rapper AE. They began dating in 2018 and welcomed their first child together, son Slash Electric Alexander Edwards, the following year. The model revealed the pair tied the knot in January 2020, and they are still going strong.

“Thank you for loving us so much and being the Amazing father and husband that you are! We are so grateful to have you,” Amber wrote in a sweet birthday tribute to her man in September. “This is [your] year! [Your] talent, heart, personality, smile and dance moves won me over [two] years ago. You blessed me with a beautiful lil baby boy Slash and became the coolest stepdad in the world for my beautiful big boy [Sebastian], and for that, I am forever thankful. Now let’s enjoy [your] bday like never before! I love you, sweetheart.”

Prior to AE, Amber’s most serious relationship was with Wiz. The pair wed in 2013, the same year she gave birth to their son, Sebastian Taylor Thomaz, but they were divorced three years later. 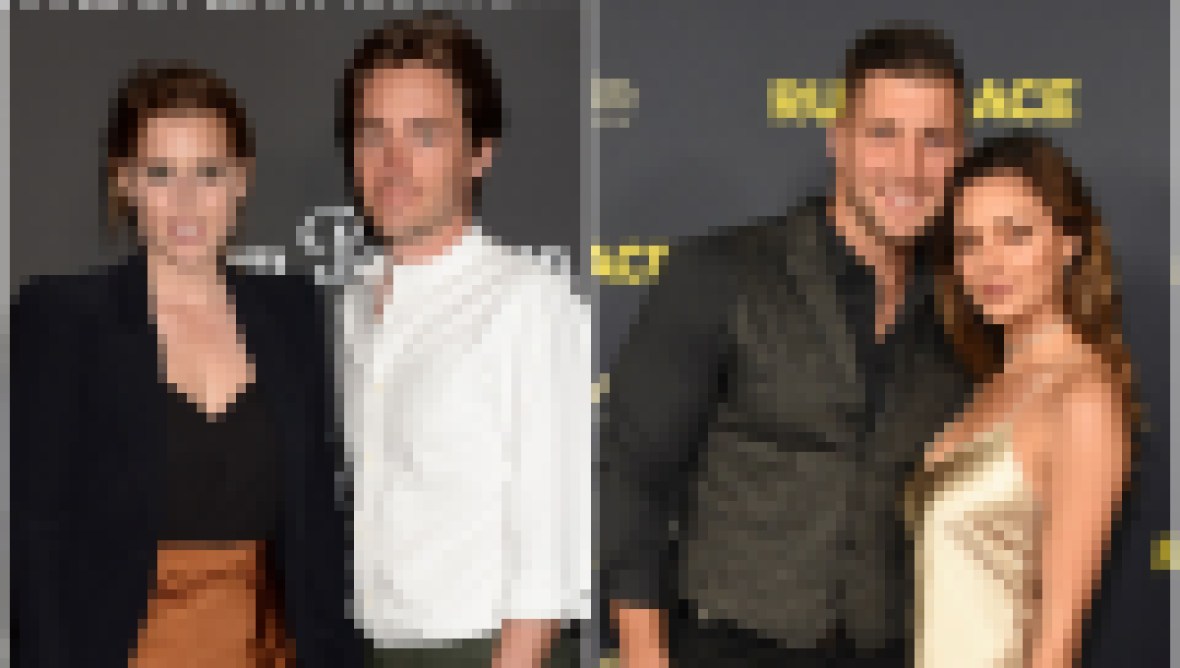 “I think that we just wanted different things in our lives,” Amber told Larry King about her and Wiz’s uncoupling during an interview in 2015. “Being married in the public is not easy. Having access to pretty much any and everything we want is not easy. We still love each other.”

Going from husband and wife to coparents was a process. “Right now, we’re just working on co-parenting and learning how to be friends. He’s at my house a lot for the baby. I’m at his house,” she explained.

Luckily, things are a lot less tense between the exes and they have both moved on with new partners. Keep scrolling to see Amber’s dating history and we debunk a few rumors!

Amber gave birth to her and Alexander’s first child in October 2019. Her rapper boyfriend is thrilled about their new chapter together. “Even when it’s dark … my SON will shine … Thank u baby 4 my greatest gift. S—t wild!” he wrote to accompany a photo of Amber during an ultrasound. The couple first met back in 2015 but weren’t romantically linked until 2018.

The rapper and model were first spotted hanging out in the summer of 2017. By July of that year, they were sporting matching diamond watches and their relationship just kept growing. “She’s a real cool woman. She treats me like a king, you know. It is what it is,” he told Real 92.3 LA at the time. “[She] makes me do s—t that I don’t normally do, like take vitamins and drink water.” The two split in March 2018.

This unexpected duo met because Amber was partnered with Val‘s brother, Maksim, during season 23 of Dancing With the Stars. They dated for five months before calling things off in February 2017. “She’s an amazing woman and I feel very lucky to have gotten to know and love. An amazing mother, an awesome friend, a loving human period,” Val wrote on Instagram at the time to confirm they had broken up.

The professional basketball player and Amber had a short fling in 2016, while he was apparently still married.

Amber and the wide receiver had rumors swirling about them for a few years. People were especially suspicious after they were hanging out at Coachella together in 2017. “No, you know what, Odell is literally one of my best friends in the entire world,” Amber told The Jasmine Brand. “We are very, very close, very tight, we talk a lot.”

In June 2017, Amber said she and Machine Gun Kelly were “enjoying each other’s company for sure.”

This relationship was short but sweet. “I have a Valentine this year,” Amber gushed to The Breakfast Club in February 2015. “Me and James have a very special friendship.” Although she noted that she “didn’t get ‘the D’ yet,” she coyly said it was a possibility “if he acts right.” They fizzled out in March 2015.

Rumors swirled around these two after a video showed Amber grinding on Chris in the club. It turns out, she was just trying to make Wiz jealous. “I did some petty shit because my feelings were hurt … Like, dancing on Chris Brown at the club,” she admitted to The Breakfast Club. “Chris Brown [is] family, he’s like my brother … It was like, I’m being petty but it wasn’t with someone that I [had] potential to be with. She noted, “It was literally a 20-second dance.”

Amber and Quincy had fans scratching their heads for years. According to Amber, they’re just extremely close friends. “Quincy’s been my friend even before I met Wiz,” she confessed during the interview and added, “Quincy is my baby but he’s not bae.”

Here’s another rumor that can be put to rest. Fans accused Amber of feuding with Khloé Kardashian because she may or may not have had a relationship with French. “I was never dating French. French loves Khloé. French is just my friend,” the former dancer promised at the time.

Surprised? Amber had a fling with Gene Simmons‘ son. They were spotted getting cozy in October 2014 and left the club together after a long night of dancing all over each other.

During the season 3 reunion of Love & Hip Hop Hollywood, Rosa claimed she had a relationship with Amber. “I love her very much,” the reality star said after being asked if they dated. “We’re still very good friends.” However, she later confessed that their public smooches were “for show” and played up for the cameras.

Wiz and Amber tied the knot in 2013 and divorced three years later. Their breakup was a long, drawn-out process, and it was clear that both parties were hurting. She finally covered up the tattoo of her ex in August 2017.

Before there was Kimye, there was … Amye? Kanber? They were first linked together in 2008 and dated for two years. They’ve had a few awkward Twitter battles, but all their beef has seemingly been squashed.