Big yikes! Dance Moms was plagued by scandals through the years. From coach Abby Lee Miller’s prison stint to assault charges and surprising truths about the series, the Lifetime show came with a lot of drama. 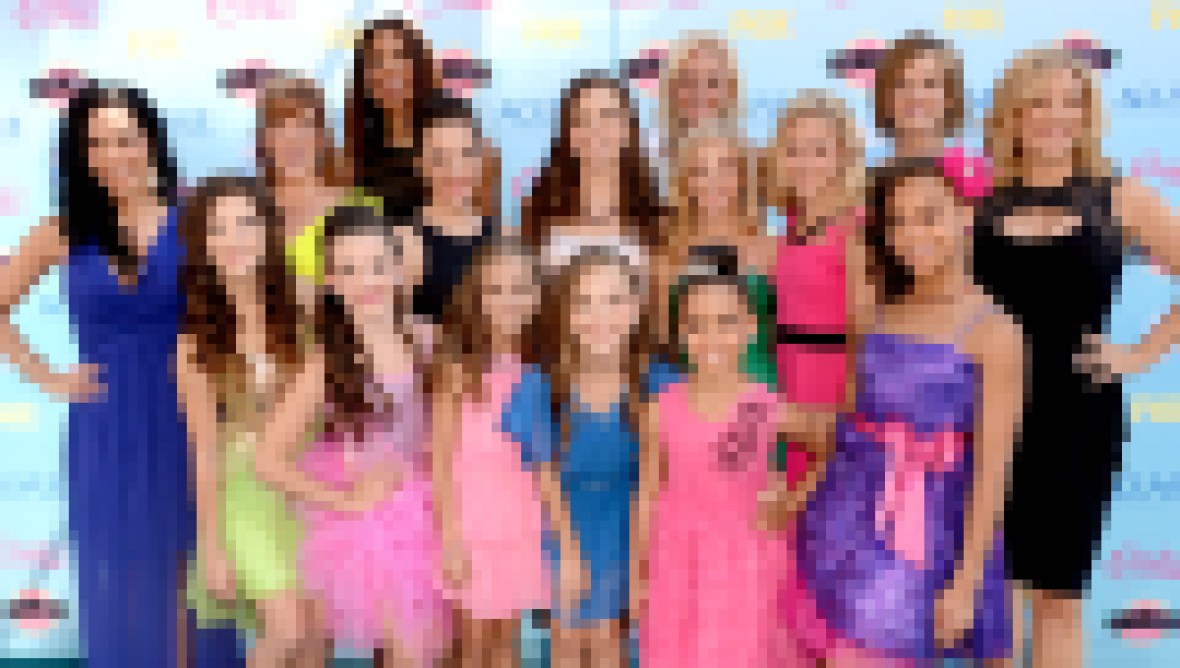 While it appeared the girls were longtime teammates, Nia revealed in a 2018 YouTube video that they actually had to audition. “It was basically a casting call with interviews and then you had to send in a video of yourself dancing,” she said.

That’s not to say the show was exactly scripted. Maddie claimed the producers nudge the cast to squeeze out every last drop of drama. “It’s hard to do a reality show when there’s so much crying and drama. The producers set it up to make us all yell at each other,” the Book of Henry star told USA Today in 2017.”

She continued, “You know how I said that moms do fight? The moms have to fake a fight sometimes … Afterward they just start talking and laugh about it.”

As far as how the actress feels toward her fellow dancers, Maddie only had positive things to say. “All of the girls on the show, they’re my best friends,” Sia’s dance prodigy noted. “I [had] so much fun getting to work with my friends and my teachers and dance.” 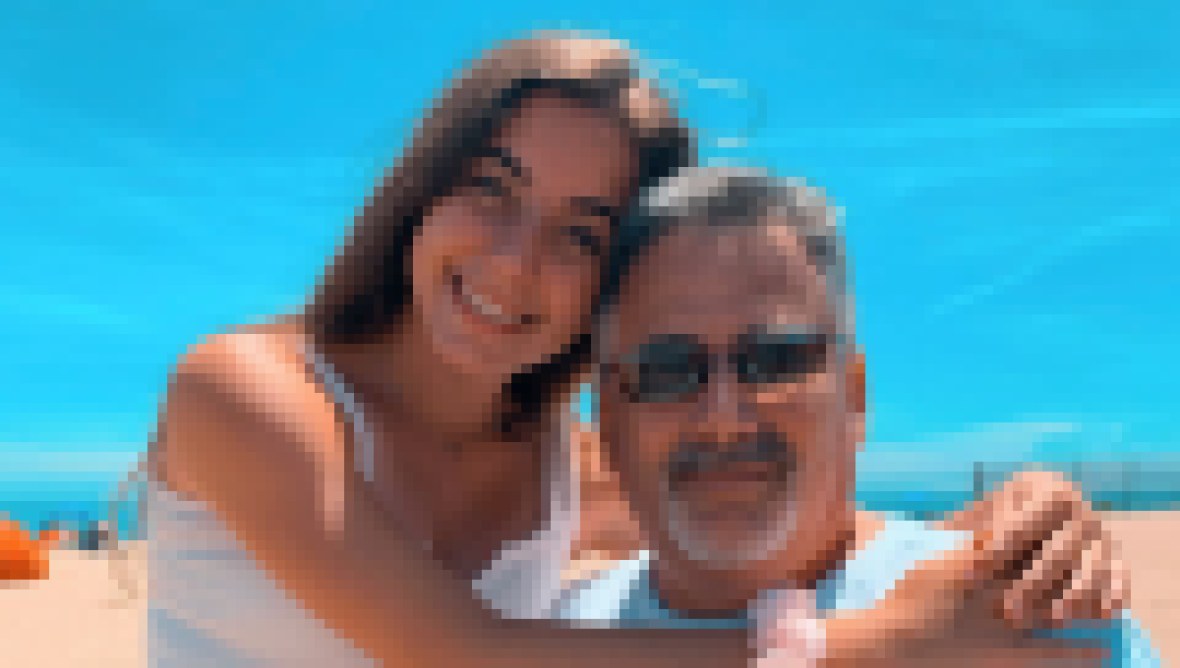 However, not every dancer left on a sour note. JoJo is still quite close with Abby and even defended her after Brooke shared a shady post about the choreographer.

“Facebook telling me I have a new friend suggestion,” Brooke documented in a now-deleted TikTok in May while zooming in on Abby’s name. She then flipped the camera around to show herself making an awkward facial expression before shaking her head “no.”

“It’s one thing to just not add her back. It’s another to post it,” JoJo replied to her former costars post, according to TikTokRoom.

Whether or not you love Abby, there’s no denying her dance studio was filled with drama. Keep scrolling to see the biggest scandals through the years!

The longtime dance coach was indicted on 20 counts of fraud in October 2015, including allegedly creating secret bank accounts in Australia to hide almost $1 million of income amid her chapter 11 bankruptcy proceedings.
She reached a plea deal with federal prosecutors and was charged with concealing bankruptcy assets plus one count of not reporting an international monetary transaction. She was sentenced to 366 days in prison but was released after serving eight months.

Abby Versus the Hyland Family

Paige and Brooke abruptly left Dance Moms after a heated dispute between Abby and their mom, Kelly Hyland, turned physical. Kelly was arrested and charged with assault over an altercation where she allegedly slapped Abby and pulled her hair. However, a judge at the Bronx Supreme Court later dropped the charges against Kelly in April 2015. She was required to spend two days in “counseling” and stay away from Abby for six months.
Paige later pursued a lawsuit against her former instructor for assault, in which she claimed Abby hurled a chair at her. A judge ruled there was insufficient evidence for the claim and dismissed the case in October 2015.

Taking the Routine a Step Too Far

Abby received intense backlash after her pre-teen team performed a risqué, burlesque-style routine. The episode, which was titled “Topless Showgirls,” featured the young dancers covered in pink feathers and wearing flesh-toned tights in bras that intended to have the effect of being topless.
Needless to say, it was deemed inappropriate and the network eventually pulled the episode from future reruns and left it off the season’s DVD.

It came as a major surprise when JoJo’s mom, Jessalynn Siwa, admitted that her daughter, who was 9 at the time, is a natural brunette but she dyed her hair blonde.

The Truth Behind the Pyramid

The infamous “pyramid,” which pits the dancers against each other as they compete for the top spot, was actually a gimmick created by the network, Abby claimed.
That’s not to say she didn’t relish in the concept. Chloe said on her YouTube channel that the pyramid segments of the show took hours to film. “Imagine standing there for two hours listening to your dance teacher talk, and more of the time she’s telling five out of six children how horrible they are,” Chloe said.

Despite being Abby’s golden child throughout the series, Maddie completely snubbed her longtime coach in her book, The Maddie Diaries. In fact, you won’t find Abby’s name one time mentioned.

Perhaps the scariest incident to happen during the run of the show was when a deranged “fan” sent suspicious packages to the studio for JoJo. Postal employees called in the bomb squad due to the suspicious nature of the parcels.
An investigation revealed a 36-year-old man sent inappropriate and obscene items to the pre-teen and was arrested. He was sentenced to 3 years in prison.

Chloe left the show following season 4 after getting “kicked out” of the studio. She claimed on YouTube that she and her mom refused to sign a contract that allegedly had weight restrictions and gave Abby a 10 percent cut of the money she made.

The rest of the cast has not held back when it comes to their true feelings about the studio owner. “People think that it’s gotta be for the cameras, and it’s not,” Kendall’s mom Jill Vertes told Australian daytime show Studio 10. “It’s really who she is … You can all attest that she would be worse when the cameras were off because she really doesn’t want everybody to hate her.”
Nia shared the same sentiment on YouTube, “There were some things that they couldn’t air actually because they were a little hard.”

Maddie told People she’s never actually watched a full episode of Dance Moms. “We lived through it, so I don’t feel like we have to watch it, and it was just so much drama that I don’t want to see it again,” she explained. “I learned a lot of lessons. I had the craziest time when I was with her and on that team … I was stressed at 11 years old, which shouldn’t happen.”

Abby was slotted to star in a new show called Abby’s Virtual Dance-Off, but it was canceled in June 2020 following season 8 star Kamryn Smith’s mother, Adriana, releasing a lengthy statement accusing the coach of racist behavior.
Adriana detailed an alleged conversation between the two on set at the Abby Lee Dance Company studio in Los Angeles. “Do you remember you told me, ‘Do you want me to tell you why you are really here?’” the reality mom wrote. “LOL, as if I didn’t know … again, showing your superiority. Let me remind you what you said in case you forgot! You told me to ‘LOOK in the MIRROR!’ [Kamryn] told me she heard ‘they needed a sprinkle of color.’”
Abby apologized for her behavior on June 4. “I am truly sorry. I realize that racism can come not just from hate, but also from ignorance,” she said in a statement addressed to Adriana, Kamryn and all of “those in the black community.” She continued, “No matter the cause, [my behavior] is harmful, and it is my fault. While I cannot change the past or remove the harm I have done, I promise to educate myself, learn, grow and do better.”