Beauties! Farrah Abraham and her daughter, Sophia Abraham, shared some behind-the-scenes pictures from their latest photo shoot on Wednesday, September 16. Based on one clip the former Teen Mom star, 29, posted to her Instagram Story, the theme of the shoot was “back to school.”

Naturally, Farrah totally brought down the house with all of her glamorous looks. In one selfie, the Ex on the Beach alum stunned in a white ruffled blouse paired with a bold red lip and soft curls. From the looks of it, Farrah also lightened her hair with lots of blonde highlights. As for Sophia, the 11-year-old clearly enjoys being in front of the camera — just like her famous mama. She was all smiles while the glam squad dolled her up!

Unfortunately, in the past, Farrah has been forced to defend her parenting choices, especially when it comes to letting Sophia wear makeup and get her nails done. “Allowing Sophia to be creative in her art and discovery of beauty is nothing to be ashamed of,” Farrah previously told In Touch.

The Nebraska native went on to explain that encouraging Sophia’s interest in beauty isn’t just about self-expression; it’s also about being educated on the best hygiene practices after her own “near-death experience” at a nail salon. “I realized Sophia should learn about nail health and safety to prevent what I had,” the Love Through Limelight author explained. “I’m happy Sophia will be prepared and educated about nail wellness.” 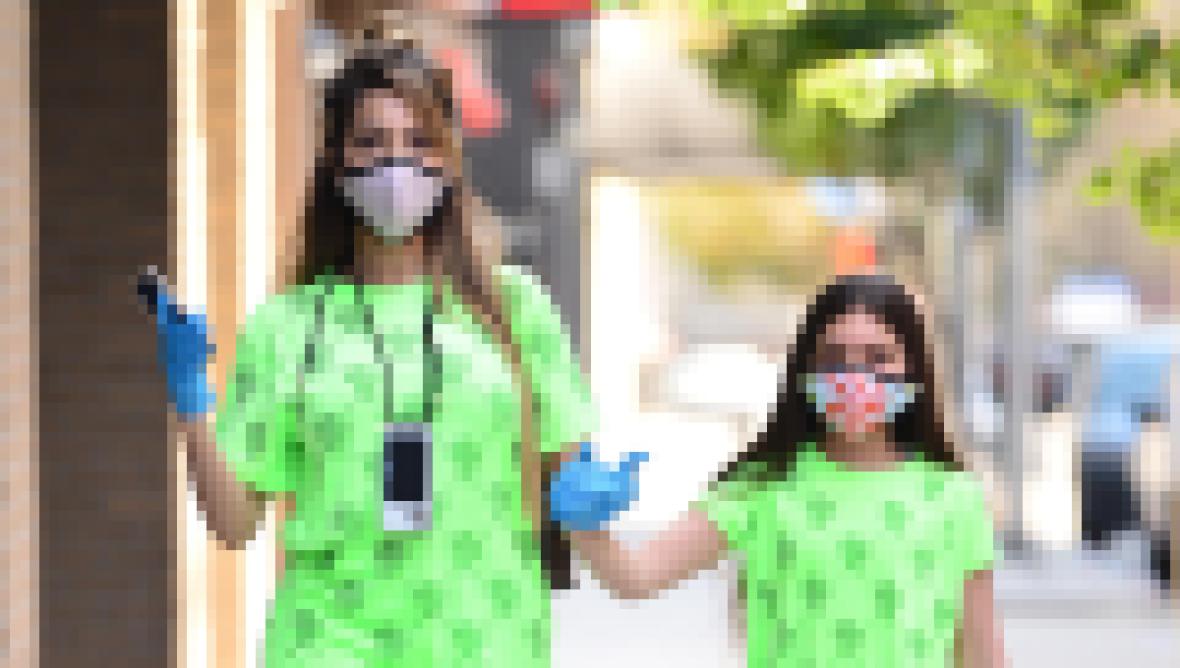 Even with her emphasis on education, Farrah and Sophia still receive a lot of hate and backlash on social media. Ultimately, the reality TV personality believes “shaming” children is never OK. “Physiologists clearly show that is bad for kids,” Farrah added. “More parents should guide and educate their children to be prepared for the future.”

Overall, she does her best to use her “celebrity, power, drive, work ethic and profession” to “help and lift others up.” As for Farrah’s success? She attributes it to her daily affirmations. “Keep telling yourself good things!”