Haaaave you met Ted’s girlfriends?! How I Met Your Mother may have been about how Ted Mosby (played by Josh Radnor) found his future wife and the mother of his two (incredibly patient) children, but there’s no denying that we met a lot of women who weren’t the mother of his children along the way. Cobie Smulders, Ashley Williams, Cristin Milioti, Sarah Chalke and more talented actresses played his various love interests through the seasons, and they each had an unforgettable stint on the longtime sitcom. 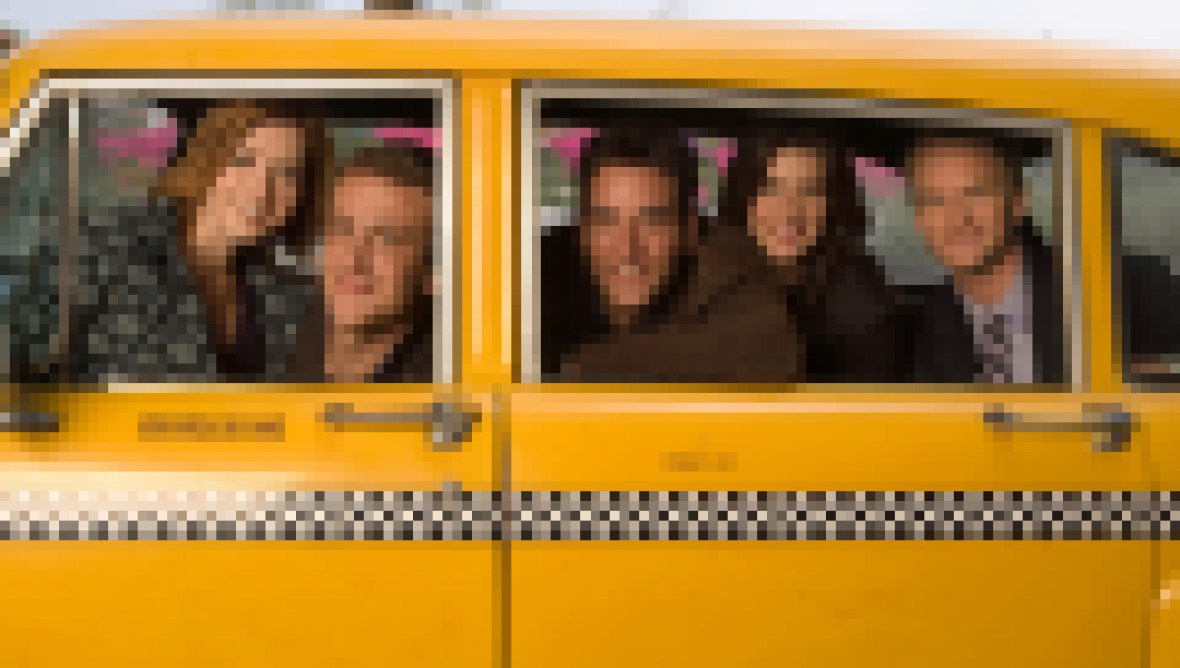 Think You Know Every ‘HIMYM’-Themed Phrase? Test Your Knowledge!

And lucky for Ted (or should we say, lucky for Radnor, who played the lovesick architect), there were countless gorgeous and talented women who he met along the away. In fact, there were so many women, that towards the end of the series, people joked that it was more about how Ted “met a million women who aren’t your mother,” rather than how he met the one who is. But, according to Josh, the show was never really about how he met the mother — it was about, well, everything else leading up to it.

“I thought the title of the show was always a bit of a fake-out,” Radnor told Vulture in 2014. “It was more of a hook to hang the thing on. Really it was more about these are the crazy adventures and these are the lessons I had to learn before I met your mother.”

You can definitely say that again! He sure did learn a lot, went on a lot of adventures, and met a lot of women in his quest for “The One.” Some may even say his journey was legen… — wait for it! — dary! 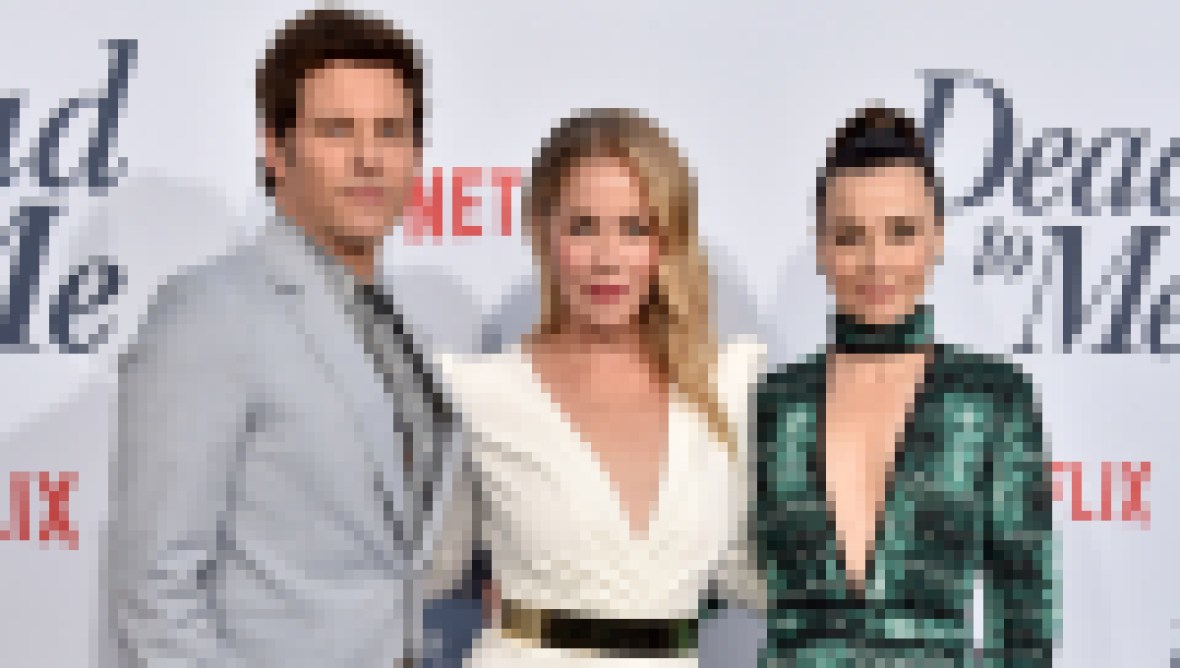 Smulders was one of the breakout stars from the show and reflected over how grateful she was for the nine-season run. “To be able to have that happen on a show, like that doesn’t happen,” she explained at Build Series in 2018. “Usually, you do a pilot of a TV show, and if it gets picked up, then you get 13 episodes. And if that goes OK, then you get nine more episodes. And if you’re lucky, you get a second season. We were so lucky to have that long of a time to play around with these characters so much and see it through the way the creators wanted to see it through. It was really wonderful and a really beautiful thing to be a part of.”

Curious what the real-life ladies that entered his life are up to since we said farewell to HIMYM back in 2014?! Keep scrolling to find out.

In addition to playing Robin, the mother-of-two is perhaps best known for her role as Maria Hill in the Marvel Cinematic Universe; if superhero flicks aren’t your thing, you can also catch her in Netflix’s original series Friends From College. Cobie upgraded from our fave TV teen pop star to personal hero when she revealed that, for some of her time on How I Met Your Mother, she was secretly battling cancer — and thankfully won!

Cristin Milioti (Tracy aka The Mother)

After short-lived stint as the titular mother, Cristin snagged her own series A to Z. After that, the accomplished Broadway star was featured in a handful of movies, including It Had to Be You and Breakable You.

Rachel Bilson, who has one daughter named Briar Rose, went on to star in her own series, Hart of Dixie. After the medical drama ended, she snagged a recurring role on Nashville.

This mama-of-two sure knows how to keep busy! In addition to raising her two sons, she’s had a busy acting career post-HIMYM with countless parts on made-for-TV movies and a starring role on The Jim Gaffigan Show.

Needless to say, Amber Stevens has been busy! In addition to her killer part on 22 Jump Street, she has also starred on the short-lived comedy series The Carmichael Show and the supernatural show Ghosted.

The ex we pretty much love to hate has found roles that we just plain love her in! The mother-of-two lends her voice to Beth in Rick and Morty and joined the since-cancelled the revival of Roseanne. Though she didn't reprise the role of Becky (the OG Becky handled that), she was closely connected — playing Becky’s surrogate!

In addition to raising her two little ones, Lindsay Sloane has had a busy career on the screens both big and small! She’s starred in movies such as Horrible Bosses and its sequel and had parts on Playing House and a regular role on The Odd Couple.

After playing one of Ted’s more complicated love interests, Jennifer Morrison opted to play another role that was perfectly complicated — Emma Swan on Once Upon a Time. After six seasons as a lead, she returned last year part time as a special guest star.

After her most memorable and funniest role (in our opinion!) on Cougar Town, the mother-of-two stayed on the silver screen when she became a regular on HBO’s short-lived series, Vice Principals.

Another one of our all-time fave guest appearances, Katie Holmes went back to her TV roots with How I Met Your Mother! Since then, she’s moved to Manhattan to raise her daughter, and worked on countless movies.

Laura Prepon and husband Ben Foster have two kids and are extremely private when it comes to their family life. From a professional perspective, Laura is probably busiest with her role as Alex Vause on Orange Is the New Black.

Nowadays, the Mandy Moore plays someone a lot softer — the Pearson family matriarch on This Is Us! We’re still patiently awaiting a new album if you’re listening, Mandy …

Though Judy Greer has solidified herself as our queen of rom coms, she has since branched out even more and has starred in some of our favorite action flicks, including Jurassic World and Ant Man. She also recently reprised her role of Kitty Sanchez in Arrested Development.

Sincer her time on HIMYM, Ashley Benson has been pretty busy! Of course, she’s best known for playing Hanna on Pretty Little Liars.

Anna Camp married Skylar Astin in 2016 after meeting on the set of Pitch Perfect. Sadly, they split two years later. However, her career has not slowed down. She’s appeared in The Wedding Year, Perfect Harmony, The Lovebirds and more.

One of our fave guest stars, Carrie Underwood has, well, been up to being Carrie Underwood! Since her appearance, she’s become a mom-of-two and released multiple albums (and that’s just the tip of the iceberg).

Courtney Ford — who played the woman Ted got to use the “Naked Man” on — is best known for her role on Dexter. The busy mom also snagged a recurring role on Legends of Tomorrow.

Though acting is in this mama’s blood (her mom is a TV actress too), Misti Traya seems to be more focused on being a chef than an actor nowadays!

Oh, honey, you don’t know what Katy Perry has been up to?! To sum it up, she’s released a couple of albums, gone on a couple of world tours, joined the reboot of American Idol, announced a pregnancy with fiancé Orlando Bloom and has pretty much killed it.

In a time before How I Met Your Mother, Abigail Spencer got her start on daytime soaps. Since then, however, she’s become a regular on Suits, Rectify, Timeless, and Grey’s Anatomy. She is also a proud mama.

Considering the actress got her start on Broadway, we weren’t surprised to learn that she released country music! She has, however, done some work for the silver screen with parts of Hart of Dixie and Anger Management.

After becoming the last woman Ted dated before the mother, Abby Elliott stuck to the small screen with a recurring role on Odd Mom Out and a voiceover part on Star vs. the Forces of Evil.

Brooke Nevin has been acting basically her entire life; most recently, she was able to nab roles in a handful of Lifetime and Hallmark made-for-TV movies!

Though she’s best known for her roles on various soap operas, and you can also catch this mama in Splitting Up Together!

Though she’s mostly known as a model, Bar Paly also added to her acting resume with parts in DC’s Legends of Tomorrow, Bosch, and NCIS: Los Angeles.

Chances are, you’ve probably caught this mom-of-two in a lot over the years! She’s had recurring roles on The Magicians, The Flash, and You’re the Worst, and became a series regular on Corporate!

Though we loved Erinn Bartlett as Mary the Paralegal, these days, the mother-of-three doesn’t do much acting; her last role was in Rules of Engagement in 2013.

Janet Varney’s most famous role is probably voicing the titular Korri in The Legend of Korra. She has since done a lot of on-camera work, including roles in Stan Against Evil and You’re the Worst.

The former star of Glee has been busy lately! In addition to raising her son, she also scored a starring role on Trial & Error.