Looks like things are not only on for Kendall Jenner and basketball player Ben Simmons, but they might be getting more serious by the minute! After all, you don’t just spend time with your boyfriend’s mom just because, right? But it looks like that’s exactly what Kendall and Ben’s mom Julie Simmons did courtside at the Philadelphia 76ers game on Nov. 30 at home in Philly, versus the Washington Wizards. Plus, the next day, Kendall and Ben showed up at a Drexel University basketball game together, according to NBC Sports, so it looks like mama Simmons approves!

Kendall looked like she was having a great time, sitting courtside with Julie Simmons, Ben’s mom, during the game on Friday and just laughing up a storm. We love seeing Kendall and Julie getting on so well. Besides, in any good relationship, you gotta get along with mom. Those are the rules, folks. Plus, Ben’s team won by quite a few points, so maybe Kendall and Julie’s connection is a bit of a good luck charm as well? Only time will tell, y’all.

Now, though, the couple seems to be past caring about the public knowing what’s up between them, not only did they attend a Drexel Dragons basketball game together on Dec.1, but they were also spotted having a seriously cute Whole Foods date just the other day.

On top of it all, just last week, Kendall was spotted supporting Ben at another one of his games, but that one was against the Cleveland Cavaliers, home to none other than sister Khloé Kardashian’s baby daddy, Tristan Thompson. Kenny even went as far as to toss a courtside boo or two towards the father of her niece, True Thompson. But when Khloé Kardashian took to Twitter to respond to fan queries about Kenny’s choices at the game, she really put her foot down about the nature of Kendall’s actions.

“My sister was watching HER man play against my man… So of course she’s going to heckle the opposing team,” Khloé laid down the law in a tweet, responding a fan who was confused as to why Khlo wasn’t mad at Kenny for what happened. But, at the same time, Khlo also inadvertently confirmed the romance between Kendall and Ben, which has been rumored since the summer.

Can’t wait to see what happens with these two… and how many more Whole Foods dates and basketball games are in their future.

Kendall Jenner Looked Stunning At The 2018 VS Fashion Show: See Her Best Looks 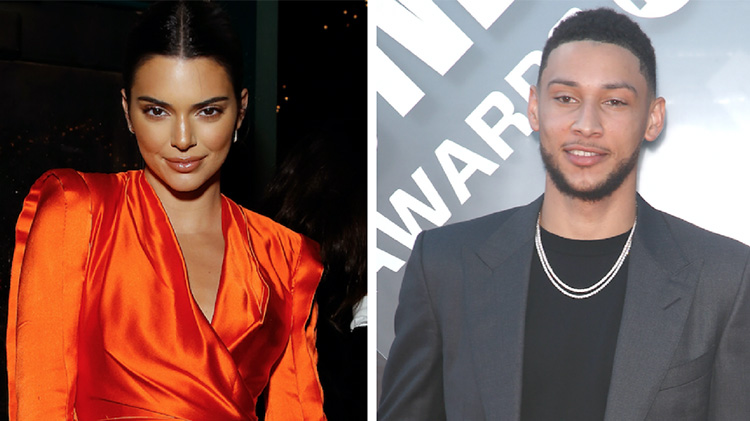