Romantic comedy fans, rejoice! Love, Guaranteed is the perfect feel-good movie to watch the next time you decide to plop down on the couch and unwind. To learn more about the film — including plot details, the cast and more — keep reading!

When did Love, Guaranteed come out?

The film, which clocks in at an hour and 30 minutes, hit Netflix on Thursday, September 3.

What is Love, Guaranteed about?

If you’re looking for a movie that fits the whole “boy meets girl” trope, then Love, Guaranteed is definitely for you. According to the official description, a lawyer named Susan Whitaker (played by Rachael Leigh Cook) is desperate to save her small-scale law firm. With that, she decides to take on a new, high-paying case from a client named Nick Evans (played by Damon Wayans Jr.).

Nick wants to sue a dating app that “guarantees love” after going on 986 unsuccessful dates. Of course, after working closely with Susan on his case, things between the pair take a (not-so) unexpected turn toward romance. 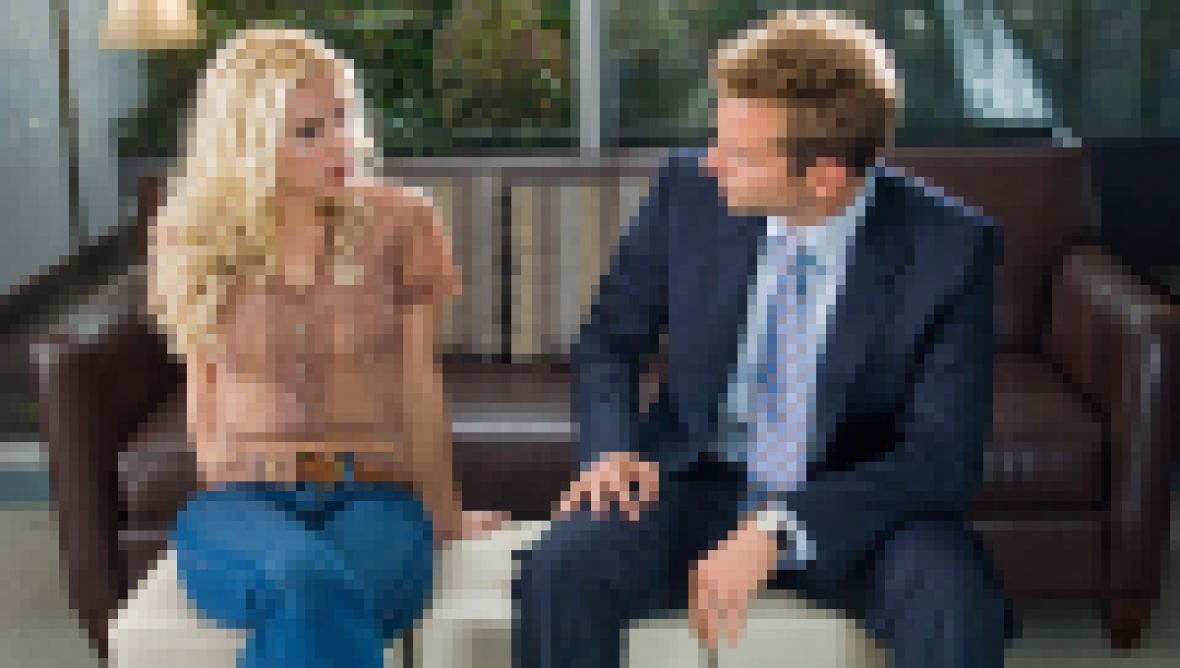 What is Love, Guaranteed rated?

If you were looking for something with a little, er, action, this movie doesn’t exactly fit the bill. It’s rated TV-PG — a.k.a. you can watch with your parents without feeling awkward.

Does Love, Guaranteed have good reviews?

As it stands, the reviews for Love, Guaranteed are a mixed bag. “If likability is a trait you value, Love, Guaranteed delivers the undemanding pleasure of watching two fundamentally decent people tumble into fondness and then love,” read one positive review by a top-rated critic on Rotten Tomatoes.

“It is sufficiently harmless and blandly cozy, like a Hallmark Channel movie that somehow broke loose and found its way to Netflix,” added another top-rated critic with more a negative interpretation of the film.

Where can you watch Love, Guaranteed?

Currently, Netflix is the only streaming platform the movie is available on.

To see photos and learn more about the cast of Love, Guaranteed, scroll through the gallery below!

The height of Rachael’s fame came after her 1999 role as Laney Boggs in the classic teen love story She’s All That.

Heather has been acting since the early ’80s and appeared in films like Austin Powers: The Spy Who Shagged Me, Bowfinger, Boogie Nights, Lost in Space and more.