She’s all grown up! Dance Moms alum Maddie Ziegler became a teenager before our very eyes on the dance competition reality series — and she’s continued to share her life with fans on social media even after she quit the show. We’re taking a look back at Maddie’s dating history, especially after she sparked controversy with boyfriend Eddie Benjamin.

In fact, the dynamic duo seems smitten with one another. Maddie posted a sultry snap of the couple lying in bed together (with Eddie’s shirt off) on March 16. “We’re sending everyone calm and positive vibes,” she captioned the photo, adding a red heart emoji. Needless to say, fans and followers were a little shook by the picture.

“This pic looks a little inappropriate,” one user commented on the photo. But believe it or not, Maddie’s mom, Melissa Gisoni, came through in the replies and seemed to have zero issues with the photo. “He has his shirt off for God’s sake! He’s a boy!” she wrote back.

Melissa also left her own separate comment on the memory. “Such a beautiful picture!” the former Dance Moms star gushed, adding two red heart emojis to hammer home her point.

Clearly, the proud mama feels her eldest daughter — Maddie is a big sister to fellow Dance Moms alum Mackenzie Ziegler — is pretty mature for her age. The Pennsylvania resident wrote about how proud she is of her two girls with growing up in the spotlight and how they’ve navigated the struggles that come with it in honor of International Women’s Day. 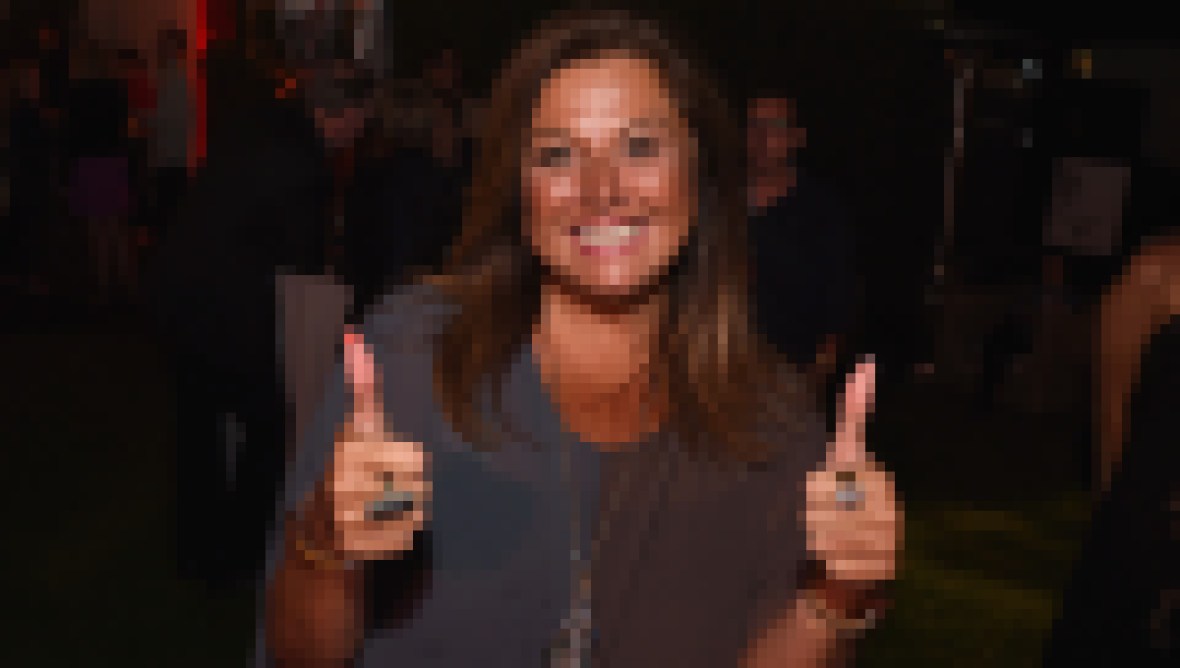 “I am so very proud of my girls, what strong young women they have become,” she wrote on Instagram on March 8. “The most important thing in my life is them and seeing how they stand up for what they believe and how they support each other and other young women! Let’s all celebrate all women today and every day.”

At the end of the day, Maddie clearly has a great head on her shoulders — and that shows in her dating history. Scroll through the gallery to get the scoop on all of Maddie Ziegler’s boyfriends, past and present!

Maddie met Kenneth on the set of Dance Moms in 2016, and became fast friends with the fellow dancer. Romance rumors swirled over this photo, which Maddie captioned, “missed him.” Little sis Mackenzie commented, “OTP” on the post, which really set fans off — the acronym means “one true pairing” in internet slang. Neither Maddie nor Kenneth ever confirmed or denied the speculation … but they were cute together.

The dancer’s most high-profile relationship to date was with Instagram influencer Jack Kelly. They started dating in early 2017 — and their connection happened to blossom a whopping six years after meeting for the first time. “We met when we were like eight, and then years later we met again, and he’s from Australia, so it was kind of funny — and now we’re just dating,” Maddie told Galore in September 2017.

Though the dynamic duo was super cute on social media together, their relationship fizzled out by August 2018 — and the performer unfollowed her former flame on IG shortly afterward.

lancôme x vogue 🖤 thank you for a fun night

It was confirmed Maddie was dating Stevie Wonder‘s son Kailand Morris in October 2018, not long after he showed up at her Sweet 16 birthday party — and fans were pretty shook. The couple met on the set of Dancing With the Stars: Juniors while her sister, Kenzie, and his brother, Mandla, competed against each other on the show.

The pair shared photos of each other on social media for a few months — and even got some coverage in a stunning photo portrait series by Tyler Shields — but eventually, the photos stopped coming and it seemed as though they had parted ways.

Maddie started dating the Australian singer in 2019. The songwriter got his start in a band called Haze Trio. He plays the bass and clearly has a deep passion for the arts like his girl. He has around 230k Instagram followers, too — so he definitely knows a thing about being recognized. We can’t wait to see where things go for these two cuties!