She’s still sweet as candy! Mandy Moore just shut down rumors in the nicest way possible when she was asked if she had gotten any plastic surgery. Even though the This Is Us star has been in the spotlight since she was in her teens, she wants to make it known that she hasn’t had any work done, unlike the rest of Hollywood.

She told Popsugar, “I remember seeing some blog post that said I got a nose job. I was like, ‘That’s weird — my nose is pretty imperfect.’ I have a crinkled part underneath the bridge of my nose, and I remember laughing, like, ‘I feel like I would have fixed that had I had a nose job.’ I don’t know, maybe it was just a weird picture or weird makeup or shading or something.”

Even though Mandy hasn’t gone under the knife herself, it doesn’t mean that she is against plastic surgery in general. She said, “People think everyone in Hollywood has had a nose job or some work done, but it’s not always true. People are going to believe what they want, and that’s fine. And if having work done is going to make somebody feel better about themselves, then more power to them.” We love your attitude, girl!

Imitation is the sincerest form of flattery?? 💃🏻💃🏻💃🏻 But seriously, this is the dreamiest dress, @johannaortizofficial.

After going through a divorce and finding her way, Mandy has found her confidence after many years. “It’s a combination of getting older and wiser and going through the hard knocks of a divorce. You realize, I’m not going to take anyone’s s—t,” she confessed to Cosmopolitan magazine in January 2018.

The singer struggles with how she looks as much as the next person. She got candid with Shape magazine, “everyone has their self-doubts and insecurities. As I get older, I’m learning what it takes to love myself full through exercise, healthy eating, and monitoring my inner voice in an effort to keep it positive.”

Well, Mandy, we love you no matter what! 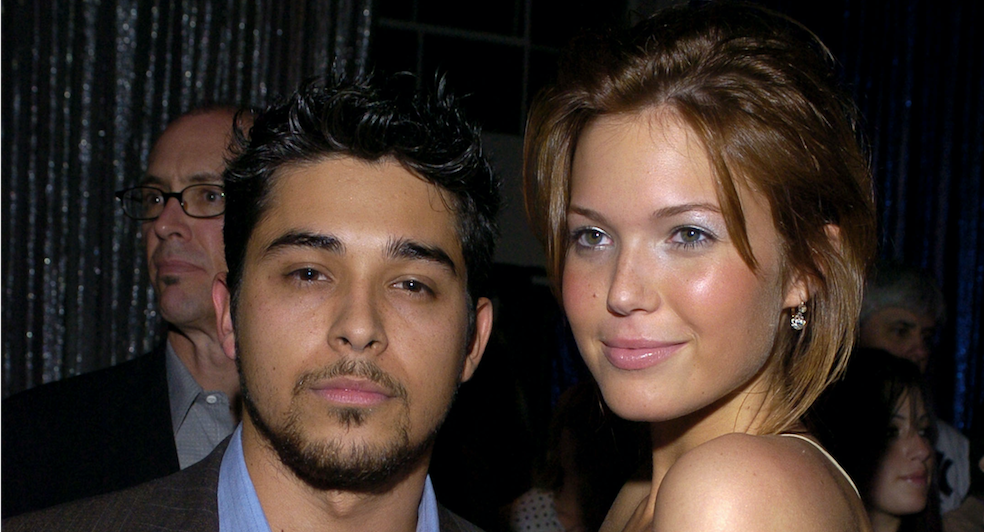