It’s no secret that the Kardashian-Jenner family knows how to throw a good party! Between their unlimited budgets and close relationships with some of the most coveted vendors in Hollywood — and the world — securing an invite to one of their events is truly an honor. Of course, Kylie Jenner and Travis Scott‘s birthday parties for daughter Stormi Webster are no exception.

The Keeping Up With the Kardashians kiddo, who turns 3 years old on February 1, has only had two birthday bashes in her life. However, they were more extravagant than most people’s wedding receptions! In February 2019, Kylie and Travis hosted their daughter’s first birthday party by creating a full-scale, indoor amusement park called “Stormiworld.”

The theme was an homage to Travis’ 2018 hit album Astroworld. “I had to go all out for my baby,” Kylie captioned an Instagram post from the party — and she wasn’t kidding! Perhaps the most over-the-top aspect of Stormiworld was “Stormi’s Shop.” Inside the mock clothing store, guests (both children and their parents alike) were encouraged to take home customized sweatpants, sweatshirts and T-shirts as souvenirs. 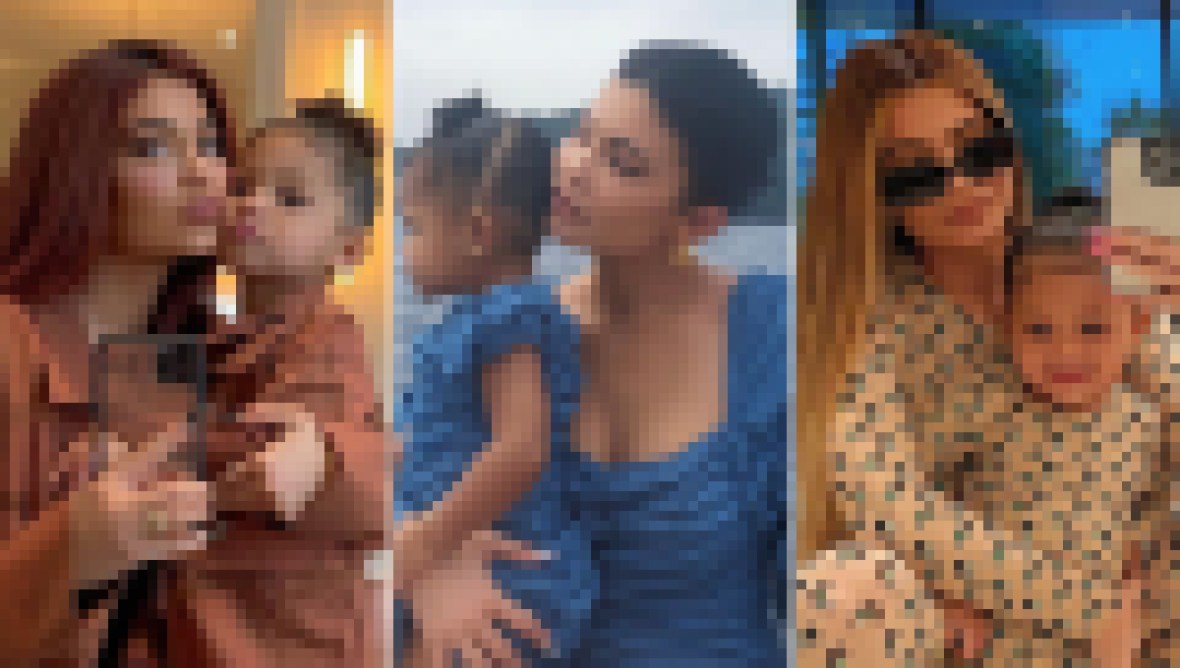 In fact, if you look closely at the Kardashian-Jenners on social media, every now and again you’ll find members of the famous family rocking Stormiworld merchandise. The theme of the event was such a great success, that Kylie and Travis decided to host Stormiworld 2 the following year in February 2020.

Believe it or not, the A-list coparents, who began dating in 2017 before calling it quits in 2019, managed to outdo themselves. The party featured an indoor roller coaster with a larger-than-life replica of Stormi’s head at the center.

Moreover, there were people walking around wearing additional replicas of Stormi’s head. Oh, and obviously, Stormiworld 2 merchandise was available to all of the guests! As amazing as the celebration was, some fans found the whole thing a bit … er, odd.

“Kinda creepy, to be honest,” one fan commented on Kylie’s Instagram post about the party. “The creepiness is my favorite part,” the almost-billionaire replied. Here’s hoping Stormi feels the same way!

Scroll through the gallery below to see photos from Stormi Webster’s first and second birthday parties.

Stormi was too tiny to fully appreciate her first birthday party. Even so, Kylie made sure all of the guests had a blast! Attendees included her BFF Anastasia Karanikolaou, DJ Khaled and his family and so many more! Also, because the event was before Jordyn Woods‘ cheating scandal with Tristan Thompson, she was right by Kylie’s side the whole time.

Of course, someone dressed up like Baby Shark was hired. After all, it was Stormi’s favorite song at the time.

Who wouldn’t want to go shopping at Stormi’s Shop?

Stormi’s Store had everything from baby onesies to adult hoodies.

In addition to Stormiworld, which was held the second week in February 2019, Kylie hosted a smaller gathering at home on Stormi’s actual birthday.

It was rainbow-themed and so tastefully decorated. We’re still jealous!

The cake was covered in rainbow sprinkles and pretty much bigger than Stormi herself.

A Wall of Toys

Most kids get gifted a single teddy bear, Stormi had a wall full of them.

What Do You Think?

Is the giant inflatable Stormi head too much?

Do They Keep the Decor?

We can’t help but wonder if Kylie has the replica of Stormi’s head somewhere in her home.

Stormiworld 2 featured a claw machine with Stormi pillows inside! Pretty much everything at the event had Stormi’s face somewhere on it.

We’ll never get over how big this thing was! It looks like it belongs at an actual amusement park.