Another day, another group of Gen Z content creators to learn about. The Hype House — similar to The Sway House — on TikTok is a group of young influencers who collaborate on videos in a mansion in Los Angeles.

The name may ring a bell thanks to former members Charli D’Amelio and her older sister, Dixie D’Amelio. Since the inception of The Hype House in December 2019, both girls have left. However, the remaining members are still quite popular.

Take Addison Rae, for example. She’s the second-most followed person on TikTok (behind Charli) and happens to be besties with Kourtney Kardashian. Gaining recognition like that isn’t easy, which is why Hype House cofounder Thomas Petrou enforces some pretty strict rules.

“It’s 24/7 here. Last night we posted at 2 a.m. There are probably 100 TikToks made here per day. At a minimum,” Thomas told The New York Times in May. “If someone slips up constantly, they’ll not be a part of this team anymore. You can’t come and stay with us for a week and not make any videos, it’s not going to work.” 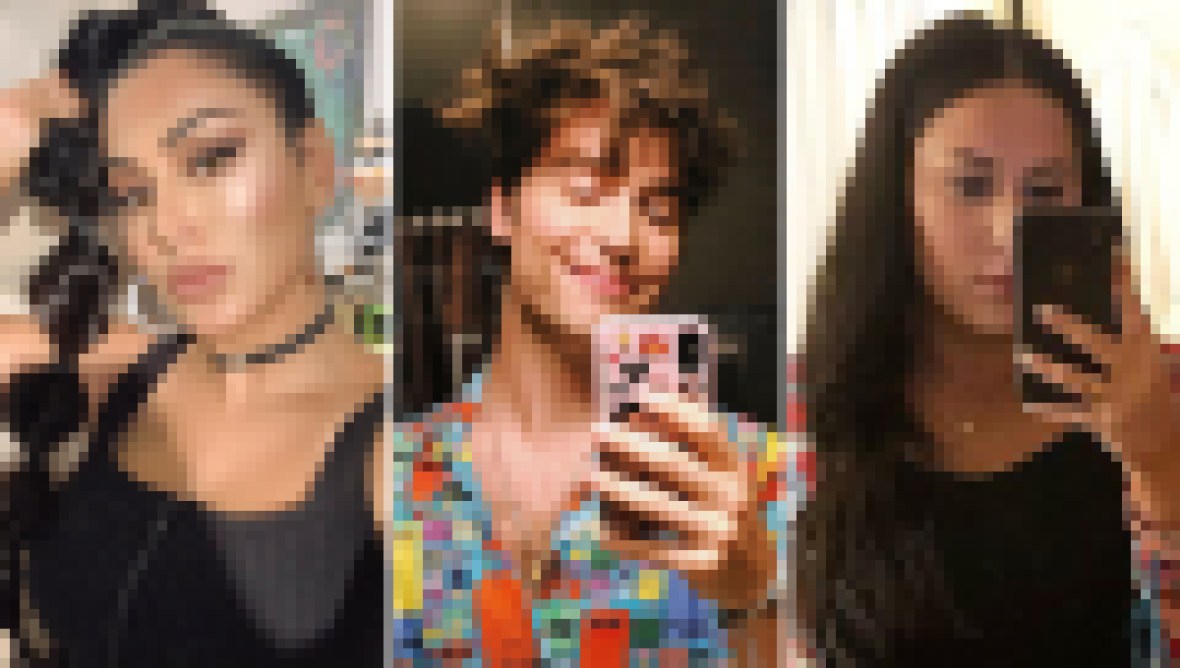 The former Team 10 member went on to explain that The Hype House is all about “productivity,” not having fun. “If you want to party, there are hundreds of houses that throw parties in L.A. every weekend. We don’t want to be that. It’s not in line with anyone in this house’s brand. This house is about creating something big, and you can’t do that if you’re going out on the weekends.”

As it happens, The Sway House, often regarded as The Hype House’s biggest competition, has more of a reputation for partying. Even so, that doesn’t stop members from dating each other. In fact, there has been plenty of, er, cross-contamination in recent months.

Addison and Sway member Bryce Hall dated in January before calling it quits in February. As of July, the former flames appear to be back together. Additionally, Hype House member Avani Gregg dates Sway member Anthony Reeves.

To learn more about members of The Hype House, scroll through the gallery below.

Addison, 19, is by far the most popular member of The Hype House. While she took a brief hiatus from social media, she’s back and better than ever.

Alex, 19, and Kouvr, 20, have been dating off-and-on since December 2018 and create a majority of their online content as a couple.

Chase, 18, commonly referred to as Lil Huddy, is another very popular member of The Hype House — and not always for the right reasons. He and The Sway House had some serious drama after he kissed Josh Richard‘s ex-girlfriend, Nessa Barrett.

James and Jack are 17-year-old twins.

Nate, 23, was brought into The Hype House scene by Tayler.

Mia, 19, has a modeling career outside of The Hype House. She’s also Thomas’ girlfriend.

Larri, 21, who goes by Larray online, got his start on YouTube.

18-year-old Michael is best known for his lip-sync videos.

Nick, 20, is big with The Hype House but also hangs out with Sway members a lot.

Olivia, 18, is the newest member of The Hype House. She previously dated Sway House member Kio Cyr before splitting in June.

Ondreaz, 23, and Tony, 20, are brothers who create a lot of their content together. They are often regarded as the best dancers in The Hype House.

Ryland, 20, creates is best known for his dance, comedy and lip-sync content.

Thomas, 21, is considered the manager of The Hype House.

Avani, 17, posts a lot of makeup and beauty related content, as well as dance videos.