One thing’s for sure, though — everyone was entertained. Amber, who recorded the whole thing was laughing, while her boyfriend Alexander “AE” Edwards, was joining in on the fun.

Though he can’t be seen in the video, Wiz was also present as his son’s party. Amber shared photos of Wiz bonding with Sebastian and Alexander, whom the model welcomed a baby boy named Slash with in October 2019. It looks like both dads spent a lot of time with Amber and the kids because they were also spotted hanging out at Sebastian’s baseball game on Saturday, February 15. Can we say blended family goals? 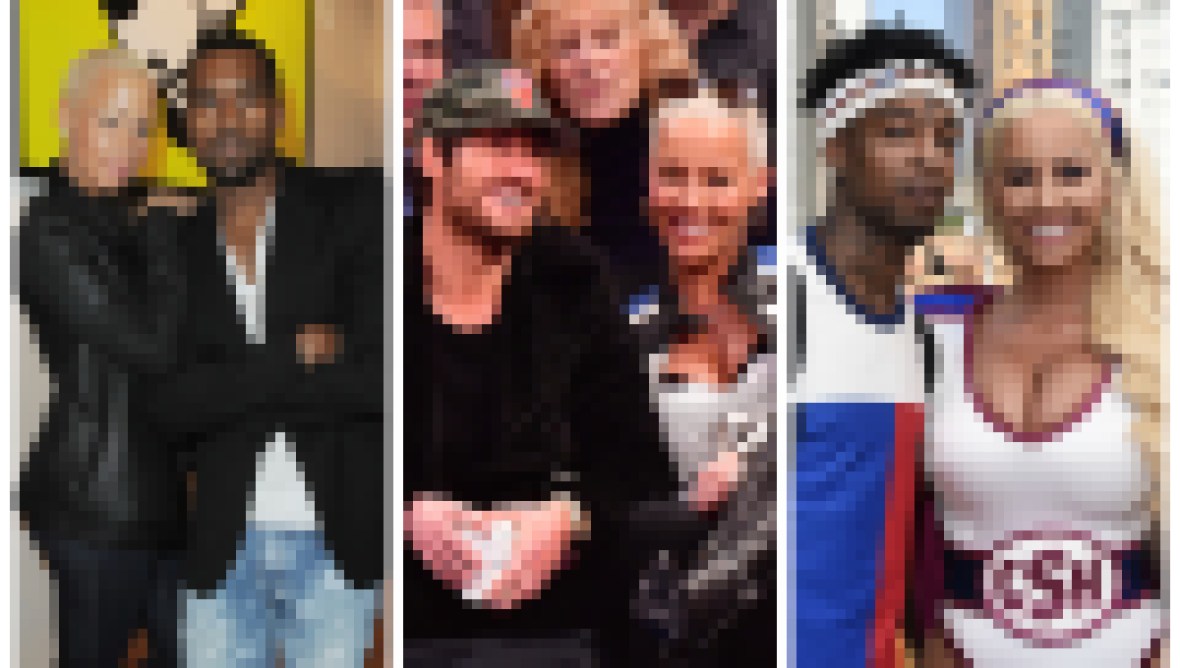 It’s clear there’s no awkwardness or tension between the former flames. After all, they make sure their main focus is their child, who by the looks of it, had a blast at his birthday bash.

“Happy early Birthday to my smart, articulate, sensitive, compassionate baby boy Sebastian! He turns 7 on February 21st! He is so blessed to have amazing family and friends that love him so much! WE LOVE YOU PUMPKIN!!!” she captioned the series of snaps with him.

It’s evident how much Amber loves her kids. So much, in fact, that she decided to honor them by getting two face tattoos of their names. The top of her forehead reads, “Bash,” which is Sebastian’s nickname, followed by “Slash” in the same script font.

It seems like the blonde beauty couldn’t be happier to be a mother of two. When she and the music executive welcomed their newborn four months ago, he couldn’t help but share his excitement over his arrival. “Slash Electric Alexander Edwards,” Alexander wrote on Insta at the time. “The world is [yours] now. Thank [you] @amberrose for loving me so much that [you] put [your] body [through] it [to] bring my [son into] the world. I could never be as strong as [you]. Slash a rockstar.” How sweet!