If you’re a dedicated Real Housewives of Beverly Hills fan, you probably remember season 4 star Carlton Gebbia. The self-proclaimed “witch” from the U.K. only appeared on the hit Bravo TV series for one season — but she certainly made her mark with her fierce attitude. But what has she been up to since leaving the show? Here’s what we know about Carlton in 2020.

You might remember Carlton’s hubby, David Gebbia, from his few appearances on the beloved reality program. Carlton loved to brag about how steamy their relationship was — and she even showcased the construction she did on a ~sexy space~ for the couple to play in during her time on the series. The pair have three children together, daughters Destiny and Mysteri and son Cross.

Two years after leaving RHOBH in 2014, Carlton and David split following an 18-year marriage in August 2016. At the time of the split, Carlton’s rep revealed she and her former flame were “separated but living under the same roof for the wellness of their children.”

In September 2016, she told People she and her ex knew living apart would “destroy and devastate our children,” which is why they decided to stay continue living together at the time. “We’ve been together way too long, been the best of friends and business partners. We really have been amazing parents proudly raising the most beautiful and well-adjusted children,” she explained. “We were not prepared to screw it up now just because we fell out of love. We didn’t want to split up the family dynamic. What we do know is, for our family, that it works right now. And it may not be for everyone, but for us it’s positive and it’s actually healing for us.”

Does Carlton Still Live in Her Gothic Mansion?

Remember the mom of three’s wooden gargoyles and cross-shaped pool? Carlton’s gothic mansion was any witchy woman’s dream. She and her ex-husband purchased the home in 2004. In May 2018, the starlet listed her incredible property for a whopping $22 million.

The house appeared on the August 18 episode of Million Dollar Listing: Los Angeles, where realtor Josh Altman sold the house for Carlton’s ex-husband and his brother, Rich. The Bravolebrity ended up making the sale for $13.9 million, despite initially listing the house for $16.5 million.

Did Carlton Assault Her Housekeeper?

In late 2017, Carlton was sued by her former housekeeper, who also worked as a chauffeur, nanny, assistant and grocery shopper for the reality star.

The housekeeper — labeled in the suit as Jane Doe — alleged Carlton was “often under the influence of alcohol and repeated physically, verbally and emotionally abusing her, including slapping her.” She also claimed the former interior designer attacked her at the Beverly Hills home.

Carlton later denied the claims, alleging the former employee sued her due to a dispute over missing jewelry. 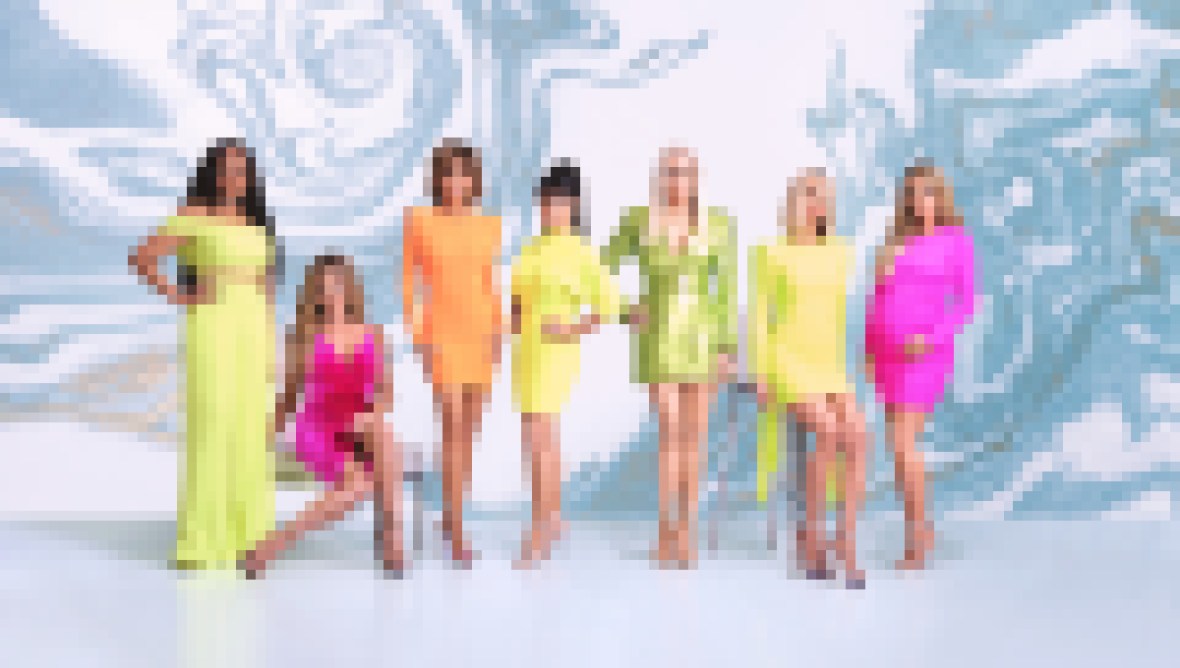 Do Her Fellow Housewives Miss Her?

It seems the answer to that is no — at least in Kyle Richards‘ case. After a fan asked the RHOBH OG whom she thought brought the least to the show during an appearance on Watch What Happens Live in April 2020, Kyle name-dropped Carlton. “That’s the season I like to pretend never happened,” she said of the year Carlton appeared on the series.

A Ranking of the Best ‘Real Housewives’ Taglines: From the Best to Most Embarrassing

Andy Cohen also revealed his thoughts on Carlton — and former one-season housewife Joyce Giraud — during the same episode. “I think Carlton and Joyce would’ve been great on their own but the problem is that they didn’t have existing connections to the group,” he explained. “I think that was part of the reason we all kind of realized that it was a great time to bring in Lisa Rinna because not only she’s such a great character, but she was really connected to all of you.”