He’s finally free! Sources exclusively told Life & Style that Justin Theroux couldn’t be happier now that things are officially over with his wife of two years, Jennifer Aniston. “Justin felt like a caged animal with Jen,” the insider claimed. “But now, he has his old life back.”

The 46-year-old Leftovers actor has been seen hanging out with friends, attending Jimmy Kimmel’s son’s birthday party, and grinning — which he rarely did with the 49-year-old by his side. “He was never meant for married life,” the source explained. “He’s been all smiles since he and Jen broke up.”

Although the pair did love each other for a period of time, Justin can now do what he wants without having to answer to the former Friends star. He’s a NYC guy and she’s a LA girl, which means they led “vastly different lifestyles” before they fell for each other. Those differing backgrounds were always the root of their issues.

Without Jen, Justin is able to bike around the city and be outside — something the actress didn’t like to do unless she was working. “He’s living on his own terms,” the source told Life & Style. “Jen only liked to leave home to promote something. Justin is a free-spirited New Yorker who wants to be out and about every night of the week.”

The couple announced their split on Feb. 15, 2018, via a message from Jen’s rep, Stephen Huvane. “Normally we would do this privately, but given that the gossip industry cannot resist an opportunity to speculate and invent, we wanted to convey the truth directly,” the statement read. “Above all, we are determined to maintain the deep respect and love that we have for one another.”

Jen and Justin insisted in the statement that they “have decided to part ways as a couple, but look forward to continuing our cherished friendship.” However, with Justin much happier as a single man, it’s not quite clear how good of “friends” they’ve continued to be since the breakup.

For more on Justin Theroux and Jennifer Aniston’s relationship, pick up a copy of Life & Style magazine on stands today!

Jennifer Aniston Is Ready to Move in With Brad Pitt — and We're Like, Slow Down Girl 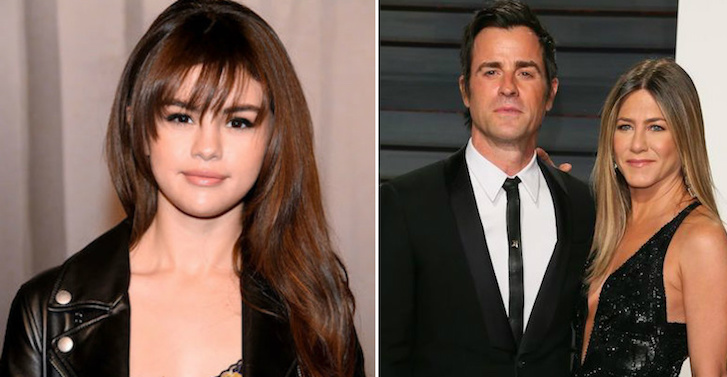