Kelly first revealed her incredible weight loss on August 3, when she told The Real cohost Jeannie Mai‘s mom, Olivia TuTram Mai, on Instagram she dropped almost 100 pounds since the last time they’d seen one another. Days later, the Osbournes alum announced she was a size 26 while shopping at Neiman Marcus. “Yes, I’m bragging because I worked hard and it feels good!!” she gushed over a photo of a clothing tag on her Instagram Stories.

It’s clear the Fashion Police alum “feels like a new person” after dropping the weight, an insider exclusively told Life & Style. “After years of fad eating plans and yo-yo dieting, Kelly has finally realized what works for her,” the source noted. “She’s embraced her vegan diet and she incorporates weights into her exercise routine, which includes a lot of walking.”

The starlet went vegan in 2012 and has since credited it with helping her find the missing link in her wellness journey. “Once I learned how to work out right and eat right, it’s one of those things that you just have to commit to a life change rather than being on a diet,” she previously told Daily Express in June 2019. 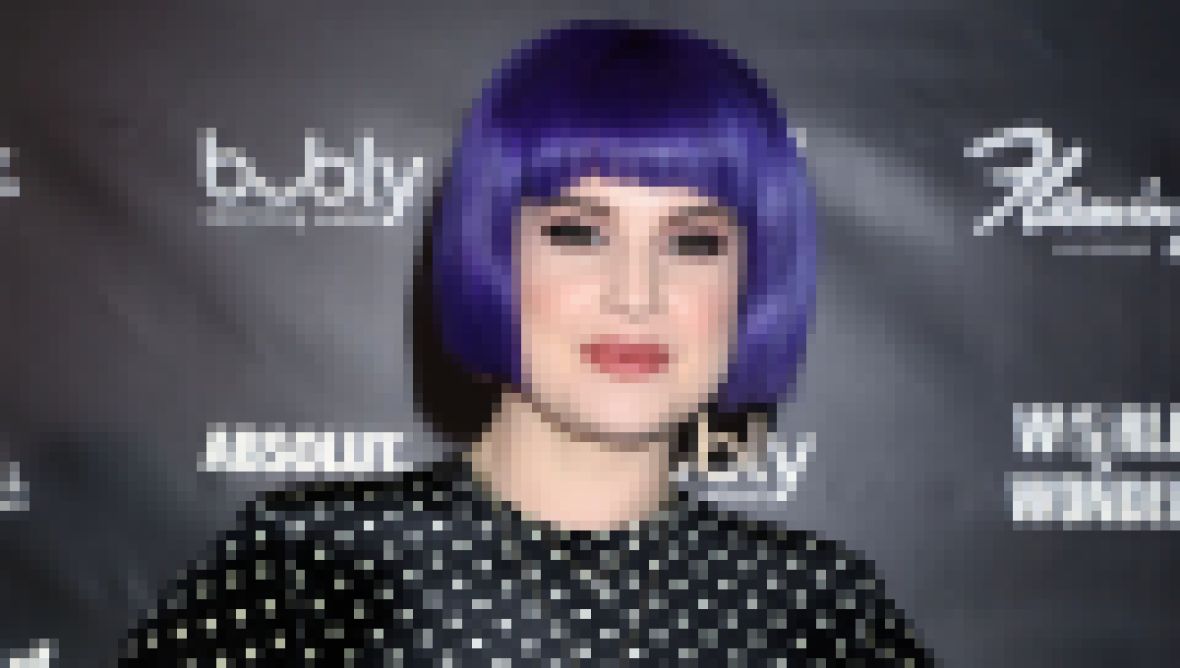 On August 20, Kelly revealed she underwent gastric sleeve surgery two years prior. “I will never ever, ever lie about it ever. It is the best thing I have ever done,” she told Dax Holt and Adam Glyn on their “Hollywood Raw” podcast. “I don’t give a f—k what anyone has to say. I did it, I’m proud of it, they can suck s—t.”

The former reality star has also worked on letting go of her body insecurities — which has helped immensely when it comes to maintaining a healthy lifestyle. “Kelly doesn’t obsess about her body anymore,” the insider added. “Once she stopped beating herself up and concentrated on healthier choices, the pounds just started coming off.”

Scroll through the gallery below to see photos of Kelly showing off her toned tummy after her impressive weight loss!

Sharon and Ozzy Osbourne‘s daughter looked slim and comfortable while out with her friend.

Kelly rocked her signature purple hair, which we totally adore.

Shop ‘Til You Drop

Hope you two had a nice day out!