Nice try, hater! Love Is Blind star Amber Pike had some choice words for a troll who decided to mess with her on Instagram. “Financial trainwreck. No f–king way I’d marry this chick,” the hater commented on a wedding photo of Amber and husband Matt Barnett.

“Wasn’t asking you to, darling. Alrighty then, buh-bye,” the Netflix personality, 27, replied, along with a kissy-face emoji. Thankfully, the majority of Amber’s followers saw the sweet snap as an opportunity to gush over her relationship with Barnett and the relationship they built during their stint on the popular dating series.

“I was so happy that you two made it!!” one user wrote. “My favorite couple,” added another. “Congratulations! You both were fun to watch and I loved how you both stayed authentically true to who you are. Best of luck,” a third person wrote, while a fourth chimed in, “Beautiful! So happy for the both of you!!!! Loved following your love journey.”

Of course, Amber and Barnett are just as thrilled with their decision to be together. After all, marrying someone you’ve only known for a couple of weeks is hardly a foolproof plan. However, it truly has worked in their favor.

Speaking with the Los Angeles Times, the lovebirds revealed how they celebrated their first wedding anniversary. “One of my best friends actually got married an exact month before we did. So we all went on a cruise together,” Amber recalled during an interview published on Saturday, February 29. “And then on the day of, since the first year is the paper anniversary, we got Chinese food and ate it up on paper. It was great.”

“I recreated one of the dates, remember?” Barnett interrupted, before Amber continued, “Oh, yeah. So, OK, there was really bad weather on our actual anniversary. And he was so excited about this. It was adorable. So on our first date we went on in Mexico, we had this picnic on a beach. I told him I wanted to do stuff like that when we were married. I don’t know if you noticed, but our anniversary was in November, so it was a little cold. And a little wet.” 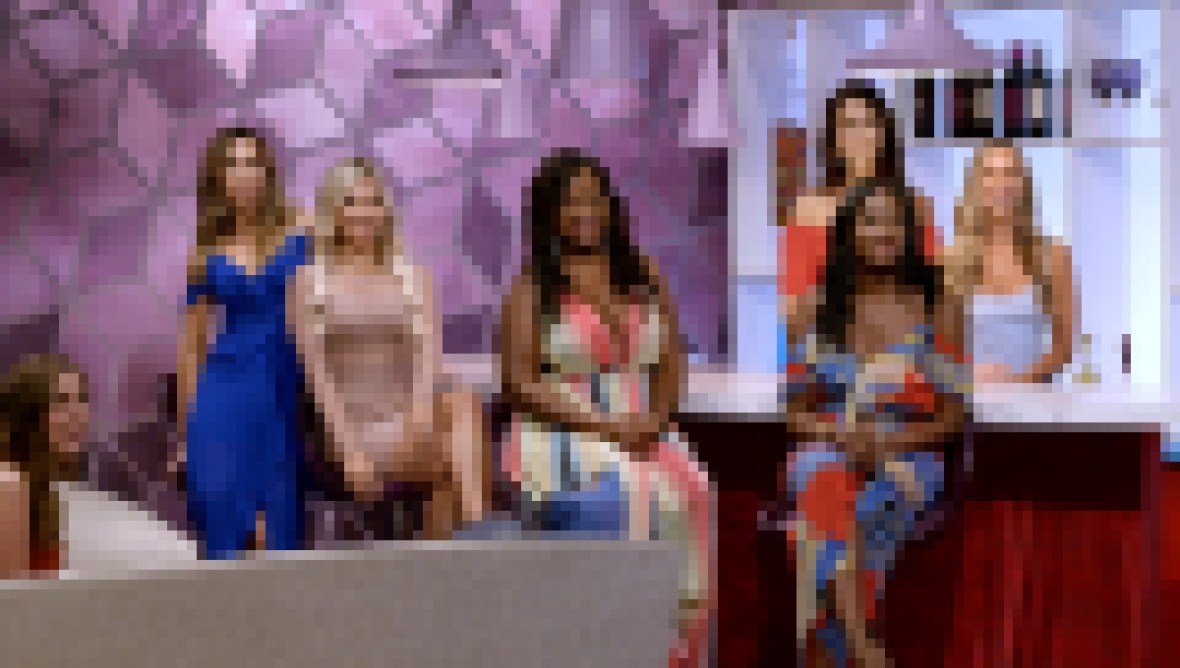 The swimsuit model concluded, “We went for a drive one night and he’s like, ‘Stay in the car. I’ll be right back.’ And he got this little blanket with a picnic and had these candles all lit up and you know we’re looking at the stars and we’re sitting down and it’s cold but it’s so sweet. And we go to get up and I thought my butt was just cold because it’s freezing outside. No, the dew on the grass completely soaked through the blanket and we were both so soaked and freezing. It was perfect.”

We can’t wait to see Amber and Barnett on the Love is Blind reunion special airing on Netflix on Thursday, March 5.