Remember these two? Of course you do — but it looks like they decided to take separate strides. Surprisingly, singers Shawn Mendes and Camila Cabello hit the 2019 American Music Awards red carpet separately on November 24. Needless to say, we’re pretty shook by the decision, considering the couple has been all about appearing together since they became a couple over the summer.

Shawn, 21, looked seriously slick in a navy suit with green lapels, showing off his chest in a low cut shirt underneath. Camila, 22, opted for a gorgeous tulle-embellished princess gown.

This wouldn’t be the first time the dynamic duo has ~made waves~ on a red carpet. In fact, back in late August, the cute couple appeared on the 2019 VMAs red carpet together after performing their duet single “Senorita” that night. Shawn and Camila posed happily together with their award for Best Collaboration side by side — and they even cuddled up for the cameras. Plus, their performance was full of PDA.

Fast forward to a week after the awards show, the hunk labeled the fling with the brunette beauty as a “relationship” for the first time during a backstage Q&A in Connecticut. “Honestly, I wanna say I wanna talk to you guys about this stuff but it’s not just me in the relationship! There’s another person involved. I can’t say things that I feel,” he told the group. “It’s not just me deciding, you know?” 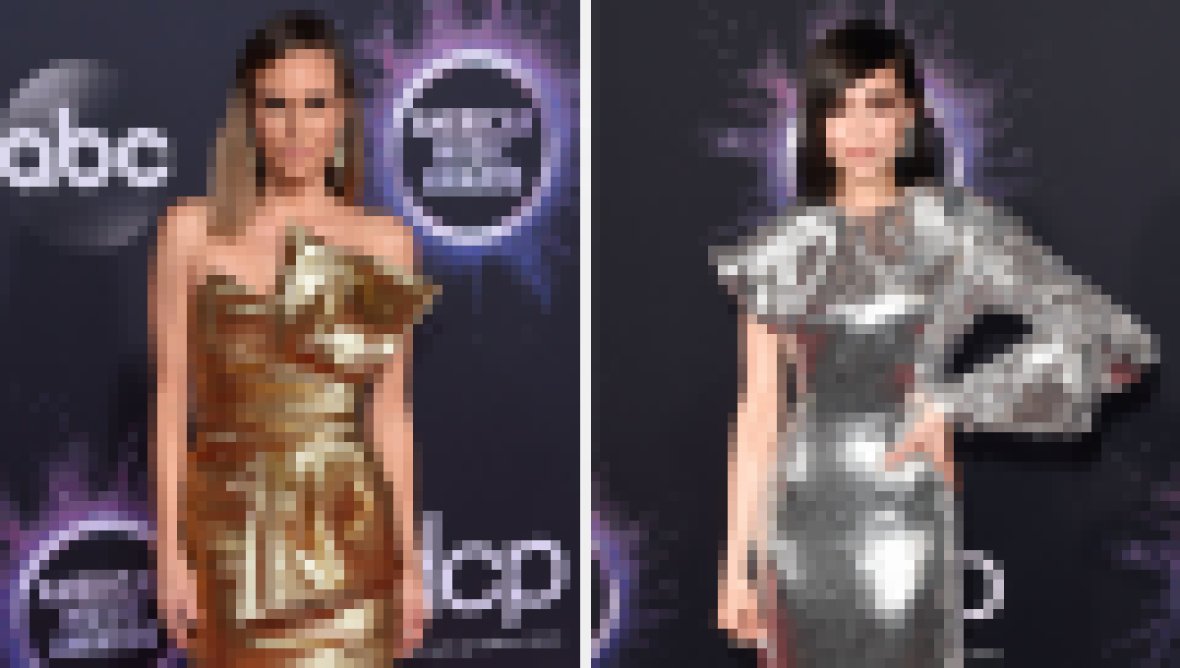 Shortly after the admission, the former Fifth Harmony member revealed to Elle that she was guarded about her connection with Shawn because she wanted to keep it sacred.

“I don’t know; people can say whatever they want to say. They can speculate, but at the same time, we are going to live our own lives, enjoy it, and fall for each other like nobody is watching,” she revealed to the outlet for their Women In Music cover story. “That is how I want to live. I never want to open the door for people to feel like they are involved. Like I said, I want it to be mine and [his]. That’s why I’m so tight-lipped about it: because I want to protect it.”

The musicians were first connected romantically back in early July when photos of them packing on the PDA in different cities started surfacing on the internet … which, of course, created a lot of speculation with fans and followers. Needless to say, we know where the couple stands now!