Awkward! Nikki Bella‘s fiancé, Artem Chigvintsev, admitted the idea of having sex with her while she was pregnant with their first child, Matteo, was “weird” for him.

It all started when Nikki’s sister Brie Bella‘s husband, Daniel Bryan, approached the pro dancer, 38, to discuss his sexual hangup on the Thursday, December 10, episode of Total Bellas. “This is mildly uncomfortable for me to talk about, but Brie asked me to talk to you about it because [Nikki] talked to her about it,” the WWE star, 39, told Artem in Us Weekly’s exclusive clip of the upcoming episode. “About you being uncomfortable having sex with her right now.”

Nikki and Brie Bella Had the Cutest Baby Bumps — Take a Look Back!

After Daniel (a.k.a. Bryan Danielson) apologized for broaching the topic and the guys shared a laugh, Artem acknowledged, “It’s OK. It stays in the family. It’s good.” The Dancing With the Stars winner then called pregnancy sex “weird,” before noting, “I mean, there’s a whole baby inside there.”

The professional wrestler agreed with Artem and revealed he was initially concerned participating in sexual intercourse might harm their unborn child when Brie, 37, was pregnant with their first baby, daughter Birdie, in 2017. He went on to reveal that he voiced his concerns with their doctor, who told him, “You can’t hurt that baby.”

“It’s the mental thing,” the Russian dancer added. “You think [about how] there’s a whole human inside.”

The Washington native also explained that pregnancy sex is actually beneficial. “It’s interesting because I read this thing about how good it is for the baby, for the mom to experience orgasms,” Daniel said before recommending that Artem consider regular sexual intercourse “a job” — though he made it clear that the Broadway alum “can’t tell” his fiancée, 37, about that outlook. 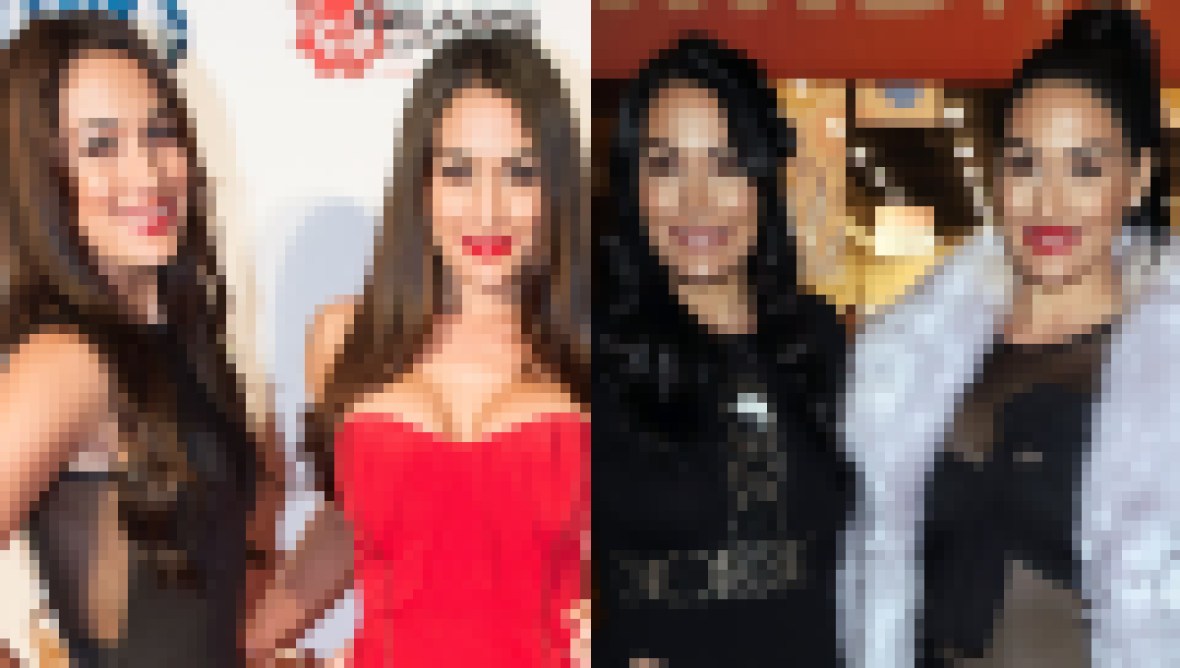 Artem laughed and agreed, “If I tell her I’m taking it as a job, she’ll literally kill me.”

The Bella twins revealed their simultaneous pregnancies at the end of January, nearly one month after Nikki and Artem announced their engagement. The future married couple welcomed their first child on July 31, while Brie gave birth to her second child with Daniel one day later on August 1.