The first look! Total Bellas star Brie Bella gave fans a first glimpse at her newborn son in a sweet new photo alongside her daughter, Birdie, on August 8.

“Can’t believe it’s been a week already!!!” the proud mama, 36, gushed in her caption, adding blue and yellow heart emojis. In the snapshot, Brie cradled her baby boy in her arms and covered him from view with a white and blue patterned blanket. She and her 3-year-old, whom she shares with husband Daniel Bryan (real name: Bryan Danielson), smiled excitedly for the camera next to one another. Even though his face wasn’t visible, a bit of hair peeking out of the top of the blanket revealed light-colored locks, which means he has a similar hair color as his big sis! 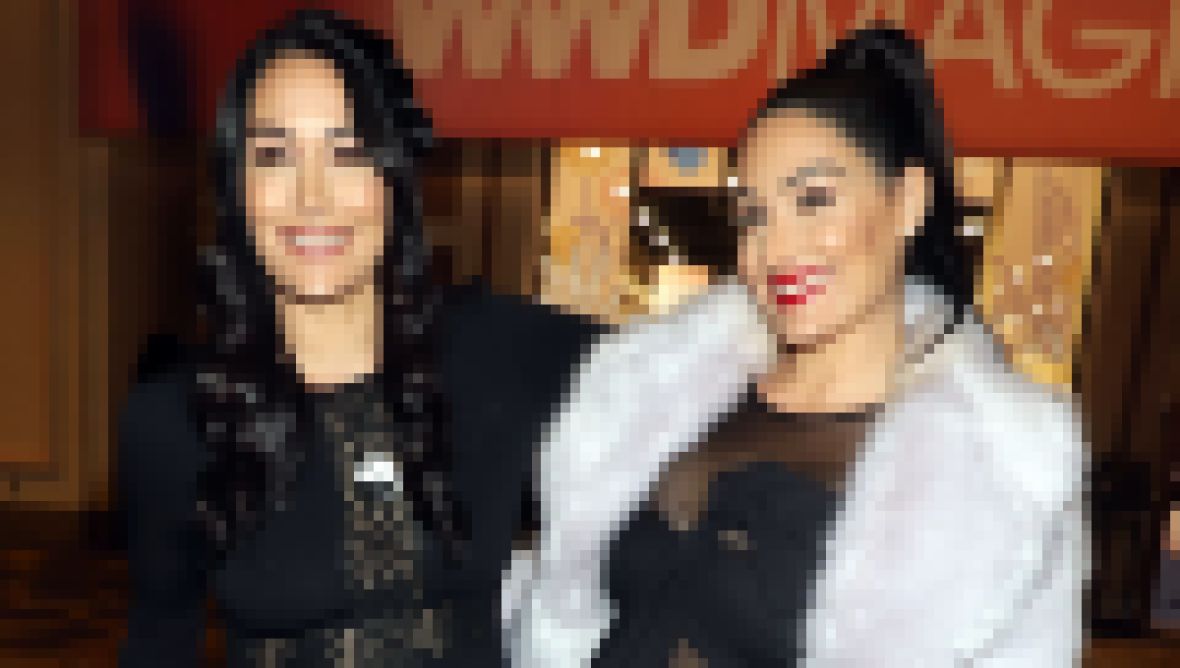 It’s great to see little Birdie bonding with her baby brother. Initially, the toddler was “upset” about welcoming a boy into the family — but now, she “loves” the tiny tot.

“Brie’s daughter was hoping for a baby sister, or at least a girl cousin playmate, so she was a little upset with the all-boys news. Once she saw her little brother, that all changed, though,” an insider exclusively revealed to Life & Style.

Brie and twin sister Nikki Bella were “hoping” to give birth “on the same day” — you know, like the perfect twins they are. However, they ended up giving birth one day apart, which was “close enough” for them. Nikki, 36, welcomed her first child — also a boy — with fiancé Artem Chigvintsev on July 31, while Brie and her hubby, 39, welcomed their second child on August 1.

“Nikki and Brie gave birth on almost the same day, and they couldn’t be happier about it,” a separate source told Life & Style. “There was no sibling rivalry between them when it came to sharing their special day.” Considering the WWE alums are “already close,” it was natural that “carrying their babies together and then giving birth so close has only strengthened their bond.”

Now, the former wrestling stars are looking forward to all the special boy mom moments they’ll be able to share together in the future. “Of course, [Brie and Nikki] are already talking about shared birthday parties for their adorable baby boys.”

Brie revealed her son’s birth on Instagram on August 3. “It’s a BOY!!!” she captioned a photo of the newborn’s hand alongside hers and her husband’s. “We are overwhelmed with joy and everyone is healthy!!!”

The reality starlet and her sister announced their simultaneous pregnancies in late January.