What a stunner! Jordyn Woods showed off her crystal-encrusted Chanel bag — gifted to her by her new boyfriend, Karl-Anthony Towns, for her 23rd birthday — on her Instagram Stories on Thursday, October 15.

While on her way to a dinner in her honor celebrating her collaboration with brand Pretty Little Thing, the up-and-coming actress flaunted the sparkly designer item in a Boomerang clip in the car. The item first made an appearance on Jordy’s social media on September 24, alongside other items given to her by the athlete, 24 — including two Hermes Birkin bags.

You might be wondering how much a show-stopping bag like this costs. At one retailer, a similar bag — with pink crystals instead of white ones — is priced at $11,000. We imagine Jordyn’s version is of equal or greater value.

The Sacrifice star and the basketball player went public with their relationship on September 26. “I found you, then I found me,” Jordyn gushed alongside several photos of the new couple packing on the PDA on the beach during her 23rd birthday trip to Mexico with friends. The dynamic duo even wore matching Versace swimsuits for the impromptu photo shoot.

Days later, the SECNDNTURE founder opened up about how she met the Minnesota Timberwolves player. “We have been friends for a long time,” the Life of Kylie alum told Extra on September 29. “Naturally, we both connected about losing a parent at a very young age. So, it was a very organic relationship that we’d been best friends for a while.”

The former Keeping Up With the Kardashians star lost her father, John Woods, to cancer in 2017 and the former Kentucky Wildcats player’s mother, Jacqueline Cruz, died in April 2020. 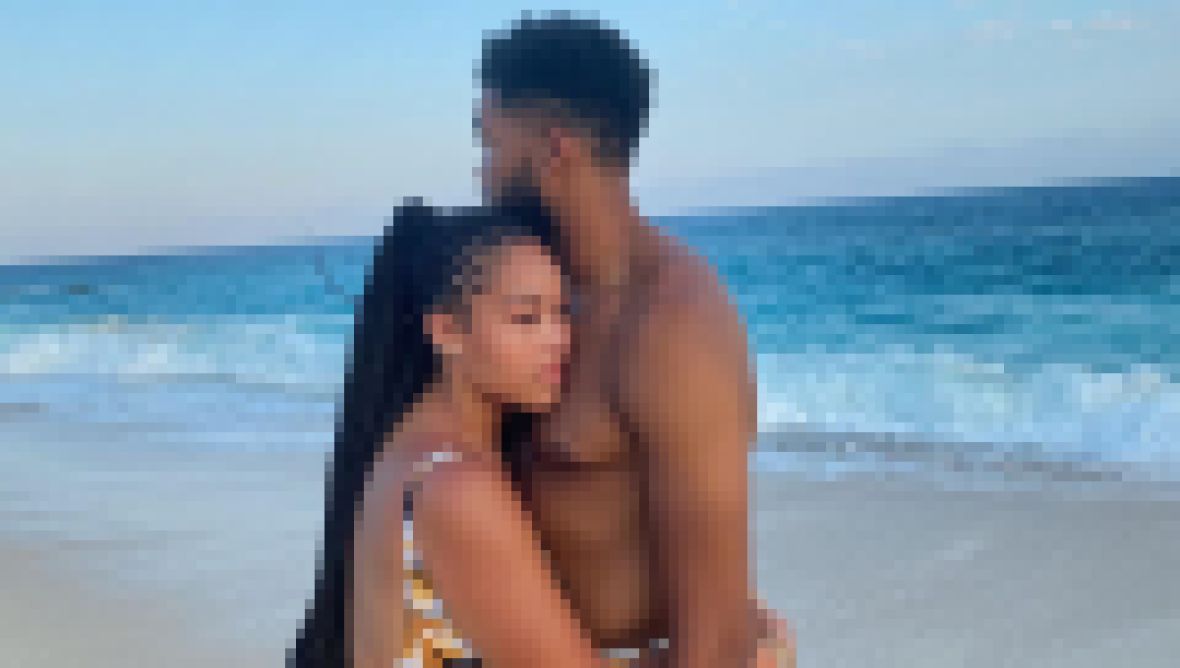 The Instagram influencer also spoke about the backlash she received about the caption she used on the post she made when the pair went Instagram official. “Yeah, people were getting on me about the caption, but I just think that when you find the right one, you can learn even more about yourself,” the California native explained. “It’s about learning to evolve with someone. The right person will bring a lot out of you.”