On May 19, Meghan Markle and Prince Harry will tie the knot in what's sure-to-be the event of the century — but it almost was the wedding that never was! According to a new report, the actress came extremely close to marrying her ex-boyfriend Cory Vitiello, whom she broke up with just weeks before she first met the royal and her soon-to-be husband.

According to the Daily Mail, in the summer of 2014 — a year after she divorced producer Trevor Engelson — Meghan was wining and dining her way through Canada for her now defunct lifestyle blog The Tig when she came across Toronto restaurant The Harbord Room. While she was impressed with their dishes, she also praised the Canadian chef, Cory, in her review, writing, "…and maybe that's part of it — the small-town charm and moral compass of someone who doesn't come from the big city, but dreams big thoughts and makes them happen – that makes his food so approachable yet inspired." Meghan and Cory hit if off right away, and they wound up dating for two years.

Though the two eventually split in 2016, Cory's mother Joanne Vitiello admitted that their romance was very serious, and that the entire Vitiello clan approved of the Suits star. "We are very fond of her. She is a lovely, lovely woman," she told the Daily Mail. "Very smart, very bright, very caring. She's a warm personality, very sincere. We very much enjoyed the time we spent with her. She fit very well into our family. The Royal Family, and Britain, is very lucky to have her." She added that the two were a private couple and avoided attending red carpets and parties together. "It was a pretty conscious decision on her part," Joanne said. "She didn't want it to be public." In fact, there are barely any photos of the twosome, though the chef has posted some shots of one of her dogs on his Instagram.

When asked if she thought her son would ever pop the question to Meghan, she responded, "I won't speak about that. I'll just let you know that we were very fond of her. It was serious. They were together that length of time. They were living together in the house, and they were in their 30s, so they weren't young kids." That seems like a pretty obvious hint that Meghan could have walked down the aisle with Cory if it weren't for fate! 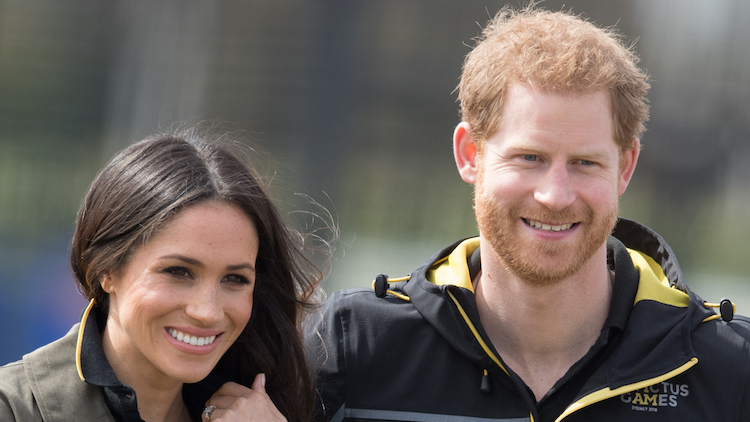 Don't Freak out, but Prince Harry and Meghan Markle Will Probably Be Coming to the US Post-Nuptials