A royal transformation. During her time in the spotlight, Meghan Markle has assumed many roles. First, the Los Angeles native worked as an actress in Hollywood — appearing on television shows like CSI: NY, Deal or No Deal and of course, Suits.

Later, in May 2018, Meghan officially became the Duchess of Sussex after marrying Prince Harry. “A great level of detail went into the planning of our wedding day,” she detailed in an audio guide for the exhibit A Royal Wedding: The Duke and Duchess of Sussex. “We knew how large the scale of the event would be, so in making choices that were really personal and meaningful, it could make the whole experience feel intimate.”

By October of that year, Meghan and Harry would take on their greatest role yet … parenthood! While the joyous news officially broke on October 15, 2018, Meghan sort of gave it away at Princess Eugenie and Jack Brooksbank’s wedding on October 12.

“I didn’t see Meghan touch a drop of alcohol at Eugenie’s wedding. She and Harry left early,” a source told In Touch at the time. “They didn’t stay for the afterparty, which really surprised me, as Harry likes to stay up and have a good time!” 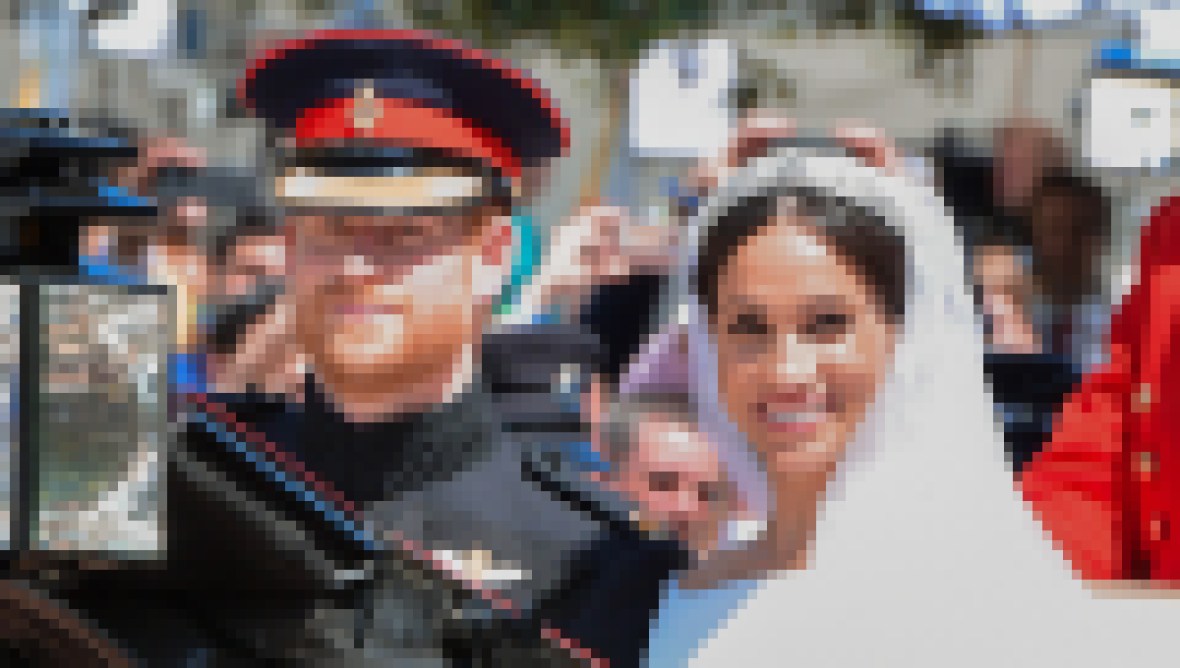 Seven months later, in May 2019, Meghan and Harry introduced the world to their son, Archie Harrison Mountbatten-Windsor. “We are pleased to announce that Their Royal Highnesses The Duke and Duchess of Sussex welcomed their firstborn child in the early morning on May 6th, 2019. Their Royal Highnesses’ son weighs 7lbs. 3oz.,” the pair’s now-defunct Instagram account read. “The Duchess and baby are both healthy and well, and the couple thank members of the public for their shared excitement and support during this very special time in their lives.”

Since then, a great deal has changed for Meghan, Harry and Archie. In January 2020, the couple revealed their plans to “step back” from their royal duties. “After many months of reflection and internal discussions, we have chosen to make a transition this year in starting to carve out a progressive new role within this institution,” the lengthy statement began. “We intend to step back as ‘senior’ members of the Royal Family and work to become financially independent, while continuing to fully support Her Majesty The Queen.”

As of August 2020, Meghan, Harry and Archie have officially left the U.K. and are residing in Los Angeles. Scroll through the gallery below to see Meghan Markle’s total transformation over the years.

Remember this? The mother-of-one appeared in the 2005 movie, A Lot Like Love, starring Ashton Kutcher. While seated in a plane, Meghan’s character reveals her name is Natalie. One more tid bit: She was called “hot girl” in the film’s credits.

In 2006, the brunette beauty portrayed Veronica Perez on CSI: NY in an episode titled “Murder Sings the Blues.” She played a maid for New York’s elite and became one of the suspects when one of her clients was found dead.

The actress also had a short stint on Deal or No Deal from 2006 to 2007. Howie Mandel later revealed he didn’t remember meeting Meghan, but noted how “the models are all accomplished people that have something substantial” during a summer press tour panel for the Television Critics Association.

“So when somebody like [Prince] Harry meets somebody who just happened to be on our show, there’s a lot to offer,” he added.

Flash to the Past

Another fun fact: The royal previously had a cameo on the CW’s reboot of 90210 back in 2008. In the scene, her character Wendy is getting frisky with Ethan (Dustin Milligan) in a parked car.

Meghan also guest starred in the 2009 remake of Knight Rider, where she seeks help from a friend to investigate the murder of her former drill sergeant. The best part: Meghan’s character becomes a cage fighter to get to the bottom of the case.

Of course, we have to mention her role in the 2010 flick Remember Me. Meghan portrays a bartender in the movie, and she briefly interacts with Robert Pattinson’s friend.

In the 2011 movie Horrible Bosses, Meghan played Jamie — a UPS driver who gets hit on by Jason Sudeikis’ character. “You’ve got to be an actress or model or something,” he said in the film.

Meghan also scored a big role in the 2013 comedy film Random Encounters. “Misunderstandings and missed chances abound after two twenty-somethings have a chance meeting in a coffee shop, then later try to find each other again,” the synopsis reads.

In 2014, Meghan played Amy Peterson in the Hallmark Channel movie When Sparks Fly, which is all about “a big city journalist is sent back to her small hometown to write a Fourth of July story.” Afterwards, Amy discovers the life and love she left behind is “exactly what she’s been missing.”

Meghan even had a leading role in the 2015 British film Anti-Social, playing Kristen, the love interest of actor Gregg Sulkin. The filmmakers later released a special edition to give her more screen time after her romance with Prince Harry went public.

Nostalgia alert! Meghan portrayed Cass in the 2016 romantic comedy titled Dater’s Handbook, about a successful woman who can’t seem to find love no matter how hard she tries, so she turns to the handbook for some guidelines at the advice of her sisters.

One of Meghan’s biggest roles was definitely on the hit show Suits. She portrayed Rachel Zane from 2011 to 2018. Meghan left the USA Network original series in season 8.

After Meghan welcomed her first child with Harry, her on-screen love interest, Patrick J. Adams, took to Twitter with a sweet message.

“Just heard that the world just got heavier by 7 pounds and 3 ounces. Much love to him and his incredible parents. Learned first hand 7 months ago how transformational becoming a parent is and couldn’t be happier for Meghan and Harry as they begin this adventure. #playdatesoon,” he wrote in May 2019.

As fans may recall, Meghan was married to actor and producer Trevor Engelson from 2011, but they ultimately divorced in 2013. He also remarried in May 2019.

Prince Harry and Meghan have been a couple since November 2016 and in 2017, the pair announced their engagement, beginning an exciting new chapter of their lives.

Meghan soon began making big life changes, like moving to London, retiring from acting and shutting down her social media accounts. Not long after, the brunette beauty started making public appearances as part of the British royal family.

In 2018, Meghan was dubbed the Duchess of Sussex upon her marriage to Prince Harry. By October of that year, it was announced the dynamic duo was expecting their first child.

On May 6, 2019, the couple welcomed their baby boy: Archie Mountbatten-Windsor.

Harry and Meghan took photos of their bundle of joy in the iconic Windsor Castle and soon introduced him to the world.

In July 2019, the royals posed for a official christening photograph in Windsor, United Kingdom. Meghan, Prince Harry and baby Archie have such a bright future ahead of them!

The End of an Era

By March 2020, Meghan and Harry began to make their final appearances in the U.K. before heading to North America. On March 5, they went to the Endeavour Fund Awards in London.

Two days later, on March 7, Meghan maintained her royal smile at the Mountbatten Festival of Music at the Royal Albert Hall.

On Mach 9, Meghan and Harry attended their final event as senior royals. The pair looked regal stepping out for Commonwealth Day in Westminster Abbey, London.