Enjoying one another. Total Bellas star Nikki Bella and her fiancé, Artem Chigvintsev, enjoyed a low-key date night at home after putting their 2-month-old son, Matteo, to bed on Wednesday, October 28.

“Date night on the couch, our little one’s asleep,” the 36-year-old said in a series of Instagram Stories videos. “Peacefully,” Artem, 38, added. “I had to rock him down.” Nikki laughed and added, “Dada rocks him down. He loves when his Dada rocks him down.” A few seconds later, the reality star added, “We’re debating: Do we stay up until 10 or do we get into bed?” The couple started whispering “going to bed” a few times before Nikki kissed Artem’s head and the clip concluded.

It’s nice to see the happy couple spending quality time with one another amid the Broadway alum’s demanding rehearsal and performance schedule. Artem is currently appearing as a pro alongside celebrity contestant Kaitlyn Bristowe on season 29 of Dancing With the Stars. Fans were thrilled to see the Russian dancer return to the series that made him a household name and that he would be teaming up with the Bachelorette alum after he was not asked to appear on season 28.

The pair have been enjoying as many date nights as they can manage lately. On October 10, Nikki shared a photo of herself and her future husband toasting one another with glasses of red wine. “Mama [and] Dada’s kind of happy hour,” the former wrestler captioned the cute snapshot. 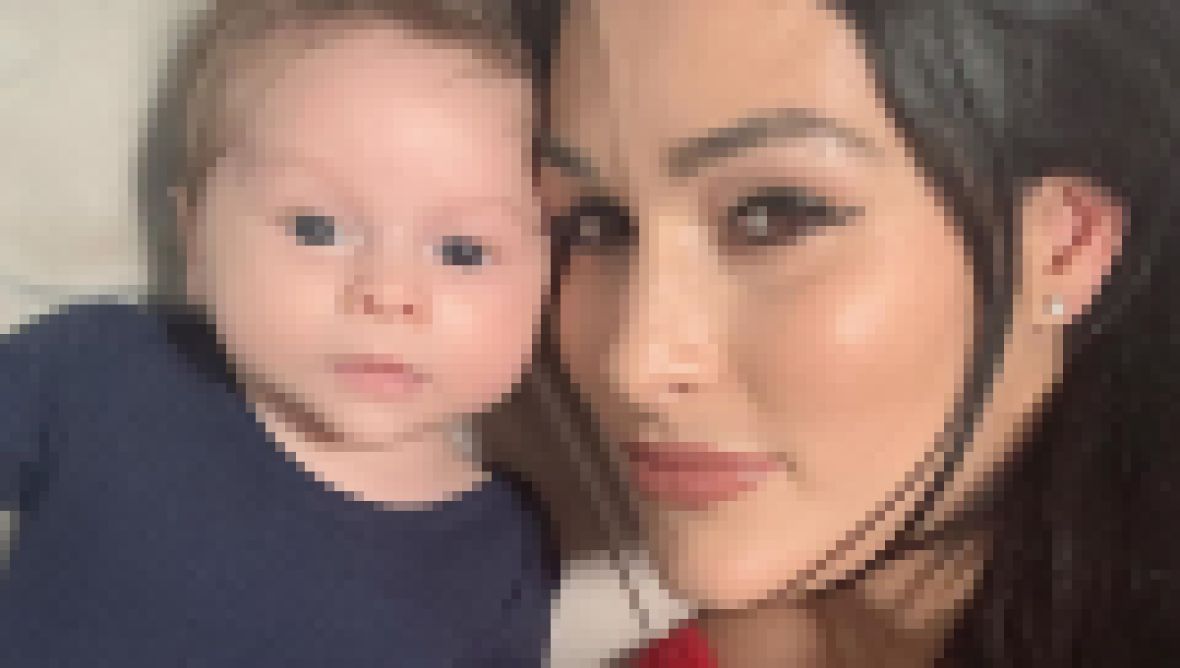 Nikki delivered her first child with Artem on July 31. As for parenthood, things seem to be going well for the couple, as well as Nikki’s twin sister Brie Bella and husband Daniel Bryan after welcoming their son, Buddy, the next day. The two cousins already love each other — and even their parents can tell. “When you see them together, it’s crazy,” Brie gushed during the October 28 episode of their “The Bellas Podcast” show. “Obviously, I do call them spiritual twins but it’s like they’re legit siblings. They’re used to each other.”