The proud mama revealed her son’s birth on Instagram on August 2. “Our baby boy is here and we couldn’t be HAPPIER and more in LOVE!” Nikki captioned a photo of their newborn’s hand gripping hers and her fiancé’s. “Everyone is safe and healthy.”

Nikki and Brie Bella Had the Cutest Baby Bumps — Take a Look Back!

“Nikki and Brie gave birth on almost the same day, and they couldn’t be happier about it,” an insider told Life & Style at the time. “There was no sibling rivalry between them when it came to sharing their special day.” Considering the twins were “already close,” it makes sense that “carrying their babies together and then giving birth so close has only strengthened their bond.”

The former WWE starlets are thrilled to be welcoming two boys into the family. Brie’s hubby and Nikki’s man “couldn’t be happier” about having sons.

Speaking of the Dancing With the Stars alum, he seems to have really taken to being a first-time father. Nikki raved about Artem’s parenting skills on August 3. “[Artem] is the best dad! Our baby boy is so lucky,” she wrote on Twitter. “I didn’t think I could love him even more … but goodness I fell more in love with him the past few days. I feel so blessed.” 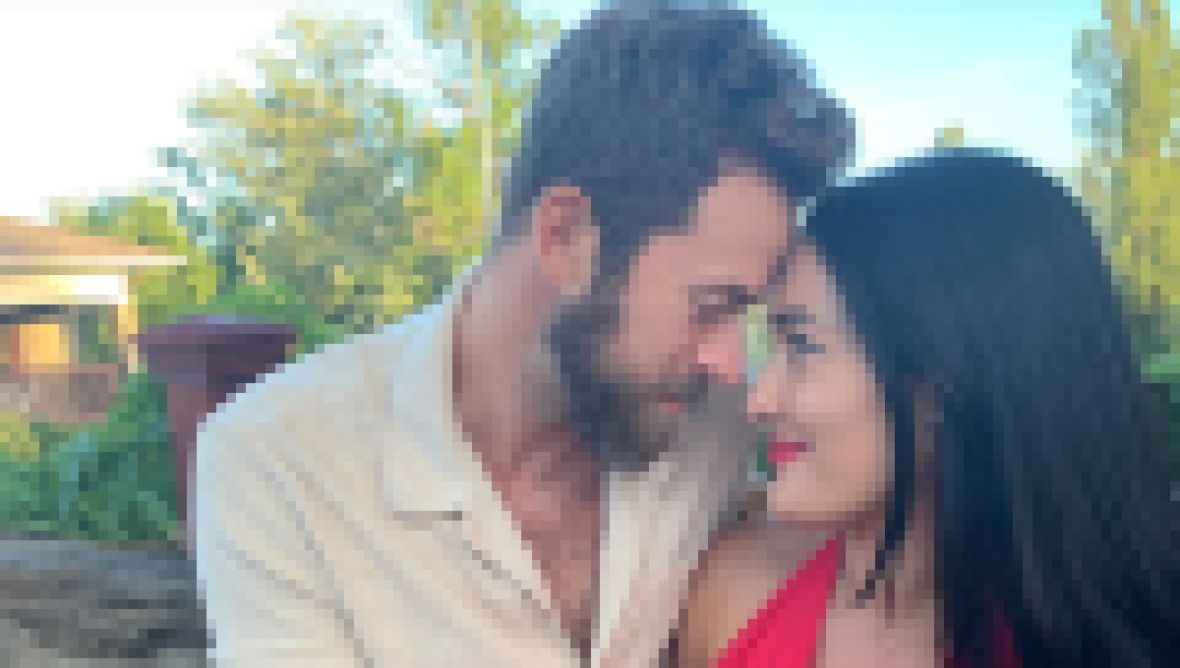 The proud parents revealed their relationship in March 2019, after months of speculation. The Russian dancer proposed to the retired wrestler during a vacation in Paris in November 2019 — but the brunette beauty waited until early January 2020 to reveal the exciting news to fans. Later that month, she and Brie announced their simultaneous pregnancies. Though the twins were due two weeks apart, they clearly couldn’t wait more than a day to welcome their sons.

Scroll through the gallery to see all the photos of Nikki and Artem’s baby boy!

Matteo busted a move while playing around at home and his mama captured the darling moment for her Instagram followers. “My little Fred Astaire … or shall I say my lil [Artem]. Teo don’t bounce, he taps,” she gushed.

Even when Nikki is on the road, she makes sure to bond with her little man.

A classic red lip and Matteo’s sweet face, what could be better?

We can’t believe how fast Matteo is growing.

Artem, Nikki and Matteo are the best at selfies.

Look how happy he looks!

Isn’t Matteo such a little mush?

Matteo looks his happiest when he’s surrounded by loved ones.

What a lucky little man.

Check out those baby blues.

These two are the best.

We hope they framed this one!

Matteo and Artem are the cutest father-son duo around.

“Shared this with some friends … Teo is becoming a lot like his mama! Facials exact! LOL,” Nikki wrote on December 30.

We can’t wait to watch Matteo and Buddy grow up together.

In early December 2020, Nikki and Artem dressed their little one up for his first family shoot together.

Matteo’s mama picked out the cutest outfit for the tiny tot’s first Thanksgiving!

This bow tie and suspenders combo is everything on little mister Matteo.

“Can’t wait for these moments to be in person now,” Nikki captioned this sweet screenshot of Matteo and Artem on FaceTime following the season 29 finale of Dancing With the Stars.

Matteo is his happiest around his mom and dad.

Nikki and Matteo took a trip to Northern California — with some pit stops for kisses, of course.

Those baby blues are everything.

The baby fever is real.

We love when Nikki and Matteo match.

Matteo is a natural.

Nikki revealed her sweet son’s “two front teeth should be here soon” on November 7. “So crazy!” the proud mama gushed.

“The back of his head melts me,” the first-time parent raved about her little boy’s cute head of hair. “The smell, the feels, the look! Oh, I just attack it with kisses!

“My life is so made,” Nikki wrote over a sweet photo of her man holding his baby boy. “These two complete it fully.”

This photo of little Matteo lounging will be the cutest thing you see today, trust us. “The best kind of cuddles,” his mama captioned the snapshot.

Oh little Matteo, we adore you!

“I take in every second and moment of you and with you,” Nikki captioned this photo on October 24, thanking her sister for capturing it.

“I know what he’s thinking … of course Mom had to get the biggest pumpkin at the patch for me,” Nikki wrote in October 2020. “He didn’t want his beanie so Bird started dancing for him and how he was watching her! Omg the cutest! She loves singing and dancing for her Teo!” We love his cute bond with his cousin.

We love how Matteo’s always looking around to see what’s going on.

Baby Matteo definitely takes after his dad, Artem. Looks at those smiles!

Nikki shared the cutest video of her newborn son laughing up a storm while hanging out on his changing table. That smile!

“This face officially owns me for the rest of my life! My Teo can have it all from me!” Nikki captioned this precious photo. “His hair here is giving me full emo vibes,” she added. We can totally see it!

Nikki is a little jealous of her sister Brie’s baby selfie skills, but we think this one is absolutely perfect.

Following in His Footsteps!

Welcome to the World