From friends to parents! Nikki Bella and Artem Chigvintsev had a long history before taking their relationship romantic. If anything, their romance has proved it truly is all about the timing. 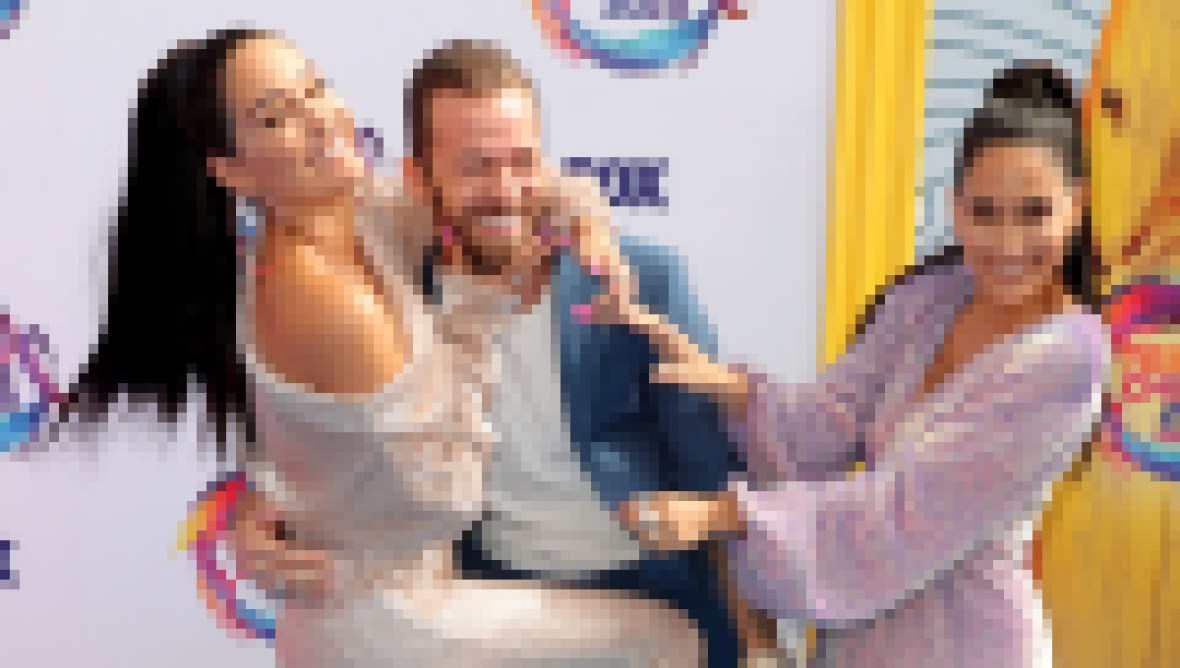 The Total Bellas star was partnered with the Russian stud on season 25 of Dancing With the Stars, while she was still engaged to ex John Cena. They were eliminated during week 6 but continued to keep in touch as pals.

Surprisingly, she admitted on “The Bellas Podcast” in October 2020 that she wasn’t “attracted” to the pro dancer at that point. “The crazy thing being with him now is there was none of those feelings at all,” the Incomparable author dished. However, she noted they definitely had an “emotional bond” because she stepped out of her comfort zone with the reality dance competition.

Nikki and John ended their relationship for good in July 2018 after calling off their wedding two months prior, and she remained single for months. “I still have a long way to go, but honestly, I’m ready for a new me. I need it … I just want to move forward,” the Arizona native said during an episode of Total Bellas at the time.

She finally confirmed her romance with Artem in March 2019 after months of speculation on her podcast with twin sister Brie Bella, but she was careful to mention they were not “boyfriend and girlfriend.” Despite her apprehension, they soon became inseparable. 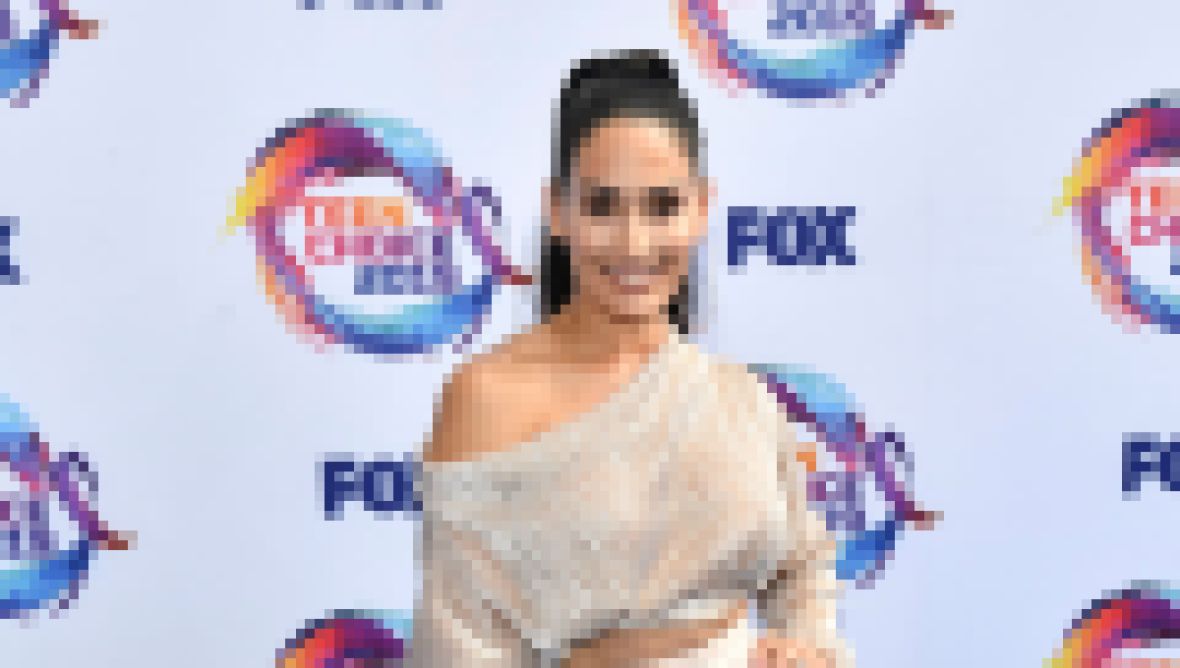 The A-list duo is now engaged and welcomed their first child, son Matteo, in July.  Artem’s season 29 Dancing With the Stars partner, Kaitlyn Bristowe, exclusively gushed to Life & Style that the new parents “have a really good, supportive relationship,” and “they’re such a good team.”

“Every time Artem comes into the studio, he’s always just so happy and in such a good mood, and I know it’s because of Nikki and their newborn,” the former Bachelorette star added.

Keep scrolling for the timeline of their romance to see exactly how Nikki and Artem got together!

The brunette beauty and the Russian native first met during season 25 of Dancing with the Stars. The two were partnered up with each other and were sent home on night seven of the competition.

At the time, Nikki was engaged to her then-longtime beau John Cena. Meanwhile, Artem had called it quits with Chicago Med’s Tori DeVitto, whom he dated from May 2016 to May 2017.

When asked about her wedding plans, Nikki, who was standing next to Artem during the interview, said it would be cool to learn a few moves from him. “I would love for them to help us out,” she told E! News at the time. “Can you imagine going to someone’s wedding and they just whip out these insane moves?”

Artem was on board with the idea of helping out his then-dance partner and her former fiancé. “Well, if John is going to be up for you know, taking some dance lessons, I’m sure we can figure something out.”

Two months later, John sort of confirmed he was down with the idea. “As far as dancing, I think he’s probably gonna teach me my first dance,” the wrestler told E! News at the time, referring to Artem. “So hopefully I’ll be able to take those tips from him there.” How awkward!

Nikki and John called their engagement off after six years together. “While this decision was a difficult one, we continue to have a great deal of love and respect for one another. We ask that you respect our privacy during this time in our lives,” read a statement the couple shared with Us Weekly.

Despite calling off the wedding, the reality star reunited with the actor once again. However, their relationship didn’t last for long.

Nikki revealed to the outlet that she was done for good. “After I called off the engagement, we tried to work on our relationship to get back to where it was in order to move forward with our wedding,” she said in a statement on July 31. “After much time and soul-searching alone, and together, we have decided to officially part ways. I had a beautiful and loving six-year relationship with a wonderful man. I have the utmost respect for John, but I know this is what’s best for me.”

In October, Nikki confessed she’s not interested in dating anyone. “It feels like, you know, when you get married and the next day people are like, ‘When are you having kids?’ and it’s like, ‘I just got married.’ I feel like it’s the same thing. When you become single, it’s like, ‘Oh, are you dating?!'” she told People at the time. “Honestly, I’m so not interested. I’m just not ready yet.”

Despite not being ready, she did try putting herself out there. In November, Total Bellas released a sneak peak of her date with The Bachelorette’s Peter Kraus.

Once again, Nikki sparked dating rumors but this time, it was finally with Artem. A source revealed to Us Weekly that the couple had been seeing each other “for a while” now.

Not too long after news broke that Nikki and Artem were dating, a source exclusively revealed to Life & Style that the couple share a connection. “They got together for dinner and the chemistry from the dance floor came right back,” the insider said. “They hit it off. They’re taking it slow, but they’re really into each other.”

On March 8, Nikki was spotted leaving Artem’s house early in the morning. This created more speculation, especially since neither of them commented on their relationship at the time.

If her leaving his place wasn’t enough indication that they were, in fact, seeing each other, their PDA-filled lunch sure was. On March 10, the two were seen getting cozy and kissing in public.

Finally! Nikki took to the first episode of “The Bellas Podcast,” which premiered on March 27, to confirm her relationship with Artem. “Yes, we are dating. Yes, I spend the night at his house,” she said. “Yes, we have date lunches at Joan’s on Third and we like to get food for his house — or should I say, produce from the farmer’s markets. So, let’s consider this rumor killed.”

They soon became inseparable. They couldn’t help but notice how much they miss each other when they were apart before reuniting in Napa Valley. “Artem flew all the way from London to Napa Valley to meet me at BottleRock,” she explained on her podcast. “I hadn’t seen Artem for a week and a half and I’ll admit during that week and a half, I realized how much I missed my, beautiful, smart, handsome … dancer.”

For Artem’s birthday on June 12, Nikki took to Instagram to give her beau a sweet shout-out. “Happy Birthday to a man who not only makes my face smile, but my heart,” she wrote. “You’re a special one, Mr. Chigvintsev! Your relaxing, calm, patient, kind, happy energy and aura is contagious! You truly are the kindest soul I have ever met. Thank you for bringing a lot of sunshine into my life. Happy Birthday, my Artem.”

On July 3, Nikki gushed over her bae and his relationship with her year-old niece. “And can we just say how cute is Artem with Birdie?” she admitted on her podcast. “And she loves him … he’s going to make an amazing father.”

The pair make their red carpet debut on July 11, at the Kids’ Choice Sports Awards. They were nothing but smiles so it’s safe to say they are still going strong!

On July 17, Nikki revealed on her podcast that she and Artem are finally official. “We’re boyfriend and girlfriend,” she said. “We’re in a relationship.” It was about time!

Nikki admitted in October 2019 that she and her hunky man began cohabitating. “I was supposed to do a show in New Zealand right when my lease was up. Then I couldn’t do the show but had given up my place, so I was like ‘Hey, can I live with you?’” she told Life & Style exclusively.

Nikki and Artem hosted their first Christmas dinner as a couple on December 25, admitting that they spent all day cooking together.

On January 3, the couple revealed they got engaged in late 2019. “Excited for 2020 and the next decade with you @theartemc,” Nikki wrote on Instagram at the time. “I said yes in France in November! We have been trying to keep it a secret but really wanted to share our excitement for the New Year!”

On January 29, the lovebirds revealed they are expecting their first child together. Nikki gushed about the news on IG, giving her future husband a sweet shout-out. “@theartemc, your pure joy, bliss, love and happiness has meant everything to me!” she wrote. “To already watch you step up to be the best dad for this little one makes my heart smile so big! I know we aren’t husband and wife yet but I love our commitment to this child already.”

On August 1, Nikki took to Instagram to announce the arrival of her and Artem’s first child, who was born on July 31. “Our baby boy is here and we couldn’t be HAPPIER and more in LOVE! Everyone is safe and healthy,” she gushed.