The sweetest connection! Nikki Bella and her sister, Brie Bella, couldn’t be more excited to raise their sons, Matteo and Buddy, at the same time. “When you see them together, it’s crazy,” Brie gushed during a Wednesday, October 28, episode of their podcast. “Obviously, I do call them spiritual twins but it’s like they’re legit siblings. They’re used to each other.”

Nikki, 36, agreed with Brie’s sentiment but also noted that technically speaking Matteo and Buddy, who were born just one day apart, share more DNA than the average first cousins. “They’re half-siblings because we’re identical twins,” she said. “Is that a real thing?” Brie laughed. “Yes, that’s a real thing because we share DNA, silly!” Nikki replied.

Since Nikki gave birth on July 31 and Brie gave birth on August 1, the former WWE wrestlers and their little ones spend plenty of time together. So much so, Matteo has come to depend on Buddy. “One thing I love that we have to tell everyone is how much Buddy calms Matteo,” Nikki, who shares her 2-month-old with fiancé Artem Chigvintsev, previously revealed on “The Bellas Podcast.”

“Every time Buddy is around Matteo, it’s like Matteo’s little comfort blanket,” the California native continued. “He is, he gets very calm … and they stare at each other,” Brie chimed in. “It’s so precious and they start moving their arms and legs and it’s as if they’re doing a dance competition, like, a little dance-off or doing sprints. When they move their arms and legs it’s like the cutest thing.” 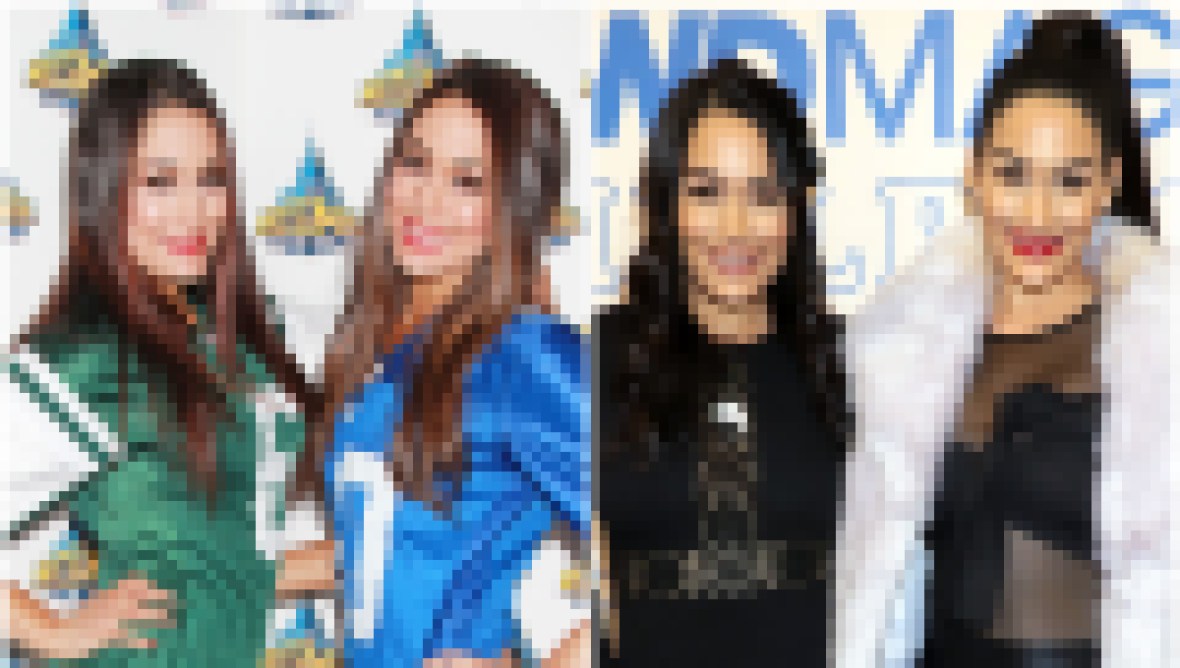 Nikki went on to explain that “if you’re not paying attention” to Matteo, he starts to wiggle around a lot. “He would do that to Buddy to get his attention, but it is crazy because he’ll be really upset and then when Brie came over with Buddy, it was crazy how calm he got and I’m like, ‘Oh my gosh, Buddy is like his little pacifier.’”

While Brie’s newborn already has a big sister, Birdie, whom she shares with husband Bryan Danielson, it’s clear Buddy and Matteo have something special.