Father’s Day is here, which means it’s the only day anyone can get away with terribly great dad jokes, including these very cool celebs. Whether they’re busy being athletes, musicians, actors or reality stars, these guys always make sure to put their kids first, and their sweetest photos together prove that. 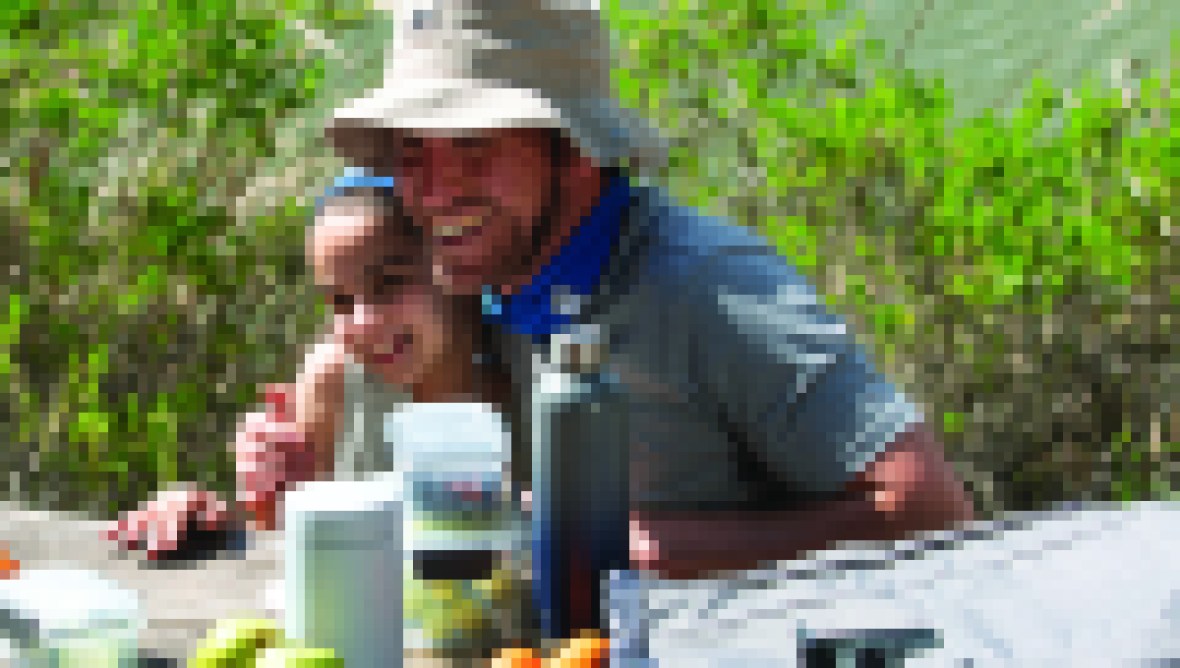 The Best 3 Gifts for Father's Day

One famous dad who is constantly gushing about his kid is Prince Harry. The duke welcomed his son, Archie Harrison Mountbatten-Windsor, in May 2019 with wife Meghan Markle. Since then, the U.K. native has been over the moon with excitement about being a parent. “This has been the most amazing experience I could possibly imagine,” he said after Archie was born.

Parenthood has even changed Harry’s approach to his philanthropic work. “Since becoming a father, I feel the pressure is even greater to ensure we can give our children the future they deserve, a future that hasn’t been taken from them and a future full of possibility and opportunity,” he wrote in a letter for African Parks.

Another devoted celeb father is John Legend. Whether you’ve seen him be a hands-on parent in his famous Pamper commercials or on social media, it’s easy to see the R&B singer adores his daughter, Luna, and son, Miles. John enjoys doing a number of activities with his kids, whom he shares with wife Chrissy Teigen.

“I love doing big things, like going on vacation and going to amusement parks, but the most fun is just hanging out at home and dancing to our record player with them,” he told Men’s Journal.

Some dads parent with their significant others, while others coparent with their exes, and that’s the case for Bradley Cooper. Ever since his split from ex Irina Shayk, the A Star is Born actor has been extra focused on his daughter, Lea, whom he shares with the model.

“Bradley is truly a hands-on parent,” a source exclusively told Life & Style. “He takes her to music classes, museums and gym groups. He’s there for her playdates and doctor appointments, he’s wiping away her tears and working to potty train her.”

Keep scrolling to see the sweetest photos of celebrity dads with their kids!

Kevin has adorable daughters — Alena and Valentina — whom he shares with wife Danielle Jonas.

The rapper is known for not smiling much, but the opposite seems to be the case when his kids are around. North, Saint, Chicago and Psalm, whom he shares with Kim Kardashian, are all to thank for that!

Travis became a dad to daughter Stormi Webster in February 2018, after Kylie Jenner finally took to social media to announce she was a mom. The former couple kept the news a secret throughout her entire pregnancy. Since then, this little family can’t stop sharing photos of Stormi, and we don’t blame them.

The Duke of Cambridge has his hands full with three kids — Prince George, Princess Charlotte and Prince Louis. They may be young now, but these royal kids are in line next to the British throne. Talk about a bright future!

Prince Harry and his older brother, William, may not share much in common with the exception that they’re both parents now. The duke became a dad after being married to Meghan Markle for a year, and together they had an adorable baby boy named Archie.

Chris Pratt may no longer be with ex-wife Anna Farris, but he still makes time for his son, Jack. Family is everything to the Guardians of the Galaxy star, who is expecting a baby with wife Katherine Schwarzenegger.

The soccer star’s kids may vary in age, but they still seem like a very tight-knit family. David and Victoria Beckham welcomed their first child, Brooklyn, in 1999 and their last one, Harper, in 2011.

The Lord has come a long way since he first started dating Kourtney Kardashian in 2006. Though the couple split in 2015, they have managed to successfully coparent for the sake of their three children — Mason, Penelope and Reign.

Rob and ex Blac Chyna welcomed their first daughter, Dream, together in 2016, and despite his issues with his ex, he’s always prioritized his relationship with his mini-me. Dream’s famous aunts are always sharing cute pics of her, so it’s safe to say she spends plenty of time with both sides of her family.

The 21 Jump Street star and ex Jenna Dewan welcomed their daughter Everly in 2013. The couple split in April 2018, but since then, they still do joint activities together for her, like going trick-or-treating as a family.

Before Will and wife Jada Pinkett Smith got together in 1995, the Fresh Prince of Bel-Air alum had a son, Trey, from his previous relationship. Soon after, they became a blended family once Jaden and Willow were born a few years later.

Tristan has a son, Prince, whom he welcomed with ex Jordan Craig. Shortly after, he began seeing Khloé Kardashian, and together they welcomed their first daughter, True. It’s been a whirlwind for the basketball star after experiencing a couple of cheating scandals in the spotlight, but at least he still focuses on his kids.

The former One Direction member and his ex Briana Jungwirth welcomed their son Freddie in 2016 — shortly after the singer took a hiatus from the boyband. For the most part, Louis keeps his personal life as a dad private, but from time to time, he’ll share cute snaps like this.

Like Louis, the “Strip That Down” crooner doesn’t post much of his son. He and ex Cheryl Cole had Bear in 2017. Since then, they’ve managed to keep him fully out of the spotlight — fans still haven’t seen a photo of his face.

Steph and Ayesha Curry have three children together — Riley, Ryan and Cannon, whom they welcomed in 2018. Not bad for a couple who are high school sweethearts!

The former football player currently has three kids — Vivienne, Eric and Forrest — with wife Jessie James Decker. The couple has been together since 2011 and are still going strong.

Similarly, this rapper currently has three kids with Beyoncé. They welcomed Blue Ivy in 2012, and in 2017, they had twins Rumi and Sir. Jay is all about his family these days and we love him for it.

The R&B singer and his wife, Chrissy Teigen, have their hands full with their two kids, Luna and Miles, who are two years apart. The couple honored them with matching tattoos of their names.

Brad and Angelina Jolie may no longer be together but they will forever share one thing in common— the six kids they share. The former couple adopted their first three children —Pax, Maddox and Zahara. Biologically, they had their daughter Shiloh and twins Vivienne and Knox.

A woman isn’t always necessary to raise a kid, and Andy is a perfect example of that. The TV host welcomed his first child, Benjamin, in December 2018 via a surrogate and is doing an amazing job being a dad.

While the actor and Irina Shayk split, it doesn’t seem like it will be an issue in regards to their coparenting relationship. In the past, Bradley called having a family a “miracle,” so it’s safe to say he will continue being there for his little one despite the circumstances. We stan a good dad!