While Scott Disick wasn’t born into the Kardashian-Jenner family, he’s every bit as integral to Keeping Up With the Kardashians as the rest of the famous bunch. In fact, the Talentless founder has been on the hit reality show just as long as Kris Jenner and her six children.

For those of you who have been watching KUWTK since day one, then you already know Scott made his first appearance in 2007 as Kourtney Kardashian’s then-boyfriend. After dating on-and-off for nearly nine years — and welcoming kids Mason, Penelope and Reign — Scott and Kourtney eventually called it quits in 2015.

However, unlike other Kar-Jenner exes (ahem, Kris Humphries and Lamar Odom), Scott stayed in the picture … literally. As of 2020, the New York native continues to be a staple on the E! series.

Even if Scott and Kourtney are former flames and successful coparents, viewers can agree his friendship with Khloé Kardashian is actually the most entertaining to watch.

“Scott and Khloé bounce off each other — they have the same dry sense of humor and are often in hysterics when they’re together,” a source previously told Life & Style of the pair’s dynamic.

“This wasn’t always the case, though. Khloé wasn’t a fan of Scott when he was dating Kourtney because of the way he treated her,” the insider noted. “Since then, he’s cleaned up his act and matured and she’s seen a whole new side to him.” 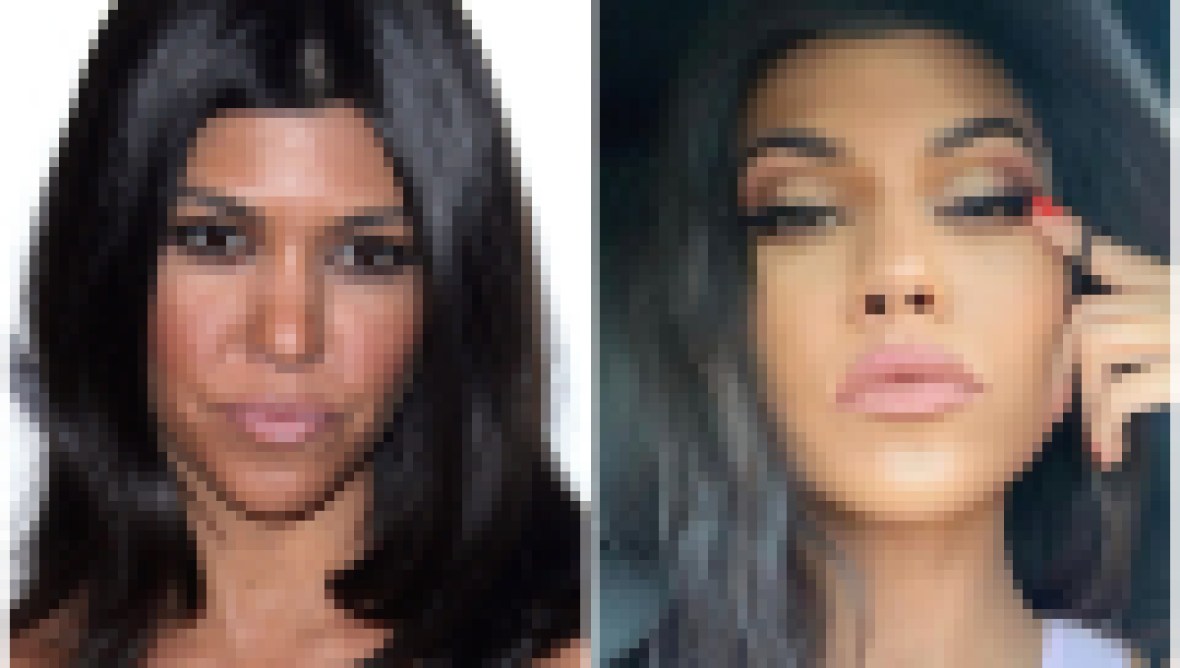 As documented on KUWTK over the years, Scott has struggled with substance abuse and emotional trauma. In earlier episodes, he partied quite a bit and had difficulty accepting responsibility as a parent.

According to a separate source, Scott’s off-again, on-again girlfriend, Sofia Richie, played a huge part in helping the Flip It Like Disick producer turn his life around. “Let’s not forget that before they started dating Scott was partying a lot — and you don’t see that side of him anymore. He’s never out getting too out of control and that’s because Sofia has created a stable life for him.”

Scott and the up-and-coming actress briefly called it quits in May 2020, but as of July, they appear to be back together. Sofia and Scott are “giving love another shot,” a third insider said.

To see Scott Disick’s total transformation over the years, scroll through the gallery below.

During Scott’s early days on KUWTK, he dressed a lot differently than he does now. In fact, more often than not, he wore a suit and bowtie with a slicked-back hairstyle.

It’s rare to see Scott dressed like that these days, especially after he launched Talentless in 2018. Most of his brand’s clothing items can be considered loungewear — including hoodies, sweatpants and T-shirts.

Of course, Scott’s persona, “The Lord,” had a lot to do with his aesthetic.

During a 2012 episode of KUWTK, he purchased an online knighting ceremony on a trip to London.

Believe it or not, Scott actually had to purchase a piece of land to get knighted.

When he wasn’t up to his usual high jinks, Scott actually brought a lot of drama and controversy to the series.

In 2013, Scott’s mom, Bonnie Disick died. Three months later, his dad, Jeffrey Disick, passed away, as well. As a result, he began to party a lot and avoided dealing with his grief.

Later, in April 2020, Scott recalled what that time in his life was like.

“Losing my parents is not an easy subject for me to talk about,” he explained during an episode of KUWTK in which his dad’s best friend Dave pays a visit. “It puts me in a very vulnerable place, to remember them and think about them.”

“I think when my parents passed, it was too hard to talk about,” Scott continued. “As much as I was dreading looking through some photos because I thought it was going to bring out sad memories, I’m happy that Dave brought them with him. The truth is, it brought up so many amazing memories and things that I forgot.”

Scott, who is originally from Long Island, New York, has come a long way, especially as a father.

“We all have our stuff [personal struggles], but he’s a really good guy,” the former dancer gushed. “He’s such a good dad, I don’t know if people really know that. He’s home every night with them, homework, bedtime.”

In summer 2020 alone, Scott has gone on a handful of trips with Kourtney and the kids — including to Utah and Newport Beach, California.

This version of Scott is by far our favorite! Keep thriving, Lord Disick.