While Kylie Jenner might not be interested in sharing any pictures of her daughter Stormi on Instagram right now, her boyfriend Travis Scott has no problem showing off his baby girl on the social media platform. After Kylie deleted all her photos of the four-month-old from her page — to the distress of her 109 million followers — Travis cured those Stormi withdrawals with a cute new snap.

“Gang,” he captioned a photo of himself holding the adorable tot, who was rocking matching Jordans. Although he technically followed Kylie’s rules and didn’t show her face, we’ll take anything we can get at this point — even just a glimpse of Stormi’s adorable chunky legs. So, why did Kylie remove Stormi from Instagram? Well, according to the new mom, she’s “just not sharing photos of my girl right now.” She even committed the ultimate crime and cropped Stormi from her latest selfie!

Travis, 26, and Kylie, 20, might be on the same page when it comes to limiting Stormi’s social media presence, but Travis does not agree with the lavish basics the KUWTK star is buying for their daughter. “Kylie’s spending a fortune on Stormi’s designer carriers, strollers, clothes, and accessories, but Travis thinks it’s too much and wants her and her family to stop spoiling Stormi,” a source exclusively told Life & Style. “She’s just a baby. Travis didn’t have everything handed to him as a child and he wants the same for his baby.”

Unlike Kylie, Travis was raised in a middle-class family, and worked hard — without any financial help from his family — to succeed in the music industry. “He worked for everything he has and feels Kylie’s parenting skills are over-the-top because she’s had a silver spoon in her mouth since birth,” the source explained. “He wants Kylie to have some perspective and stop spending so much on the baby before it’s too late.” 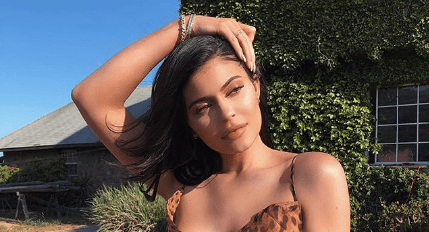 Kylie Jenner Doesn't Have Just One Nanny for Baby Stormi— She Has Four! (EXCLUSIVE)
Top stories