A-list talent! Adrienne Bailon has been in the spotlight since being discovered by Ricky Martin in 1999 at just 16. She went on to become a member of girl group 3LW, star in memorable films like The Cheetah Girls and is currently a talk show host on The Real. After more than 20 years and multiple career changes, the starlet is as gorgeous as ever.

Adrienne was plucked from her church choir to sing backup vocals for the “Livin’ la Vida Loca” Tour after the “She Bangs” artist saw her talent while performing at Madison Square Garden.

“Coming from very humble beginnings in the projects of the Lower East Side and not having any ‘Hollywood’ connections … It did not seem realistic,” the All Things Adrienne host said at the time. “I sang in church, acted in all the church and school plays … So when the opportunity came to join a girl group I was ready!”

The Manhattan native was signed by Epic Records as a member of 3LW along with Kiely Williams and Naturi Naughton, and their debut album dropped in 1999. After songs like “No More (Baby I’ma Do Right)” and Playas Gon’ Play), the ladies had the opportunity to tour with A-list musical acts like Destiny’s Child, Nelly and Jessica Simpson.

However, 3LW had inner turmoil and broke up in 2002 after Naturi left the group. After her exit, the two remaining members joined the Cheetah Girls with Raven-Symoné and Sabrina Bryan, and their new crew became the inspiration for the hit Disney movie.

Naturi and Adrienne have since buried any animosity, and her former bandmate even appeared on The Real in 2017.

“There was a lot that went on during that time, and just to look back — we were so young, it was crazy. And, that I genuinely from the bottom of my heart never met any harm to you,” the XIXI jewelry creator said during their sit-down. “I think you’re talented and beautiful.” Naturi acknowledged that it was a “hard time” for the group as teens and was happy to bury the hatchet. 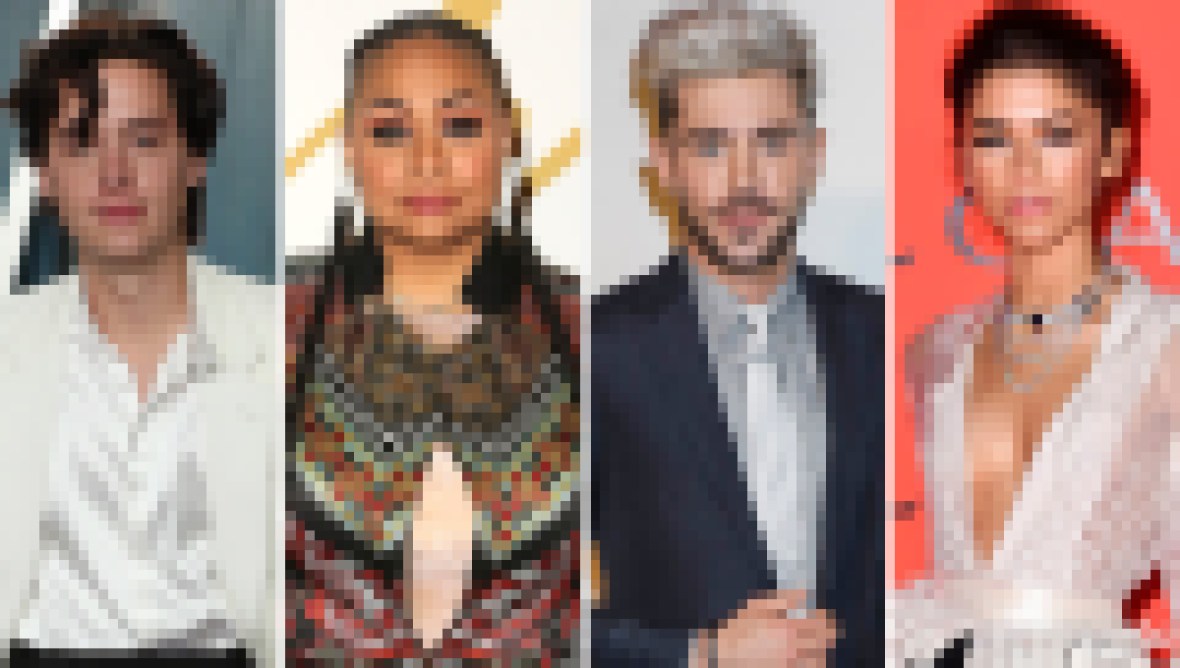 Nostalgia Alert! Find Out Which Former Disney Stars Are Single or Taken

As her career climbed, Adrienne’s love life also got a lot of attention when she sparked up a romance with Rob Kardashian. They dated from 2007 to 2009, and the starlet confessed her high-profile relationship with the Keeping Up With the Kardashians star overshadowed her professional accomplishments.

“I was like, ‘Guys, but I’ve accomplished other things.’ And, I think that even got misinterpreted as me saying at some point I wish I had never done the show,” she told Us Weekly in 2018. “I don’t think it was that at all … I just was annoyed that people tried to say that that was the only thing I had accomplished … So that was a sucky spot in my career.”

She’s moved on and has been happily married to her husband, Israel Houghton, since 2016.

Adrienne’s had quite the journey and she’s as beautiful now as ever. Keep scrolling to see her transformation through the years!

The starlet hung out with Fat Joe and radio personality Angie Martinez on the set for “Crush Tonight” music video.

We adore Adrienne’s fun personality — then and now.

Adrienne and Kiely posed together during the Pirates of the Caribbean: Dead Mans Chest in Los Angeles.

We are loving this glammed up look from the Illegal Tender film premiere.

People were obsessed with Adrienne and Rob’s relationship.

Adrienne played up her stunning makeup by pulling her hair into a tight ponytail.

A newly single Adrienne looked to be having a blast at the Victoria’s Secret Fashion Show.

The starlet was glowing during this appearance.

The New York babe was pretty in pink.

Adrienne stood out in this electric blue dress and a bright red lip.

She rocked this two-piece outfit and chic pulled back hair at the Television Industry Advocacy Awards.

How gorgeous was Adrienne in this purple gown at the NAACP Image Awards?

The starlet looked cute and casual on the red carpet in Los Angeles.

We can’t wait to see what’s next for Adrienne!