“Nana visits are the absolute best,” the 36-year-old captioned a set of five photos from their hangout session with Nana, Brie and Nikki’s maternal grandmother. In some of the snapshots, the sweet cousins smiled and stretched out on a blanket in their pajamas. In others, they were held by their great-grandparent — one in each arm! In the final photo from the scroll, both Nikki and Brie, 36, could be seen playing with their sons on the bedspread.

Both of the WWE alums have been happy to share their motherhood journeys with fans after giving birth to their sons just one day apart. The same day as Nana’s visit, Brie revealed what she and husband Daniel Bryan (real name: Bryan Danielson) would have named their son if he was born a girl.

“I wanted Branch for a name. I know when we had Birdie, Branch was in my top 5 and people thought I was crazy but I thought Birdie and Branch would just be like the sweetest, cutest little girls,” she gushed. “Bryan was really drawn to Blossom. Obviously you know us always with the B, but we wanted anything that’s, like, nature-inspired.”

On September 12, Nikki shared what “baby daddy duty” looked like for fiancé Artem Chigvintsev while the Total Bellas star was showering. She shared an image of the father of her child, 38, cradling their baby boy as the pair took a little nap. “OK, super, super cute,” the proud mama gushed in a video clip after posting the picture to her Instagram Stories. “He’s definitely a keeper for life.” 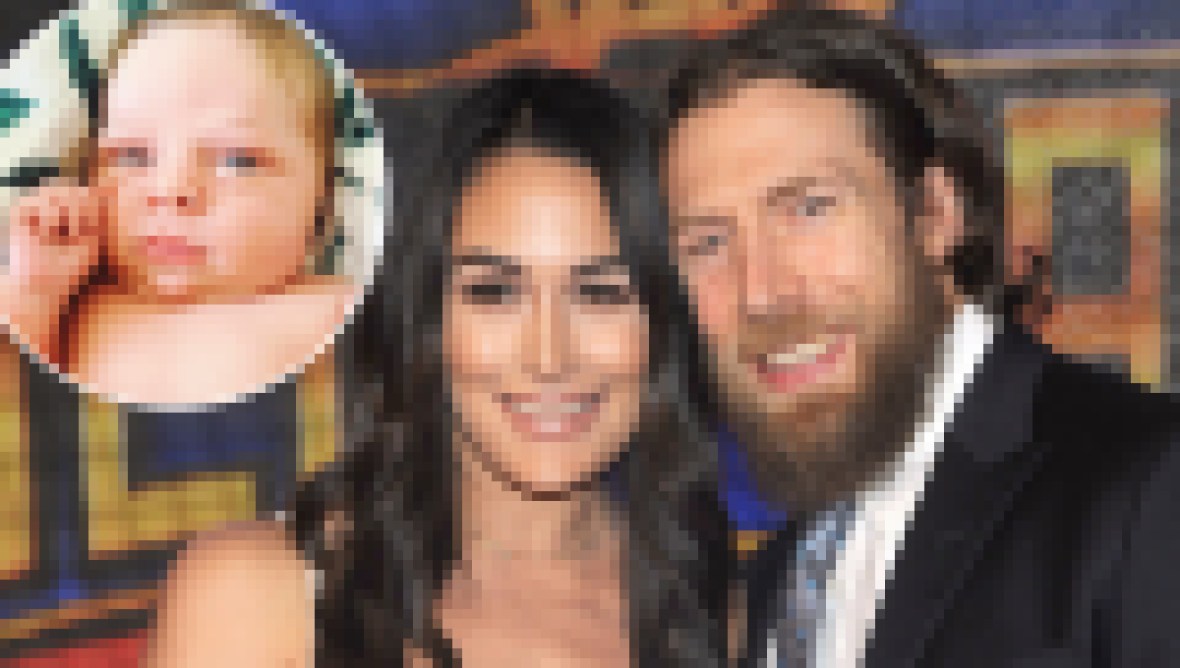 Nikki and Artem welcomed their first child on July 31, just one day before Brie and Daniel, 39, welcomed baby No. 2 on August 1. “Nikki and Brie gave birth on almost the same day, and they couldn’t be happier about it,” an insider exclusively told Life & Style days after the tiny tots were born. “There was no sibling rivalry between them when it came to sharing their special day.”

Scroll through the gallery below to see photos of Nikki and Brie’s sons, Matteo and Buddy, hanging out with their Nana!

These two cuties seemed so thrilled to be hanging out with their great-grandmother.

Nikki and Brie got a little playtime with their boys after Nana.

These little guys are such hams!