Spill the tea! Bachelor Matt James reacted to fans saying contestant “Queen” Victoria Larson was a producer pick after he gave her a rose during the first elimination ceremony on Monday, January 4. 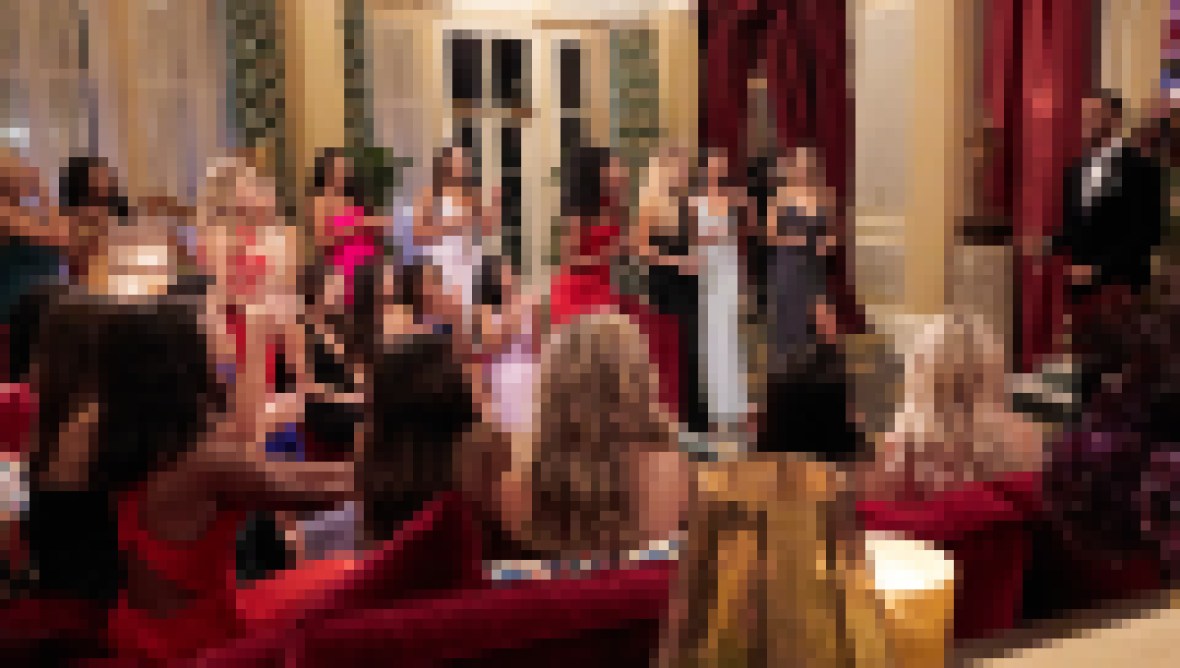 Victoria, 27, arrived to the Nemacolin Resort in Pennsylvania, where they filmed the entirety of the season, sitting on a throne that was carried by four men. The contestant wore a sparkly white dress and tiara because she crowned herself the “queen.” She was given the last rose during the elimination ceremony.

Viewers immediately took to Twitter and claimed Victoria was a producer pick. “Wait WHAT!? Queen Victoria got a rose???? I can’t believe that was entirely Matt’s decision and not at all a producer rose!!” one person tweeted. “These are the moments we know the producers are involved. No way Matt would have kept Victoria, but she brings the drama,” someone else added. “The producers absolutely made Matt James pick Victoria. No shot she stays otherwise,” another tweet read.

“I appreciated everything about Victoria’s entrance and who she was because … whatever you need to do to stand out she did it,” the Wake Forest graduate told the late-night TV host. “I remembered her name, and it was lighthearted and it broke the ice.”

Although she seemed to ruffle feathers with her grand entrance, Matt noted the California native was actually “popular” among her fellow contestants.

Over 30 women stepped out of the limo during night one, making it the biggest contestant roster in Bachelor Nation history, so Matt definitely has his work cut out of him. Luckily, he knows exactly what he’s looking for.

He told Good Morning America in June he’s “looking for qualities” his “mom embodies,” which includes someone who is “selfless, honest, caring [and] compassionate.”

“Those are qualities found in women all shape, sizes and races, and it’s not a Black or white thing,” the real estate analyst said. “So, I’m hoping that when that limo pulls up there is a lot of diversity, and I see every type of woman coming out of that limo.”

Victoria’s royal entrance caught Matt’s eye, but will she continue to wow him? If you can’t wait, see season 25 spoilers here!