It’s on! Matt James’ journey on The Bachelor has already been a wild ride. The leading man formed strong connections and made tough decisions from the get-go of season 25, and each week got even harder. 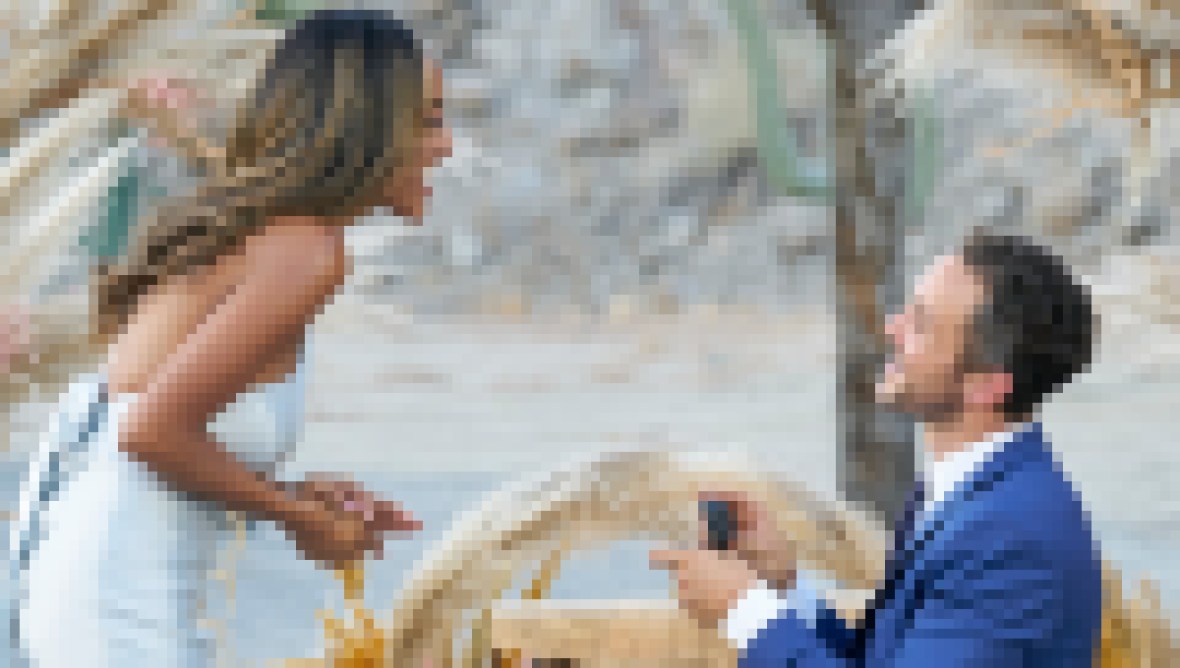 Matt, 29, was named as the first Black Bachelor in franchise history back in June. Surprisingly, he had previously never appeared on any Bachelor Nation show.

The real estate analyst was connected to the Bachelor world through BFF and NYC roommate Tyler Cameron, and he was cast as a contestant for Clare Crawley’s season in March. However, he was bumped up to leading man prior to The Bachelorette being filmed in July after it was postponed amid the coronavirus pandemic.

Matt admitted he had apprehensions about going on the show since he never went through the process personally. “Well, I’ve seen it work out for people in the past, and I reached out to those people. Because as someone who has never been a part of that, there’s gotta be some skepticism,” he told Good Morning America before the premiere on January 4. “They reassured me to just be myself and trust the process and to be open and vulnerable, and that’s what I did.”

His season promised to deliver drama right off the bat, considering the Wake Forest grad confessed he had “never been in love” before. To make his journey even more interesting, nearly 40 contestants were initially announced for season 25. Like season 16 of The Bachelorette, Matt’s season was filmed entirely at one location — the Nemacolin Resort in Pennsylvania.

ABC executive Rob Mills told Variety the surplus of contestants was due to health concerns with COVID-19. “We brought all these women out just in case any of them tested positive,” the reality exec said. “You just never know, so we always have alternates. Maybe next time, we don’t have to bring in as many people.”

Matt told Good Morning America in June he’s “looking for qualities” his “mom embodies,” such as being “selfless, honest, caring [and] compassionate.”

“Those are qualities found in women all shape, sizes and races, and it’s not a Black or white thing,” he continued. “So, I’m hoping that when that limo pulls up there is a lot of diversity, and I see every type of woman coming out of that limo.”

We hope Matt finds love! Until then, see who got eliminated during season 25 so far.

Sarah eliminated herself during the January 18 episode after struggling with missing her father, who is battling ALS. She was considered a frontrunner after she had an amazing one-on-one date with Matt, and they had an emotional goodbye.

During the week 3 episode on January 18, Matt sent home a handful of women during the rose ceremony, including Sydney.

After some drama with “Queen” Victoria, Marylynn was eliminated during the rose ceremony.

Matt said goodbye to Kristin during the rose ceremony.

Illeana and Matt didn’t have a love connection, and she was sent home during the rose ceremony.

Alana was eliminated during the rose ceremony.

Adding Slide: Week 2: Everyone Was Safe

The January 11 episode ended on a cliffhanger when contestant Sarah Trott walked out of the rose ceremony because she was feeling faint. No one was eliminated during the episode.

The professional ballerina didn’t make a love connection with Matt and was eliminated during the first rose ceremony on January 4.

Carolyn seemed excited about a future with the leading man but was sent packing during week 1.

The social worker is ready to find love, but unfortunately, it won’t be with Matt.

The Connecticut native didn’t form a strong enough connection with the leading man.

The realtor seemed like an amazing catch, but things simply didn’t work out on The Bachelor this time.

It wasn’t love at first sight between the Seattle native and Matt. She was eliminated during the first rose ceremony.

She received the nickname “goat girl” thanks to her limo entrance and was sent home later that night.