Is Becca Kufrin about to follow in Arie Luyendyk Jr.'s footsteps and fall in love with two people during her season of The Bachelorette? Chris Harrison — the most dramatic host to ever host the show — is kind of making it seem that way! "You have that built-in story, the heartbreak and her coming off of that…the way she was treated, but it's kind of interesting how she will deal with it," Chris told E! News of the upcoming season.

"Will she fall in the same trap that Arie did?" He continued, "She was very cognizant of how she was acting and how she was treating the guys and not doing that." But, now that Becca has gone through the process a bit differently, Chris said he thinks she can understand why Arie made the decision that he did.

Do you want to go out? 🔲yes 🔲YUS Thanks for the talking points, mom. Glad I didn’t have to write them on my hand

"But at the end I will just say this: She can — not understand what Arie did — but definitely sympathize with what happened," he said. Despite the drama that Chris is so predictably teasing, he assures Bachelor Nation they will absolutely fall in love with Becca on The Bachelorette — if they haven't already.

"It's awesome. It's a kick-ass season," he said. "I'm excited because I know how good it is. I can't wait for everybody to see it."

An apple a day keeps the doctor away. So I ate 23 of those honeycrisps because I don’t want to see Dr. Kathryn for a while… #thebachelor #appleofmyeye

Becca's story shook fans to the core after Arie proposed to her on the season finale of The Bachelor and then broke things off weeks later only to fall back into the arms of runner-up Lauren Burnham. Not only did he completely blindside Becca and candidly film the entire break-up for the world to see, but he also then proposed to Lauren on After the Final Rose — with Becca somewhere in studio.

The whole thing was a total disaster, but thankfully, it seems like Becca has finally found love of her own. And while Chris couldn't say exactly who she chose, fans should be eager to watch and find out — especially since she can now sympathize with how Arie felt!

Can't wait until the finale? Check out our Bachelorette spoilers to find out who Becca picks! Also, be sure to join our Bachelor Facebook group to chat about all the latest updates, exclusive interviews, and juicy gossip! 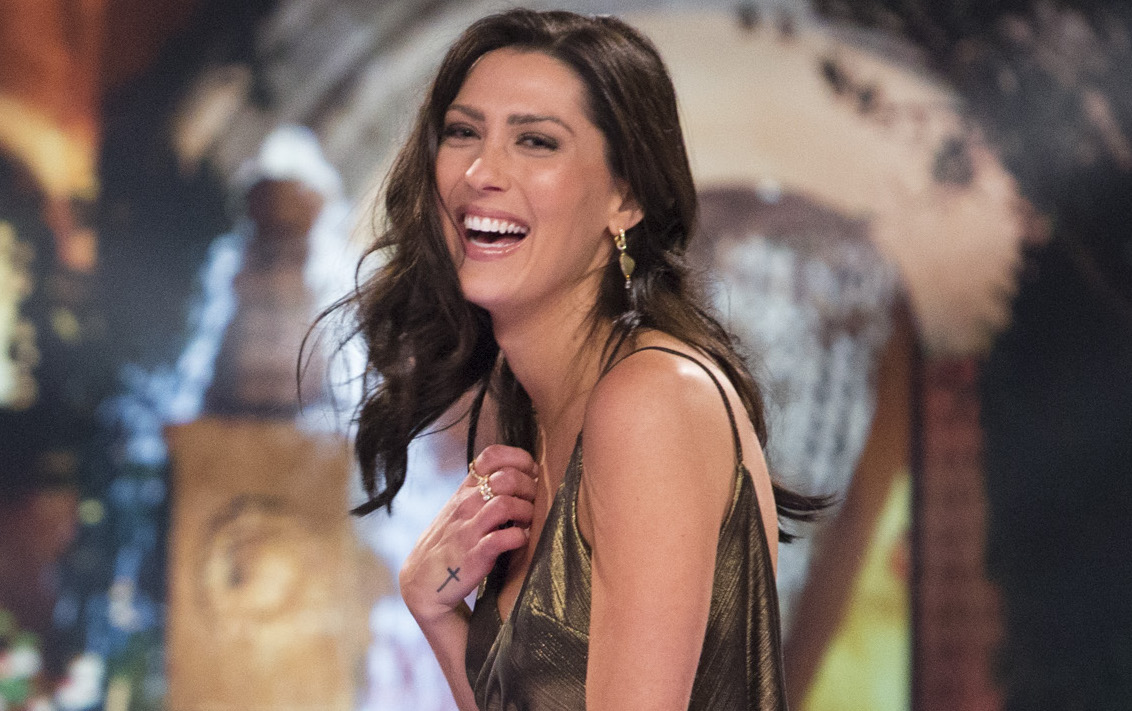 Lincoln from 'The Bachelorette' Used to Poop on the Floor, and We're Officially Grossed Out (EXCLUSIVE)
Top stories