Hollywood or Hollyweird? If you look closely enough, there are so many celebrity doppelgängers in showbusiness. In fact, over the years, plenty of stars have acknowledged their famous look-alikes themselves.

Take Keanu Reeves’ girlfriend, Alexandra Grant, and actress Helen Mirren, for example. Shortly after Life & Style broke the news of Keanu and Alexandra’s relationship, the internet began to confuse the visual artist and Oscar winner. “That was very flattering on me, you know, because she’s obviously lovely,” Helen told Entertainment Tonight in November 2019.

Other celebrities aren’t quite as gracious when it comes to the constant comparison. Enter: Zooey Deschanel and Katy Perry. The former New Girl star and “Part of Me” artist look more alike than Zooey and her actual sister, Emily Deschanel, do.

“It’s a little bit annoying, to be totally blunt. The only similarity that we have is that we look a little bit alike,” the 500 Days of Summer actress told MTV in 2009. “I have met her before. She seems like a nice person. I’m happy that she’s famous enough now that she’s not going out and being mistaken for me.“ 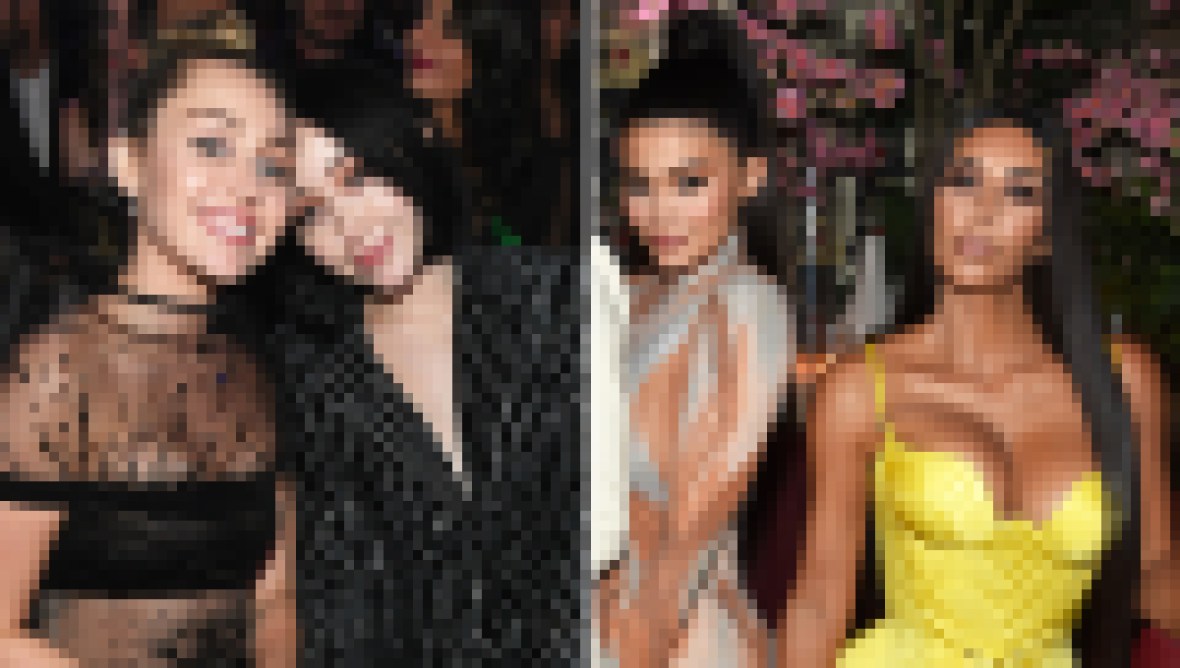 Seeing Double! Pairs of Celebrity Siblings Who Could Pass for Twins

Zooey was mistaken for Katy so much that it began affecting her personal life. “I used to get, ‘I heard you were out at such-and-such club drinking whiskey!’ [when] I was at home watching TV,” she recalled. “I think we lead very different lives. At some point, I feel like this will stop being a thing. I like the way my life goes. It’s sort of strange to be associated with someone [who’s] doing such different stuff than me. It’s weird.”

Well, since then, Katy has gone on to settle down with fiancé Orlando Bloom and start a family. So, we hardly think she’s out drinking whiskey at clubs. As for Zooey, she and boyfriend Jonathan Scott celebrated their one-year anniversary in August 2020.

(P.S. She and Katy still look exactly the same. Sorry, not sorry, Zooey!) To see side-by-side photos of more celebrity doppelgängers, scroll through the gallery below!

We weren’t kidding! Between the big blue eyes and button noses, Katy and Zooey could be twins.

While the former Parks and Recreation actor is over a decade older than the Vampire Diaries alum, the handsome A-listers share a striking resemblance.

It really is hard to believe the former Mad Men actress and Gifted alum aren’t related.

Despite their considerable age difference, Rachel and Kaia are dead ringers for each other.

Bryce and Jessica’s resemblance goes beyond hair color, but it certainly doesn’t hurt that they both have beautiful strawberry blonde locks.

The eyes, the pout, the bone structure — Mila and Sarah were definitely cut from the same cloth.

Fun fact: The former Legally Blonde actress and longtime Keeping Up With the Kardashians star are actually besties.

OK, can you even tell which is Natalie and which is Kiera?

While Lily and Jennifer share an overall resemblance, it’s their eyebrows that really make them look alike.

Jaime is 13 years older than Robbie and yet, we see no difference.

Zack and Cody? More like Zach Braff and Dax Shepard.

Alright, Minka and Leighton have to share DNA … there is no other explanation.

As if one Angelina Jolie wasn’t intimidating enough, right? She and Megan both have perfect pouts and epic bone structure.

When season 2 of You aired on Netflix, fans couldn’t help but notice just how much Victoria resembles Hilary.

Who else thought Chelsea played Effie Trinket in the Hunger Games trilogy? Nope, that was Elizabeth.

Whether you agree that Jeffrey and Javier look alike or not, there’s no denying how handsome these doppelgängers are.

Everyone knows Penelope and Salma are best friends … but are they secretly sisters, too? Looks like it!

Seeing double is an understatement when it comes to the former Vampire Diaries star and Victorious alum.

Jordin and America have the same deep brown eyes and pretty smile.

The former Guardians of the Galaxy actress and Westworld actress have eerily similar bone structure.

Even when Rachel dyes her hair brunette for her role on The Marvelous Mrs. Maisel, she and Evan Rachel still look just alike. (Plus, they basically have the same name!)

Jennifer is just a tad older than Hilary, but people have been confusing them for years.

Helen and Alexandra have the same kind smile and amazing white hair.