You got this, girl! Dancing With the Stars host Tom Bergeron admitted that former Bachelorette star Hannah Brown has a real shot at winning the season. She and her partner, Alan Bersten, had a tough couple of weeks after the Bachelor Nation babe was critiqued for her “shyness” while performing. However, Tom thinks the duo should keep their sights set on the finale.

“I think Hannah is among several contestants who deserve to have an eye (or two) on the Mirrorball,” the 64-year-old told Us Weekly on October 30.

The Alabama native and dance pro received some of their harshest reviews so far during the Halloween-themed episode on October 28. “You’re not really staying in it,” Carrie Ann Inaba told Hannah about her jazz performance to “Bad Girls” by Donna Summer. 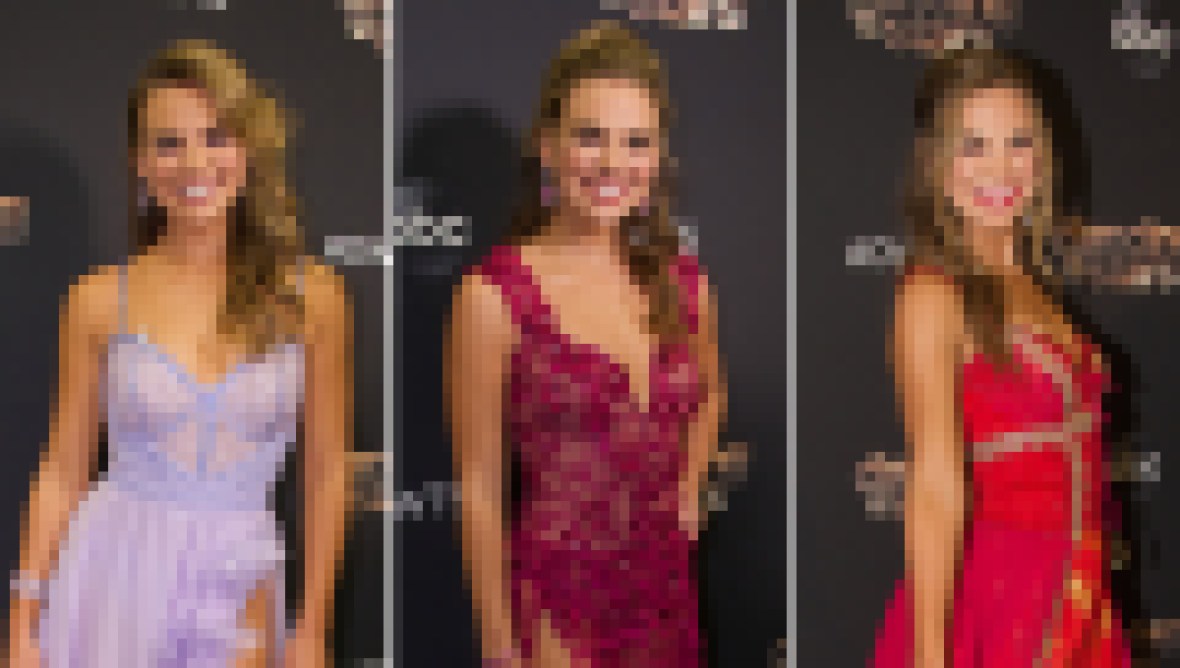 However, Tom didn’t think the observations were “accurate.” He added, “I’m not seeing the disconnect the judges addressed, to be honest.”

Carrie was very specific about what she’s looking for in the next dance from the reality star. “I want you to stay open. We want to get to know you through the dance. We want to see layers that nobody has seen before and I know it’s hard to do but, I swear, if you open up and let it go raw out here, we will be here for you,” she added.

Surprisingly, Alan agreed with the critiques. “I think, honestly, it’s so accurate. Hannah is incredible but she’s a bit insecure and I’ve been working so hard to get it,” he confessed. “She has no reason to be insecure. She is such a beautiful, hardworking person.”

Although she’s hit a few bumps in the road, Hannah is ready to get back on track. She took to Instagram to explain where she is at emotionally. “I came into this experience a little broken and confused — more than I’ve shared. Everyday [sic] has brought its challenges with my past, my fears and the uncomfortableness of opening myself up again to be judged on something VERY scary like learning a new skill to perform each week,” she confessed in a candid caption after the episode aired. “Last night was really defeating for me and a lot of suppressed emotions started to surface from this amazing but grueling experience.”

She promised fans that she’s ready for what’s ahead. “It’s true there is a disconnect … I KNOW I have a lot more I can give. I want to be able to feel free and confident to dance with my whole heart. I’m working on getting there,” she acknowledged. Besides her loyal followers, Bachelor Nation alums — including her ex Tyler Cameron — showered her with support after she posted her honest message.