That’s dedication! Teen Mom 2 star Kailyn Lowry revealed her ambitious weight loss goal just over a month after giving birth to baby No. 4. “My goal right now is to drop 50 pounds and join the Air Force Reserves,” the 28-year-old revealed on the Thursday, September 17, episode of her “Coffee Convos” podcast with cohost Lindsie Chrisley.

“I signed up at this gym that’s local to my area,” Kail, who gave birth to son Creed on August 3, explained about how she plans to work off the baby weight. “It’s not CrossFit — but it’s sorta … like with the classes, it’s like CrossFit in that way. But it’s like, resistance bands and you wear a harness and stuff and you do these cool workouts.”

Kail then addressed what she considers to be her major personal obstacle when it comes to weight loss. “We’ve talked about this before,” she told Lindsie, 31. “Working out is not the problem for me, it’s the eating that’s a huge issue for me.”

“When I went to go meet the owners, they were so nice,” the MTV star said of her new gym family. “I was just explaining to them where my head is at, because it’s really mind over matter for everything. Even the food discipline. Their motto is six in one.” She went on to detail how the fitness center owners have a philosophy that states you’re on track if you stay consistent six out of seven days a week. “On Sunday, if you f—k up, that’s OK,” Kail added.

It seems the reality TV starlet is inspired by the practice and feels dedicated to her milestone goals. “I have to get my head in the game,” she told her cohost.

Kail revealed she was pregnant with her fourth child, whom she shares with ex-boyfriend Chris Lopez, in February. “We’re confirming the news, baby #4 is coming soon! I’m almost 16 weeks pregnant [and] it’s been a rough few months this time around,” she said on Instagram at the time. “I’ve had nausea, morning sickness, and absolutely no energy. This week I’m starting to feel a bit better and I’m really hoping it stays this way!” 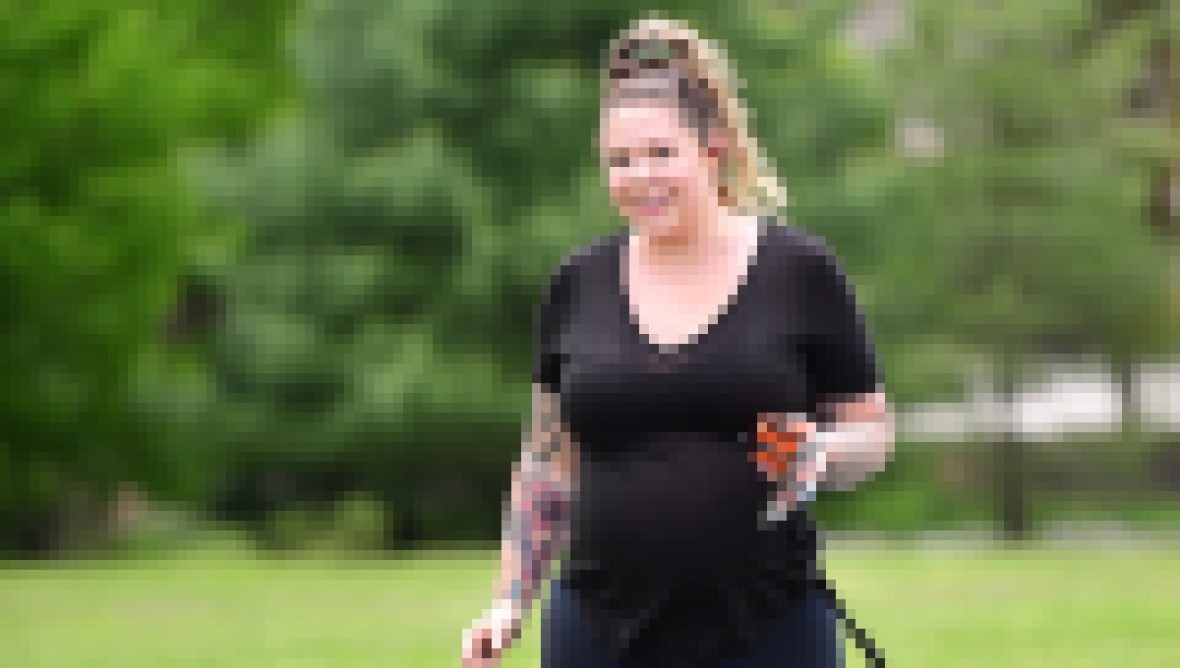 Upon her newborn’s arrival in early August, Kail gushed to E! News, “We are all healthy and so in love. I can check giving birth during a pandemic off my bucket list now.” The podcaster shares her first child, son Isaac, with ex-boyfriend Jonathan Rivera, and her second child, son Lincoln, with ex-husband Javi Marroquin. Chris is also father to Kail’s third child, daughter Lux.